A quick snapshot of what is going on with the Earth's heartbeat,the Schumann Resonance.
Text your friend when it spikes.
Link to Reddit groups.
Collective consciousness.
Ascension process.

This release has some exciting new features that some users have requested. We've added a historical view of the Schumann Charts. As usual, each chart represents 3 days of activity. Now though, when the 3 days are up, the image doesn't just go away forever. Instead, you can still look back and see them in the App! People also often ask for the timezone of the charts. Although the difference in zones really shouldn't matter, as "now" is "now" regardless of what timezone you're in, we've nonetheless added the current times for the measurement station in Russia, when the 3-day charts are saved to the App, as well as your own current time for cross reference. We hope it helps. Finally, it can be difficult to discern when photos aren't loading, whether the App is still trying to load them, or the Russian feed is down. We've added an error timeout to each image that helps you to know to try reloading the App later. We wish there were more we could do in this regard, but at least now, if the Russian site is down, and it isn't your WIFI, at least you'll have the historical shots! We also did a minor redesign. Let us know what you think of it all, and enjoy fellow Schumann watchers!

Schumann Resonance is an application developed by Alexander Frascona and released on iOS. The app is compatible with iOS 10.0 or later on the following devices: iPhone 11 Pro, X, Xs, SE, iPhone 8, 7, 6, iPad Pro and iPad Mini. 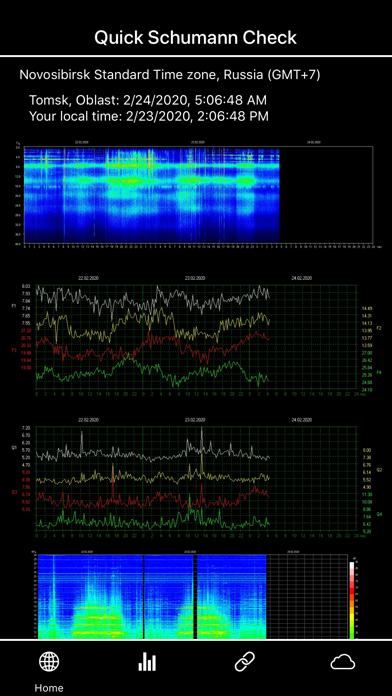 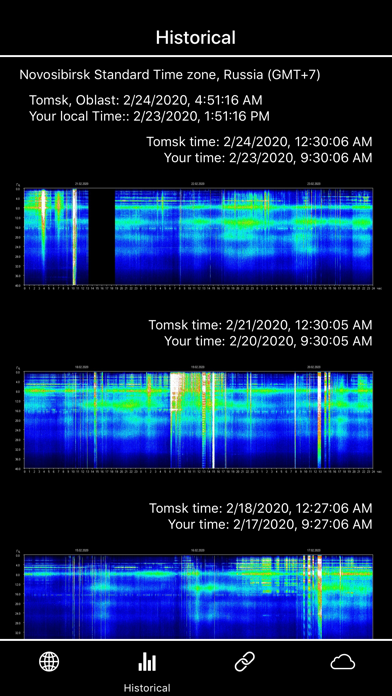 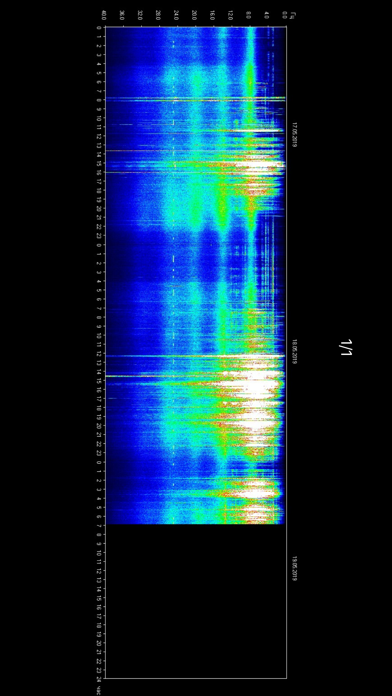 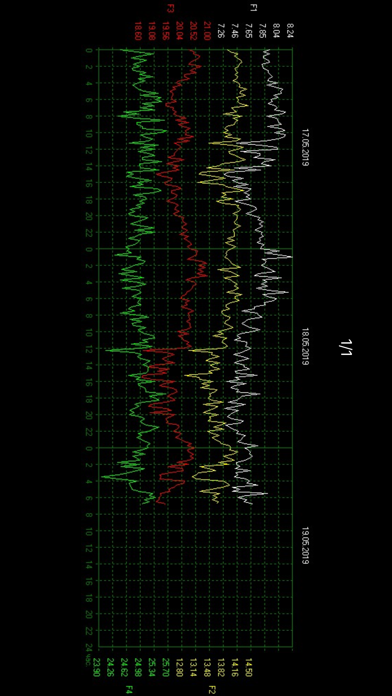 Review: 'zBUY THIS INCREDIBLE APP AND CK IT DAILY !' 'I would give this App 10 stars if I could!\nI have recommend it to many of my friends.\nWhat you...

Review: 'Great app' 'I love this app! I have no clue what the bottom chart is showing us and I feel it would...

Review: 'Simply wonderful' 'This app is perfect if you are interested in the Schumann resonances and want an easy accessible way to check...

Review: 'Great quick glance for the Schumann' 'I was looking for a simple way to check the Schumann when I am at work. I often use the...