In the game you can:
-Experience the path of promotion from recruit to general
-The number of leading troops increased from one to tens of thousands;
-Master various combat skills such as shooting, blasting, reconnaissance, and electronic countermeasures;
-Experience various positions such as recruits, captains, warrant officers, colonels, and generals;
-Unlock personal combat weapons such as sabers, body armor, grenades, and pistols;
-Possess combat weapons such as tanks, warships, and fighter jets
-Entertain yourself in real estate and stock investment.

Need help? Use our Soldier Life Simulator Games Walkthrough page or sign up and make your contribution today.

Soldier Life Simulator Games is a free-to-play, word and simulation game developed by Better Life Studios, and is available for download on both iOS and Android devices. The app is compatible with iOS 10.0 or later on the following devices: iPhone 11 Pro, X, Xs, SE, iPhone 8, 7, 6, iPad Pro and iPad Mini. 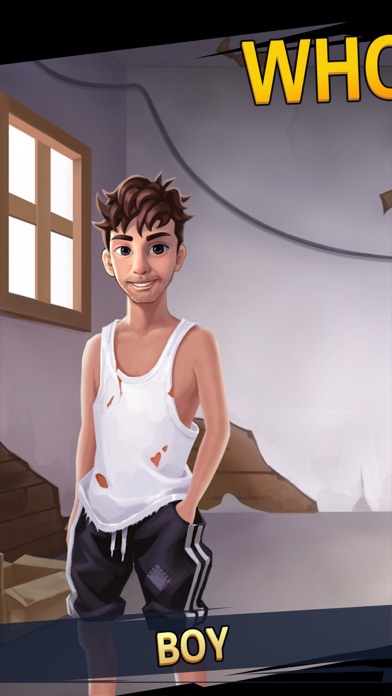 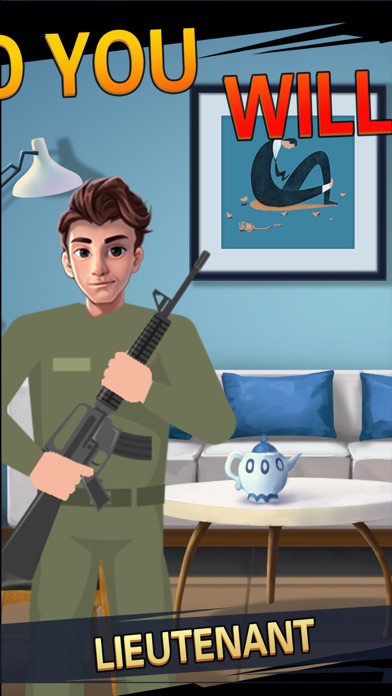 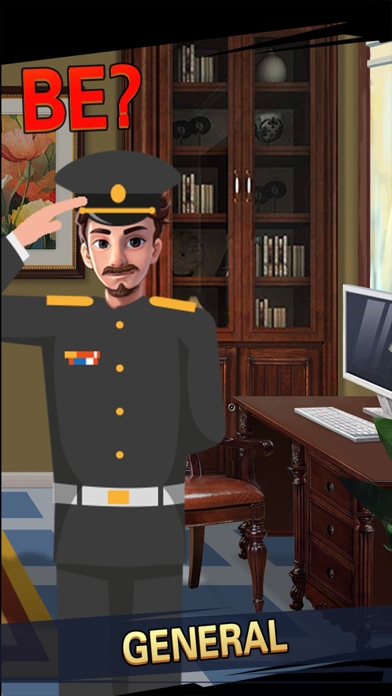 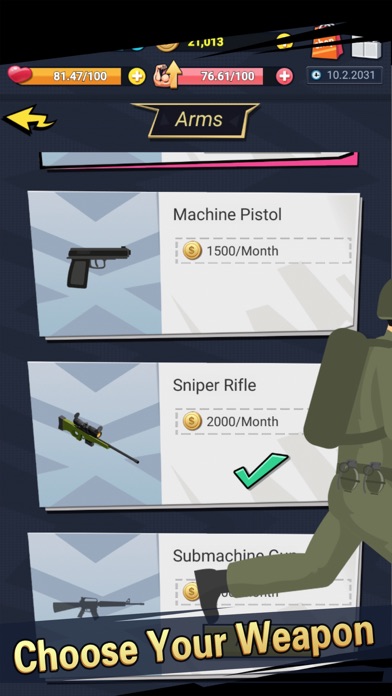 Review: Soldiers This is an amazing game that I’ve put hours into and it’s very addicting

Review: Nice graphic I like it but they’re is no sound or music or like a bit of animation, is just picture...

Review: Cool game This is the best game I’ve ever played awesome job!!!