क्रियाप्रयोगाः - A comprehensive list of over 30,000 verb forms used in various ancient Indian scriptures, its english meaning and references in different scriptures based on the Verbs extract from DC Monier Williams Dictionary.

The App Now has options to view in IAST-Roman, SLP-1 and Harvard Kyoto transliteration schemes as well.

Sanskrit Dhatu 360° is an application developed by Sivaraman Baskar and released on iOS. The app is compatible with iOS 11.0 or later on the following devices: iPhone 11 Pro, X, Xs, SE, iPhone 8, 7, 6, iPad Pro and iPad Mini.

Click the button or scan the QR code below to download the latest version of Sanskrit Dhatu 360° on iOS. 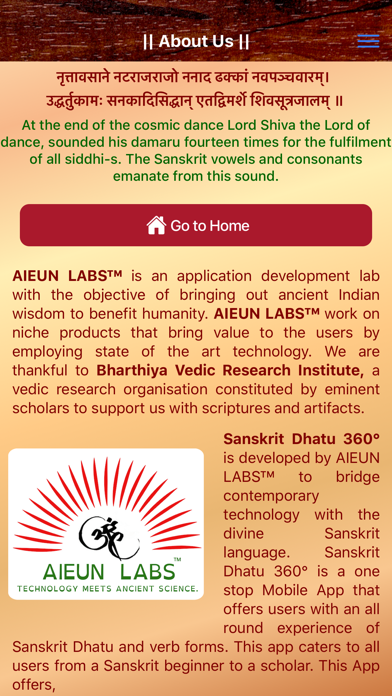 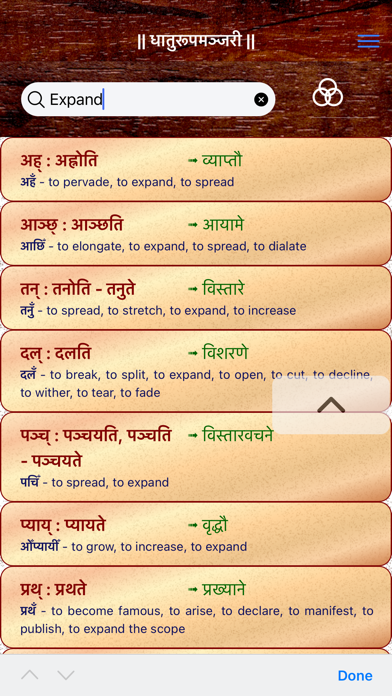 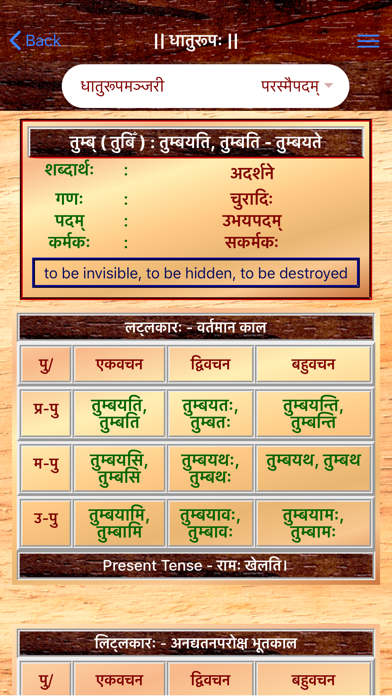 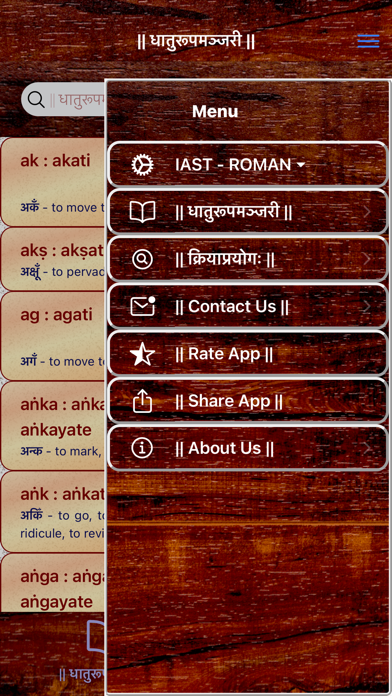 Review: One of the best Samskrutam learning tools Great app, well designed, ability to search in english is the best

Review: Really useful app! I have slowly started using this app and I have found it really useful. To have all this information accessible...

Review: Fantastic resource Just starting to learn Sanskrit and was looking for something like this to understand the dhatu transformations. Infinite thanks to...

Review: Excellent Sanskrit app Great list of dhatus and their conjunctions. Very helpful and unique kriyaprayoga! Overall a must have app for Sanskrit lovers!