The conquest of the stars and beyond officially begins. Territorial Claim Units, Corporation Stations and Player-owned Stations are now available. The new version opens up the territories for Corporations to claim. Ambitions surge within Corporations, giving birth to schemes and power struggles. No one knows where a battle may break out in the universe. There's only one thing that's certain: the new era will go down in the history of EVE Echoes!
LIGHT UP THE STARMAP! THE BATTLE FOR SOVEREIGNTY OF NULLSEC HAS BEGUN
From this moment on, any Corporation can participate in the fight for sovereignty of nullsec areas! The fleet has been expanded to support up to 50 people. The thrill of battle and the will of the people.

BUILD YOUR OWN CORPORATION CITADEL! CONSTRUCT A SHELTER OF YOUR OWN WITHIN THE UNIVERSE
Corporation Citadels are now available! Build a space station that belongs to you and your companions only: a place that you can call home. This system is now yours.

PVP COMBAT UPGRADED! EPIC THOUSAND-PLAYER BATTLES ARE HERE
The time dilation system has been added, which makes it possible to have battles with thousands of people fighting at once! Ready for more kill mails?

EXPAND YOUR REIGN THROUGH DIPLOMACY AND MILITARY POWER
There's more than one way to expand. Either through diplomacy or war, players can write the history of the galaxy themselves.

EVE Echoes is a next-gen mobile spaceship MMO game based upon hallmark EVE Online design principles. In EVE Echoes, players will be able to forge their own path to glory within a massive space sandbox environment, forming alliances with other pilots from across the galaxy to shape the game’s persistent universe.

Players will be free to engage in interstellar combat, exploration, piracy, resource harvesting, industrial manufacture, trade, as well as many other activities across thousands of solar systems. Whether it's the rise and fall of an empire, or the shifting balance of power, the entire history of EVE Echoes will be written by its players.

Need help? Use our EVE Echoes Walkthrough page or sign up and make your contribution today.

EVE Echoes is a free-to-play strategy game developed by NetEase Games, and is available for download on both iOS and Android devices. The app is compatible with iOS 9.0 or later on the following devices: iPhone 11 Pro, X, Xs, SE, iPhone 8, 7, 6, iPad Pro and iPad Mini. 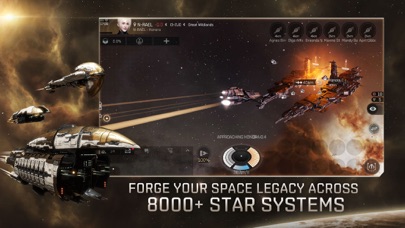 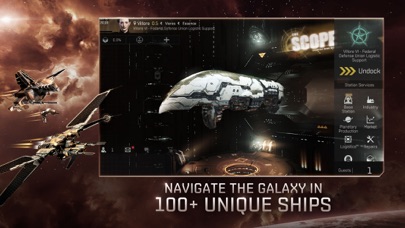 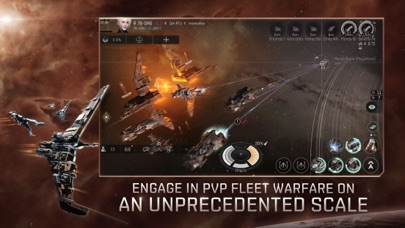 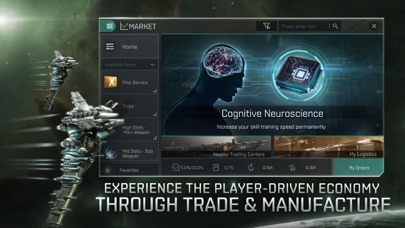 Review: Pretty Solid for a “Lite” Version EVE: Online is my favorite game. There is no other title, no other universe that gets even close to it...

Review: To all you haters I very much enjoy this game and to the people who do t want to work hard for anything, don’...

By to all you haters

Review: Pay to win but still fun This game is pretty much pay to win BUT it’s still fun you can get a good footing in...

Review: Hard to learn, hard to master This game is by far the best mobile game I have ever played. It’s incredibly deep and complex. Hard...