Teach a robot to walk & fight

Teach your robot to walk and become the best robot trainer in the world! Teach your robot to fight and battle against real players!
Welcome to a new hit from C.A.T.S.: Crash Arena Turbo Stars and Cut the Rope creators — Robotics! Build your own battle robot from various spare parts, then program it to walk and fight. Watch it clash with real players from all over the world in hilarious physics-based battles. Unlock new details, arenas and more!

KEY FEATURES:
- Hilarious robot teaching mechanic: by dragging parts of the robot in different directions, players create complex movements that the robot repeats.
- Physics-based fights: the way your battle robot collides with other battle robots and the environment results in crazy, surprising and funny moments.
- PvP battles against real players: there are thousands battle robot trainers like yourself all over the world. Prove that you're the best!
- Variety of battle robots and parts: bodies, arms, legs and weapons for your battle robot allow for infinite combinations and tactics.
- Competitions and special prizes: climb on top the leaderboard and get amazing rewards that cannot be obtained anywhere else.
- Black Belt Masters: progress through the game to unlock new fighting belts for your battle robots. Only the strongest ones will be aknowledged as Black Belt Masters!

Download Robotics now and become the best battle robot trainer in the world!

Need help? Use our Robotics! Walkthrough page or sign up and make your contribution today.

Are you ready for more? - NEW SPARE PARTS: We've introduced 12 new parts, including bodies, arms, legs and weapons! - 24 ADDITIONAL LEVELS: Fight more combats, win new trophies and get more XP to level up and unlock fresh rewards. - UI improvements and bug fixes to further enhance your experience. - Economy adjustments regarding XP, coins, and the number of parts inside arena boxes to fit the new level progression.

Robotics! is a free-to-play action game developed by ZeptoLab UK Limited, and is available for download on both iOS and Android devices. The app is compatible with iOS 9.0 or later on the following devices: iPhone 11 Pro, X, Xs, SE, iPhone 8, 7, 6, iPad Pro and iPad Mini. 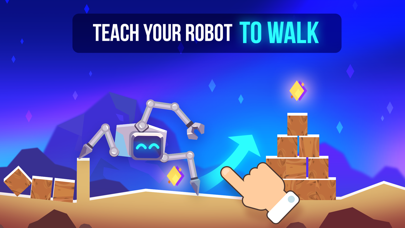 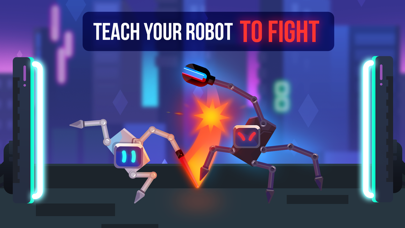 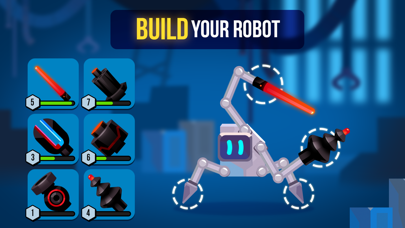 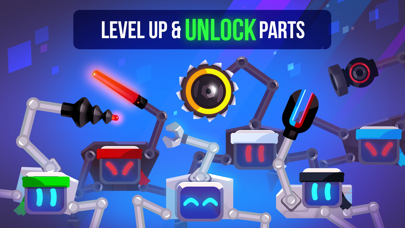 Review: Good and maybe bad I hate this game and I also love it I die but I like it

Review: Robotics is awesome This game is really fun and awesome it allows people to use their imagination to build strong robots and defeat...