► Import your fantasy football league and get a cheatsheet just for you. Every league is different - dominate yours!
► As the fantasy football draft progresses, the cheat sheet updates for your roster's needs and the bye weeks of the players you already drafted.

► The most powerful & hi-tech draft app available from the guys who created the Value-Based Drafting (VBD) fantasy football drafting system:

• Customized to your fantasy football league settings
• Our rankings adapt and react to each pick in your fantasy football draft based on your roster’s needs…
• …and outsmart your opponents by predicting their next moves
• Mock draft to prepare for every scenario - never see the same draft twice
• Review your fantasy football draft with our unique and industry-leading Rate My Team system
• Constant data updates and analysis into September - new projections, ADP, news, rankings, outlooks, depth charts and tags
• Add players to watch or avoid lists, or add notes to their profile
• Player tiers created for you, specifically for your league’s settings
• Depth Charts, Complementary Players list and Upside Projections to highlight sleepers later in the draft

► Why is it better than the competition? Only the Fantasy Football Dominator supports…

• ADP that adapts to your league settings (Expected Draft Position)
• Dynamic drafting: the rankings are not just lists, changing as the draft progresses to the needs of your roster
• Advanced and comprehensive customization options for the app’s rankings
• Draft strategy controls that adapt to the progress of the draft - factoring in more upside as your draft progresses
• Full integration with Footballguys Rate My Team: finish a mock (or draft) and get instant feedback to how well you did
• Utilizes the cloud to save settings between your different devices
• Ability to quickly find complementary players that have easy matchups when your studs are on bye or have difficult games
• Editable mock drafts - if you know how a league mate drafts, it’s easy to input their preferences into the app
• Ability to edit weekly weights of the fantasy season so you can put the importance on opponent, playoffs, bye weeks, etc.
• Comprehensive Depth Charts
• Ability to customize using 4 different offensive and 2 different IDP projection sets
• Supports roster limits and minimums by position
• Player rankings and comments from over 40 staffers
• Variable Team Artificial Intelligence (AI) allowing unlimited number of configurations
• True randomness in the AI calculations using a combination of VBD, ADP and randomness for selections
• Ability to customize VBD baselines
• Dynamic Auction Values that change as players are removed from the draft board according to other teams over- or under-paying
• Create Player Shortlists to compare stats, news and rankings side by side

► DOMINATE your league now with the Draft Dominator!

We're ready to go for the 2020 season! Some more bug fixes and minor ranking improvements in this version. Dominate your Drafts now!

Fantasy Football Draft 2020 is an application developed by Sportsguys LLC and released on iOS. The app is compatible with iOS 11.0 or later on the following devices: iPhone 11 Pro, X, Xs, SE, iPhone 8, 7, 6, iPad Pro and iPad Mini. 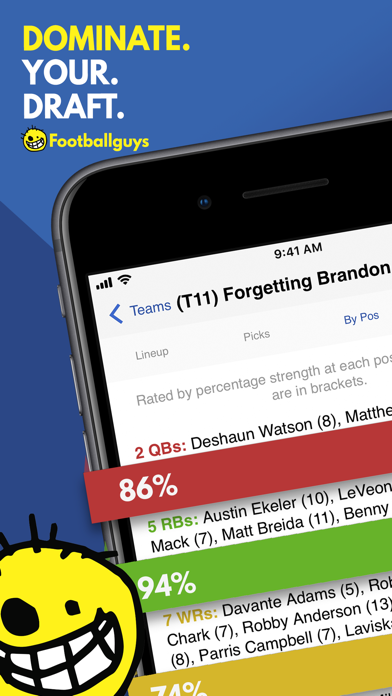 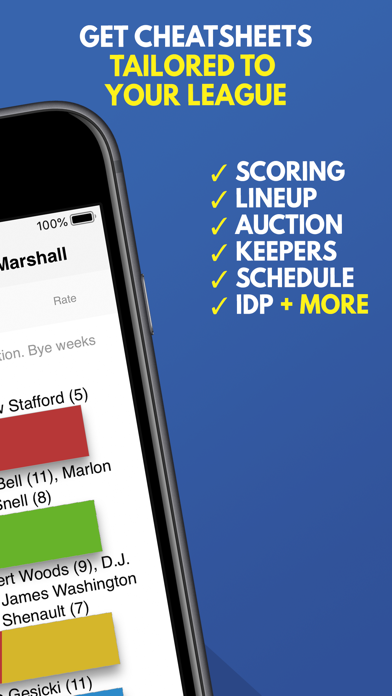 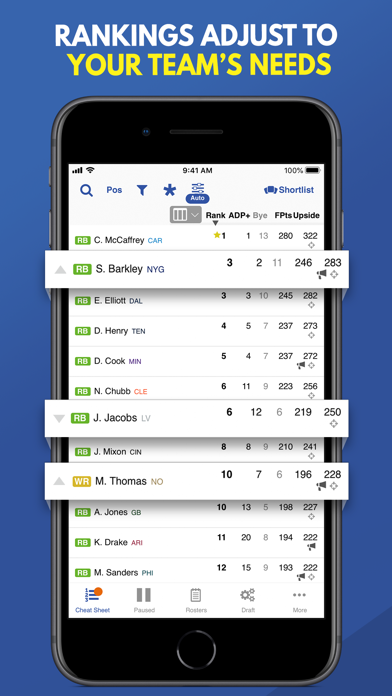 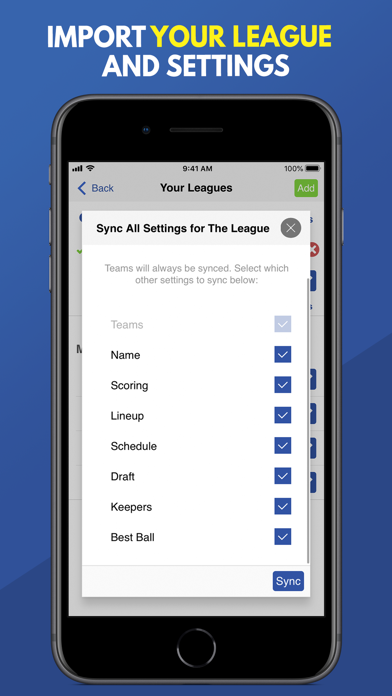 Review: You have a lifetime customer This app is awesome and I’ll buy it every year. My team is dominating this season. It correctly predicted...

Review: 'Keeper data?' 'I love most aspects of the app but I carefully submitted keeper data and it refuses to acknowledge it during...

Review: 'Fantasy Football MUST' 'If you don’t have hours to research this is a great tool to test your drafting skills.\n\nLeagues...

Review: 'Very helpful' 'I’m in two leagues that use keepers and this is the only mock draft app that I’ve found...