*The* space flight combat simulator, designed for iOS, developed by Anchorite.
FLY like you've never flown before on iPhone and iPad with a full six degrees of freedom. Play it your way in either portrait or landscape.

TAKE HOLD with full support for MFi controllers or get up close and personal to be immersed with intense haptics and on-screen controls.

DEFEND your people against the oppressive COMMONWEALTH. ENGAGE in a selection of fast-paced missions and beautiful environments.

IGNORE THE ODDS and go toe to toe with swarms of fighters, frigates armed to the teeth or hulking capital ships. DON'T GO IN ALONE, bring your own elite fighter squadrons.

CUSTOMISE your fighter with an array of load-out options. BALANCE your choice of weapons, utilities and wingmen. Experiment with new equipment or get comfortable with favourites.

BUILD UP your arsenal with salvage from each successful run. EQUIP potent salvaged items to take on the heavily armed COMMONWEALTH fleets.

KEEP YOUR COOL and you'll make it out alive. Getting wiped out means giving up on your current gear and loot. BAIL OUT early if things are looking tough and live to fight another day.

Need help? Use our Interloper Walkthrough page or sign up and make your contribution today.

Missile Cosplay It's been a minute hey. In Australia we've been back in lockdown since June, and personally I've had to spend a lot more time looking after my kid than I expected I would be, but any who, here's the long promised Feature Drop #4: Ramming Speed. This update introduces a new ship: The Sabre. Like the Interloper and Interceptor, it has the standard loadout options of two guns, two utils and a fleet beacon slot, unlike these ships it has a high forward momentum, and slightly slower turning rate, and instead of the dodge ability, it comes with the Ramming Speed ability. It drops reinforced plating over the cockpit, making the ship effectively invulnerable for a short duration whilst simultaneously applying a free afterburner. Any ship that's collided with during this period takes massive damage. It's good in a pinch for finishing Frigates or Capital ship components, or to get through a barrage or even to deal with pesky missiles. Along with the new ship there's also a trio of new missions: In the beyond. These take place in a new icy environment on the outskirts of the system. Keep an eye out for them in the mission rotations. Updated Features • New Ship: Sabre • New Missions • Updated Collision models • Updated Capital ship AI • UI: Dots for ammo per bullet • Updated Pilot Select screen • Added [REDACTED] • Updated some destruction and explosion effects • Lance frigates should be a little scarier now • Increased CWTH Fighter and Frigate Shield strength • Ai now have routine to return to battle if they get yeeted. • Targeting Capital ships should be easier when close up now. Bugs Squashed: • Carriers now have a hard limit on total existing spawned ships. Should solve the issue of Battle Group spawning unlimited fighters. • Ok definitely certainly fixed the issue where cap ships + frigates randomly jumped around (definitely this time) • Drastically fixed a lot of colliders on environments + ships • Ability cool downs should now be visible on Desktop / TV / when using controller on mobile. • tons more smaller bugs.

Interloper is an action game developed by Mathew Purchase, and is available for download on both iOS and Android devices. The app is compatible with iOS 13.0 or later on the following devices: iPhone 11 Pro, X, Xs, SE, iPhone 8, 7, 6, iPad Pro and iPad Mini.

Click the button or scan the QR code below to download the latest version of Interloper on iOS. 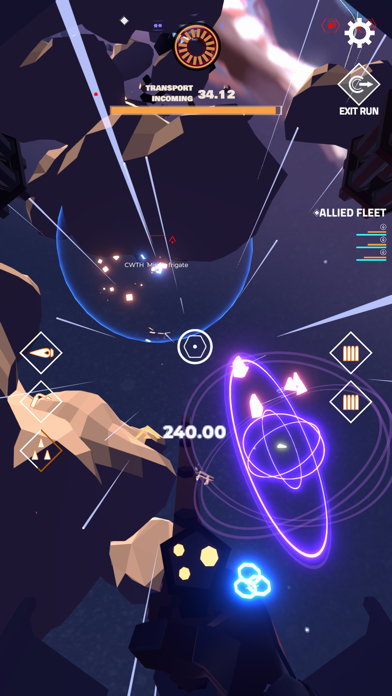 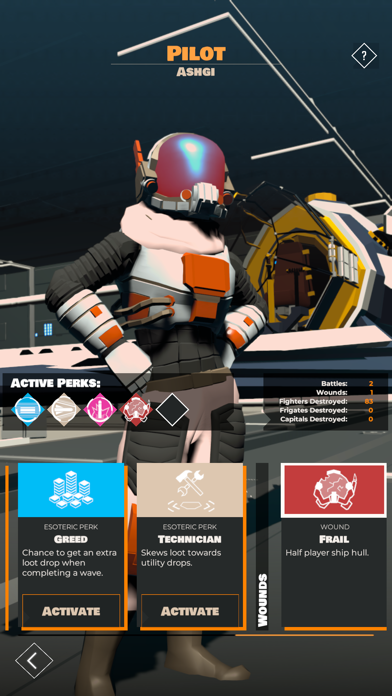 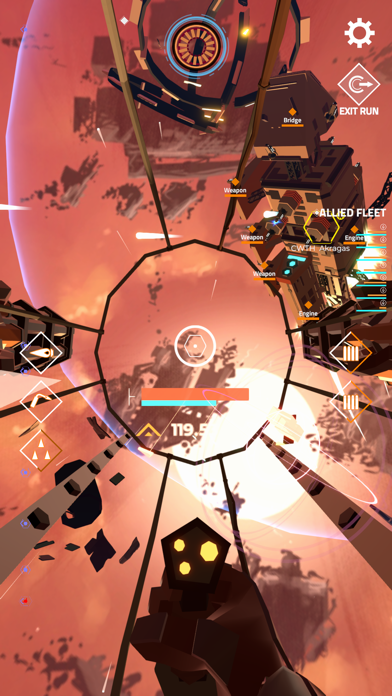 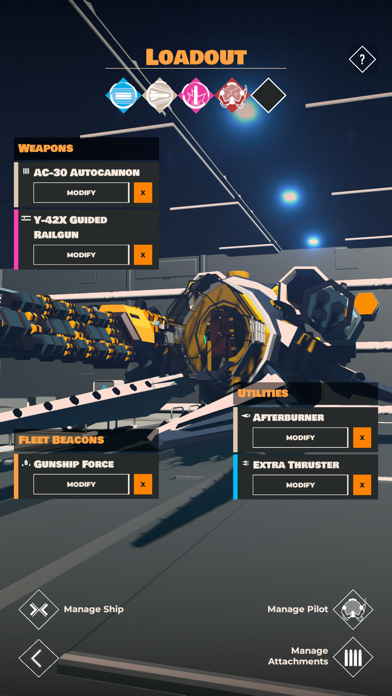 Review: we need Chinese it is a good game but it don’t have Chinese ,please add Chinese

Review: Good but Rllyyyyyy good! But I can’t turn the volume off all the way for some reason I like to listen...

Review: Great game Great game, worth it for sure. Any more updates on the way?