HEY SHARERS! This is Stephen Sharer’s Rocket Slide! Join Stephen as he launches off the Sharer House slide and rockets into the sky! Fly from Stephen’s home to towns, temples, tracks, and more. How far can you go?!

- SLIDE down Stephen Sharer’s backyard and ROCKET into his world!
- Time your slide perfectly for a TOTALLY EPIC LAUNCH!
- Get a BOOST with Stephen’s water-powered JETPACK.
- Rocket through the blazin’ beach, rippin’ race track, crazy castle, all the way to MARS!
- Collect all the SWAG to become the ultimate Sharer fan.

Play Stephen Sharer’s Rocket Slide now and rocket through Stephen’s world!
The Sharer Fam is waiting for YOU!

Need help? Use our Stephen Sharer’s Rocket Slide Walkthrough page or sign up and make your contribution today.

Welcome to Stephen Sharer's Rocket Slide! Join Stephen as he slides down and rockets into the sky! This is the official launch! This version has improved performance on all devices. The game will be updated regularly for new content and upgrades so be sure to have the latest version.

Stephen Sharer’s Rocket Slide is an application developed by BroadbandTV Corp and released on iOS. The app is compatible with iOS 10.0 or later on the following devices: iPhone 11 Pro, X, Xs, SE, iPhone 8, 7, 6, iPad Pro and iPad Mini. 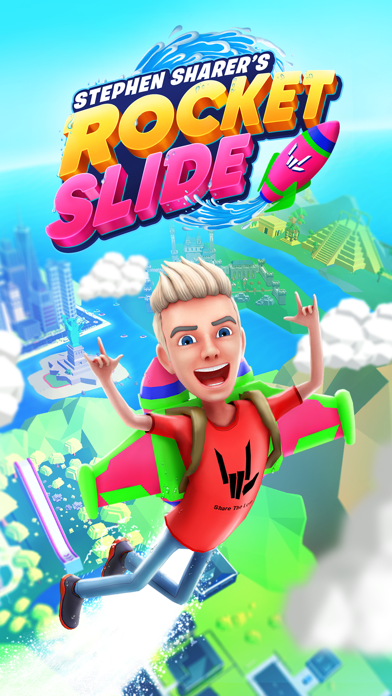 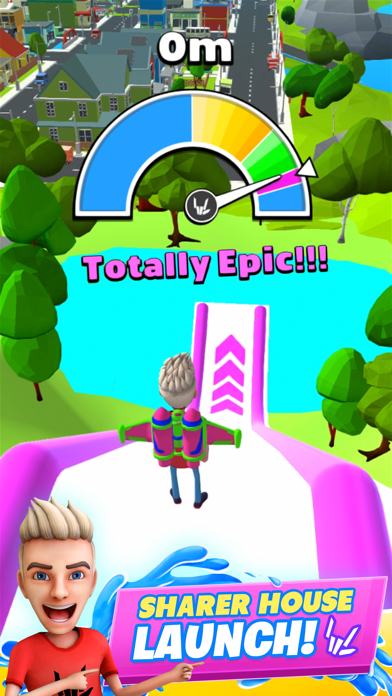 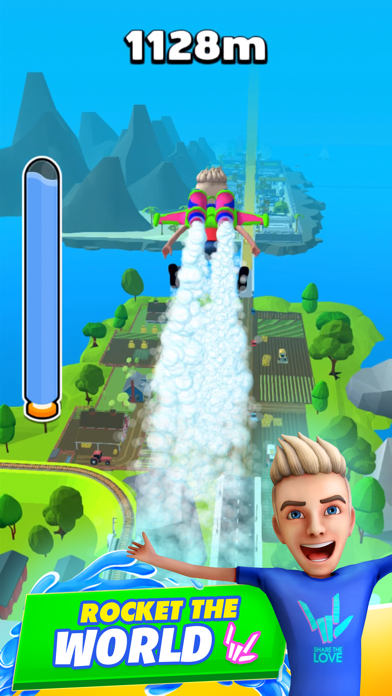 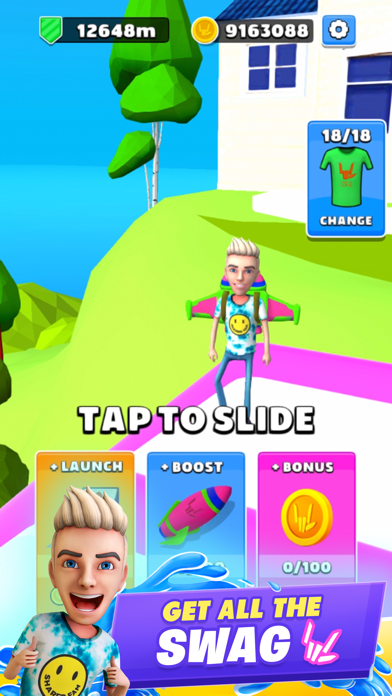 Review: 'Best game ever' 'The reason why I said this is the best game ever is because I’ve already gotten so far and...

Review: 'Love this game' 'Stephen if your reading this I love the game and your videos your my fav youtuber and also tell grace...

Review: 'The best game ever' 'You haft to get this app it’s the best app ever \nSubscribe to the sharers'

By Circus In A Bottle