A Refill of Retro RPG Action!

Your favorite fizzy dungeon crawler is back! The Dark Lord has locked all sorts of legendary items, loot, and goodies up in his castle behind a seemingly endless guard of monsters, traps, and treachery. Daunting? Not for you— You’ll be safe in the tavern hiring Soda Junkies to do the dirty work for you. Take the loot they bring back to upgrade your tavern, town, and armory to attract stronger adventurers, then repeat. Build your town, assemble a mighty team, and see if you can make it through the dungeon to the next dimension and beyond.
Along the way your band of merry, soda-fueled minions will encounter trumpeting skeletons, angry chefs, Dark Lords, Darker Lords, and a fairy that is just really, really trying her best. The only thing they won’t find is timers, lives systems, or a paywall. Everything can be bought with in-game currency because that’s just the Soda Dungeon way.

Custom AI Patterns! - Sick of dumb-as-rocks NPC allies? We are too. Create custom behaviors for you party using Soda Script! Even when you're not looking over their shoulders they're doing exactly what you want.
Craft Gear - Craft new armor and weapons for the adventurers you hire. Find rare materials deep within the Dark Lord's castle to make all new items.
Play While AFK - Have a life outside Soda Dungeon? No problem. Earn Battle Credits while you’re away and redeem them for loot when you come back. Even when you're not playing, you're gathering resources!
Build Your Home Base - Assembling the best party will take more than a tavern this time around. Build a blacksmith forge, a wizard’s shop, an arena, and more to unlock your party’s true potential.
Always More To Do - We heard you. You wanted more mountains to climb. You wanted more goals to accomplish. You... wanted to help people clear rodents from their property ¯\_(ツ)_/¯ Lucky you, because the NPCs in Soda Dungeon 2 are ready to cough up strangely valuable rewards in exchange for completing an assortment of side-quests!

If you find yourself asking 'What's a Soda Dungeon' This is the section for you!

Soda Dungeon is a turn-based dungeon crawler where you recruit a team of adventurers to raid dungeons on your behalf. With the loot they find you’ll build up your town, attract better heroes, and find out just how deep the dungeon-hole goes.

Experiment with Confidence - Mix and match classes, try out loads of gear, and send them off to fight. But fear not, everyone comes home safe with all your hard-earned loot. Defeat is just part of the game :)
Free and Fair - Everything can be earned with in-game currency. No loot boxes. But if you want to level up a little faster, we may have some special upgrades for you to peruse.
Cross-Platform Play - Play on your mobile phone, tablet, or Steam and take your save file with you wherever you feel like playing. We’re told it’s in “the cloud”.
Optional Auto-Combat - Feeling lazy? We get that. Set up your party, flip on the auto-combat and let the spoils of battle roll in. You deserve a break.

Need help? Use our Soda Dungeon 2 Walkthrough page or sign up and make your contribution today.

Soda Dungeon 2 is a free-to-play adventure game developed by Armor Games Inc, and is available for download on both iOS and Android devices. The app is compatible with iOS 10.0 or later on the following devices: iPhone 11 Pro, X, Xs, SE, iPhone 8, 7, 6, iPad Pro and iPad Mini. 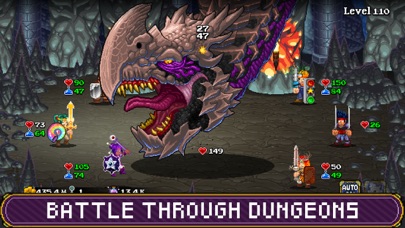 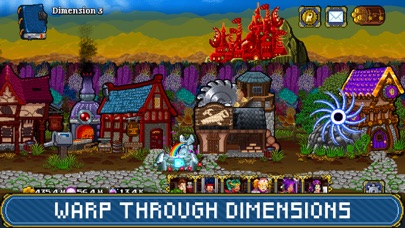 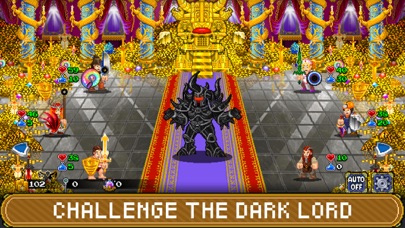 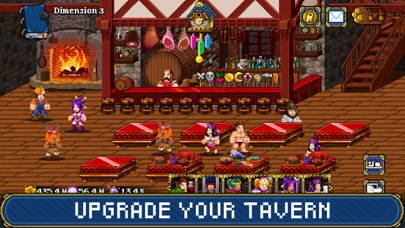 Review: Great game but… The dark lord doesn’t seem that dark. From the 2 letters I got from him, he seems pretty nice because...

Review: Great to afk to Why is this game better to afk to than afk arena? All you have to do is start a run...

Review: Super addictive and in app purchases aren’t predat IAPs are not mandatory, which I love, though I did buy several to support the developers, as I’m an...

Review: Starts great but becomes unplayable. Great little idle adventure full of weird gear and surprises. It has 100 unique floors that repeat indefinitely and tons of...

Review: Amazing, love your work I used to play Soda Dungeon 1 a lot, and never knew there was a sequel. This game is amazing, everything...