The addictive board game

Those that know the game of Uckers need read no further, this is what you've been looking for. Six offs, mixiblobs and all bits in 8 piece-ings are here!
Select WAFU rules like suck backs and blow backs if you want to play with them. Everyone plays Uckers slightly differently so select your favourite rules!

If you're new to the game then learn in tutorial mode one of the most addictive board games ever made. You play with 2 colours each and aim to block your opponent from moving around the board by 'blobing up' whilst still getting your bits around the board first.

Enjoy the satisfaction of hacking off a maxi-mixi-blob and sending all your opponents bits home while you press on to victory.

Features:
• No in-app purchases and no ads. Pay once for the game and once only.
• No internet connection required, play against the computer.
• Tutorial mode teaches you how to play.
• Easily view game stats from the home screen
• Select which rules you prefer to play with, eg. suck-backs.
• Submit feedback at www.playuckers.com for the features that you want added.

The Uckers app is a 2-player game played against a computer opponent. Each player plays with tokens or ‘bits’ of either red and yellow or green and blue. The aim is to move your bits clockwise around the board and onto the respective final squares before your opponent does.

You’ll need a 6 to get one of your bits out of the home squares and then you’re free to move them around the board using one or both of the dice you roll. Each time you roll the dice, you must use both dice to move your bits if you can.

If your bit lands on a square with one of your opponent’s bits on then you take (‘hack off’) their bit and send it back home.

You can get your bits past a blob by landing one of your bits on the square immediately behind the blob and rolling a six on the first roll of your turn. You can then elect to ‘six-off’ the blob by tapping the ‘6’ over the square in question. You’ll need to roll a number of sixes in succession greater than the number of bits in the blob (plus one extra six if your bit needs to get out of home as well). This will then allow you to send your opponent’s bits all back home whilst moving one of your bits forward onto the square.

Once one of your bits gets towards the end of the board, when it is on those squares of its own colour, it is safe and cannot be hacked-off by your opponent.

Need help? Use our Uckers Walkthrough page or sign up and make your contribution today.

Uckers is a puzzle game developed by Timothy Wills, and is available for download on both iOS and Android devices. The app is compatible with iOS 11.0 or later on the following devices: iPhone 11 Pro, X, Xs, SE, iPhone 8, 7, 6, iPad Pro and iPad Mini. 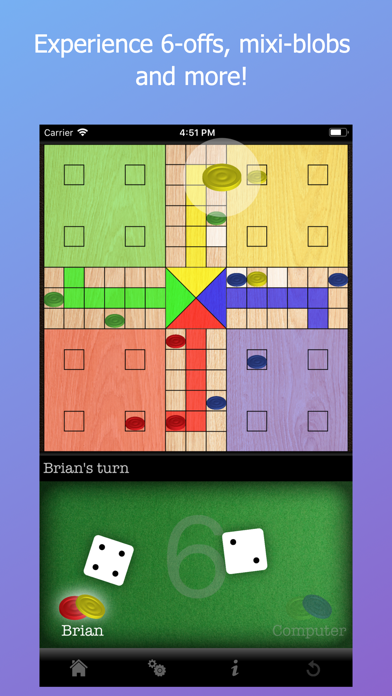 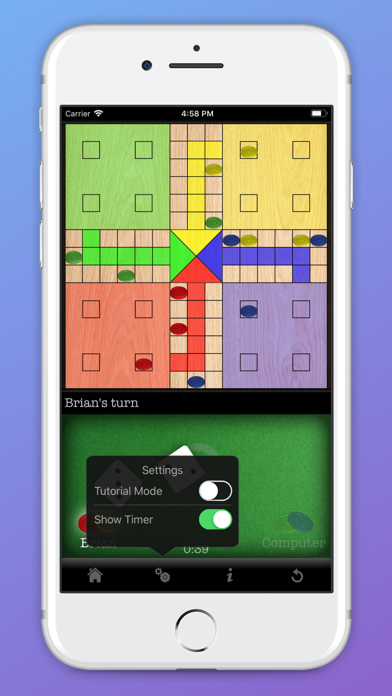 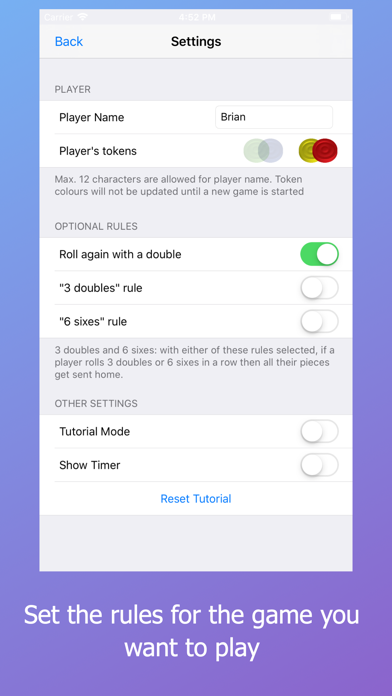 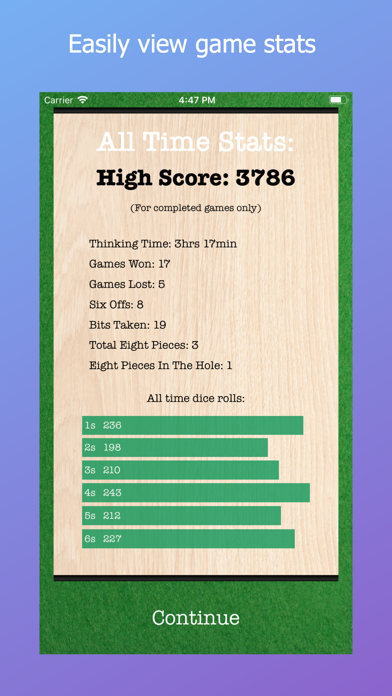