ACI - Trust it. Defeat it.Witness the birth of the next generation of digital card games!

About Zenonzard
Zenonzard is a brand new type of digital card game, equipped with a specialized card game AI developed by the HEROZ Inc. AI "HEROZ Kishin" using a variety of machine learning techniques. Along with the CPU and PvP battles players expect in digital card games, Zenonzard brings new elements to the genre, such as AI cultivation and the idea of fighting against, as well as alongside, AI.

Game Description
●Authentic Digital Card Game
Zenonzard perfectly encapsulates the card game experience, right down to the battle of wits the genre is known for! The game features over five hundred* beautifully illustrated cards and a battle system with three special components: Forces, a Flash Phase, and a mana movement system.
*At the time of release.

●A Colorful Cast of Buddy ACI
Choose one of sixteen unique ACI to aid you in your struggle against the Zenon. Your ACI (Artificial Card Intelligence) will support you in battle and grow alongside you. Their personality will change depending on your level and playstyle. As you grow closer, you will also unlock stories that will teach you more about them.

●Buddy ACI Support
Not sure what your next move should be? Your Buddy ACI will offer you advice based on the current situation in-game. They'll even offer you advice when building a deck, picking out the best possible combination. Even newcomers to the genre will feel right at home with their ACI by their side.

●Battle Analysis
Your ACI will provide a detailed battle analysis after each match. There you can view a graph depicting the highs and lows of the battle, as well as Backtrack to the turning point of the match and test out a different approach. Use these features to hone your battle skills and create an effective strategy.

●Diverse Battle System
Rank Match
Battle your opponent's Buddy ACI while they battle yours in a Cross Battle. Collect Element to raise your Rank and aim for the top of the Zenon. Seasonal Rankings also available!

Friend Match
Become friends with other players and battle whenever you want! You can either play your friend's ACI in a Cross Battle, or you can battle each other in a Player Battle.

Quest Mode
Complete twenty different stages! Win your battle at each stage to proceed to the next, and collect great rewards!

●Battle Specialized Card Game AI Every Day
Every day, one of six Official AIs will be available for battle. Use the skills you've acquired through your Rank Matches and Friend Matches to defeat these specialized card game AI.

In addition, every season you may earn yourself the opportunity to battle an opponent even stronger than the Official AI: Strio Zanakron, the Ultimate AI.

●Story
In the not too distant future, AI has evolved considerably, and now has a large influence on the world around it. Beholder Group, the corporation in charge of researching and developing these AI, has brought together ACI from all over the world to compete for the top place in a tournament called the Zenon. What do you need to reach the top? Play Zenonzard.

■Please confirm the following before playing.
Recommended iOS Version: iOS 11.0 or above.
Recommended Devices: iPhone SE, iPhone 6s, or other devices with 2GB or more RAM.*Even under optimal circumstances, the game may not operate as intended depending on the user's specific device and usage.

Need help? Use our ZENONZARD Walkthrough page or sign up and make your contribution today.

■New with the Ver 6.0.1 Update ・Corrections made to fix an error that prevented properly downloading data.

ZENONZARD is a free-to-play card game developed by BANDAI Co.,, and is available for download on both iOS and Android devices. The app is compatible with iOS 11.0 or later on the following devices: iPhone 11 Pro, X, Xs, SE, iPhone 8, 7, 6, iPad Pro and iPad Mini. 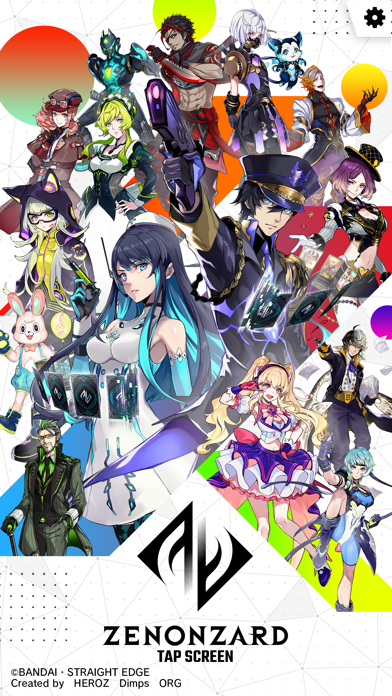 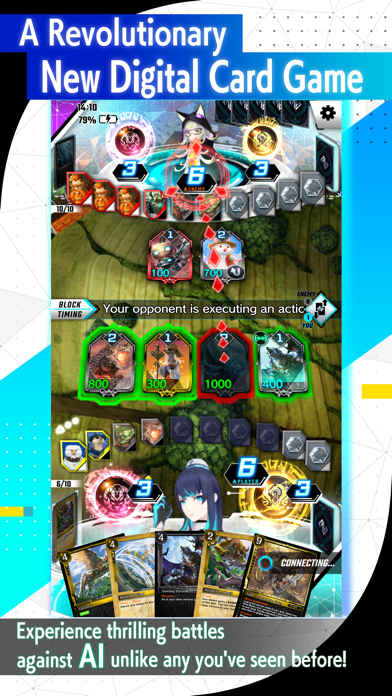 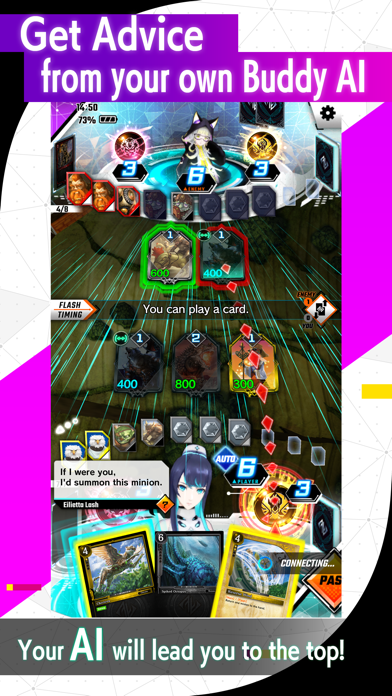 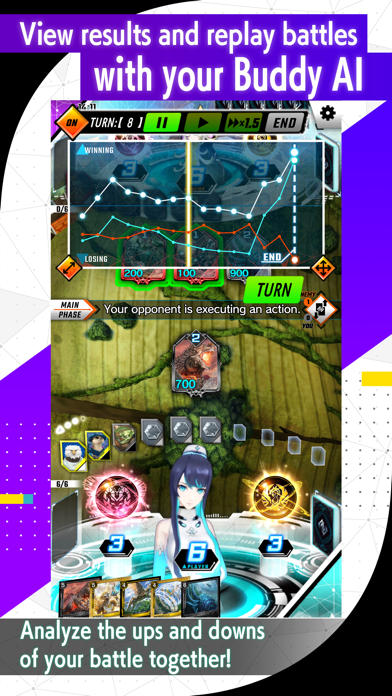 Review: Honestly? I really do like the game. The story and characters is unique. The card art is amazing and the gameplay...

Review: THANK YOU FOR EVERYTHING BANDAI FOR CREATING ONE O Thank you and I’m glade to have a mobile card game that interest me so much and i hope...

Review: Help Please Can’t get in the game any more. It’s still a very good game though.Every time I log...

Review: Looking for this Ever since Yu-ghi-oh duel links disappointed me making everything so simple and only letting 3 monsters/ magic cards on instead of 5,...

Review: Tag team mode PLEASE!🙇‍♂️ This game is so great, it outranks all the other card games I play. The variety of Magic, the skill...