Bunch comes bundled with several awesome multiplayer games you can play with friends. You can also launch many of your favorite multiplayer titles - and play them together over video chat!

Here are some of the games that are built-in and exclusively available on Bunch:

◉ Draw Party: Draw silly pictures with your friends, and guess what they are drawing

◉ Mars Dash: Race with friends on hills of Mars

◉ Bunch Pool: Play pool with up to 8 friends over video chat

◉ Trivia: Test your knowledge with friends, and see who is the smartest

Want to play a game already downloaded on your phone, but can't find it on Bunch? Shoot us an email at [email protected] - and we'll make it happen.

- Questions or feedback? email us at: [email protected]

- Tag your fun game moments on our instagram: @bunch.live

◉ We’ve made some performance improvements so Bunch will load a little bit faster!

Bunch Group Video Chat & Games is an application developed by 500 Labs and released on iOS. The app is compatible with iOS 10.0 or later on the following devices: iPhone 11 Pro, X, Xs, SE, iPhone 8, 7, 6, iPad Pro and iPad Mini. 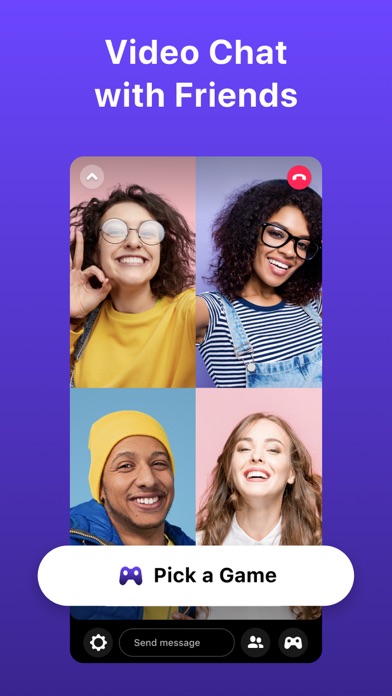 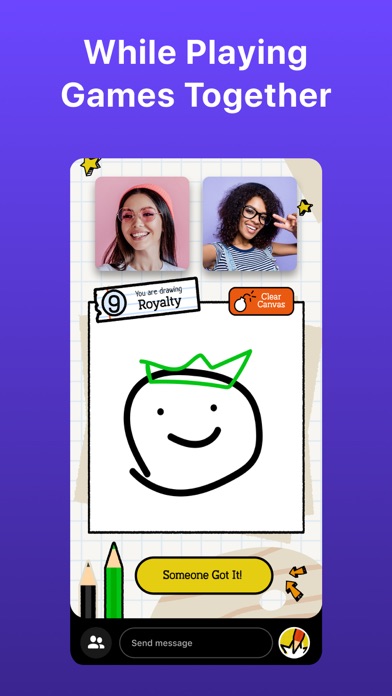 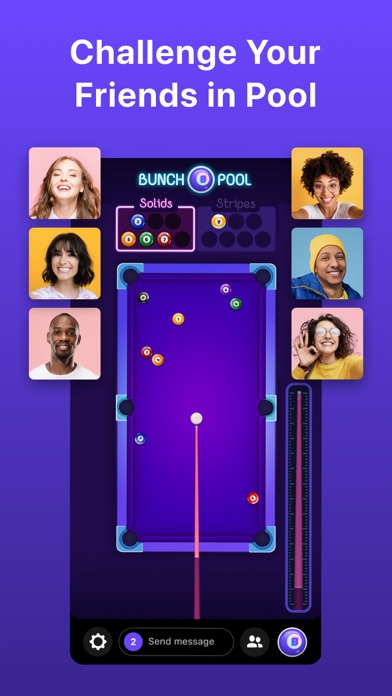 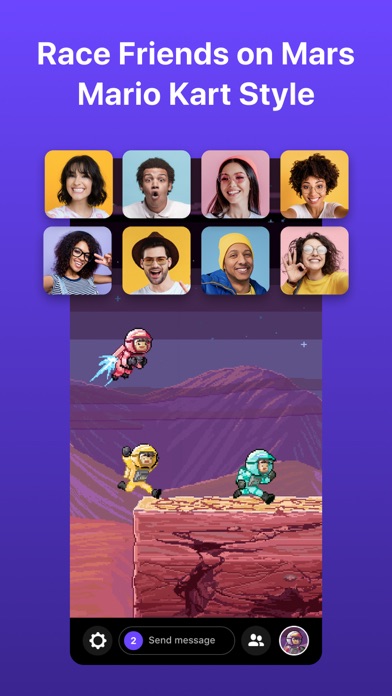 Review: 'It’s pretty good' 'I sometimes kicks my friends and I out of the FaceTime, but I like the features of the app, and...

Review: 'Great game, but was a little slow' 'This game was really fun for me and my friends to play. It is really cool how you can talk...

Review: 'My review' 'I personally love this app I get to play with friends and family during this whole situation'

Review: 'I love this app' 'I first found this app on tiktok and it was amazing! That’s all! Byeeeeeee'

Review: 'Fun!😄' 'This app is great during quarantine for me because I can use it to play games with my friends and...