In 1986 both the Soviet Union and the Western Bloc were destroyed in mutual nuclear bombings. You are one of the survivors of this devastating conflict.Your mission - to explore the wild and wondrous world of the Soviet Wasteland. To earn your place under the sun. To investigate a shadowy conspiracy, aimed at destroying all that is left of life on Earth.

ATOM RPG is:
- A powerful character creation tool, aimed at making the wasteland hero you want to portray;
- A balanced roleplaying system. Each stat combination provides a unique gaming experience, unique dialogues, and new ways to solve some quests;
- Dozens of skills, from lockpicking to gambling;
- Many hours of gameplay on all sorts of locations. Meet the other survivors in a brave new settlement, built from the remains of the old world. Venture into the wilds, where mutants and bandits lurk. Work out the secrets of an old military bunker. Or simply lose yourself, fishing at a scenic pond;
- Turn-based combat, inspired by classic RPG’s of the nineties;
- Random encounters with the dwellers of the Soviet Wasteland - both friendly and dangerous. Sometimes all at the same time;
- Many deep, multiple-choice dialogues that feel like real conversations with the unique NPCs of the game;
- Nonlinear gameplay! Dozens of quests, some with alternative solutions. Play the game like you want to!

Need help? Use our ATOM RPG Walkthrough page or sign up and make your contribution today.

ATOM RPG is an adventure game developed by AtomTeam, and is available for download on both iOS and Android devices. The app is compatible with iOS 12.2 or later on the following devices: iPhone 11 Pro, X, Xs, SE, iPhone 8, 7, 6, iPad Pro and iPad Mini. 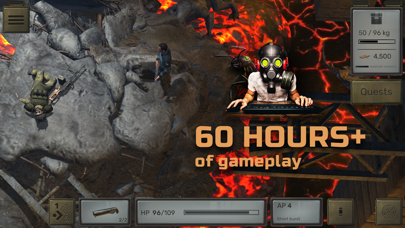 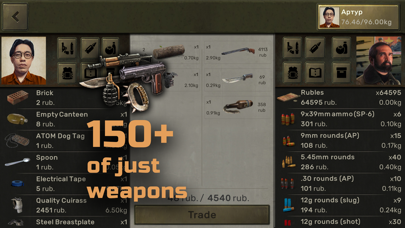 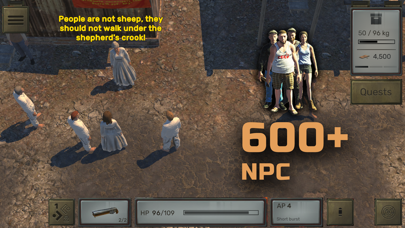 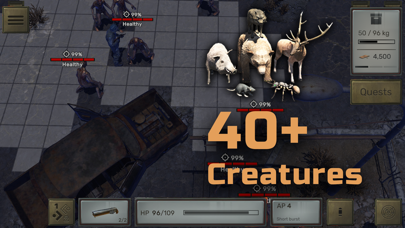 Review: Missing Many features No console commands or save game export-import of the full versions, while the micro font size makes the game almost...

Review: Amazing port I felt compelled to write a quick review while playing... I’m in the middle of the story and it’...

Review: A real game, on your phone. These people are serious game developers, and, if this was 1990, this game would have been delivered on a shareware floppy....

Review: Missing Supporter Pack Really good game on the phone but does not feel 100% without the supporter pack included unlike on the PC version....

Review: I love the concept Don’t get me wrong I love the way this game works and it’s great to have an old...