Shoot the FRUITS up!

Juicy Realm is a roguelike game with fruits as enemies. It is set in a world in which the line between animals and plants is blurred. It began with the tipping of the food-chain, which forced the humans to establish an outpost and begin an investigation in the region where the first species of mutated plants was discovered. The military has prepared a vast number of powerful weapons, with you leading the vanguard forces to wage this long war.
Subverted Order
“Many years later, when the humans watch as the plants climb up to the top of the food chain, they will be reminded of their own naivety and arrogance…”
Only when all the plants started to evolve into animals, growing limbs and becoming sentient, did the humans realize the threat of those photosynthetic-lifeforms. No one knows how they achieved the state of evolution that took animal lifeforms millions of years to reach in such a short amount of time, and no one knows their ultimate objective. The only thing known for sure is that the humans now face the greatest challenge since they climbed up to the top of the food chain.

Gameplay
As the first explorers of this unknown region, you must strive to venture deep into the enemy hive, defeat all kinds of fruits and arm yourself with various equipment, as well as upgrade yourself with the resources you find in your way.

Game Features
-Rougelite elements such as random terrains, loot drops, and monsters
-Hundreds of special and bizarre weapons and items
-Loads of unique mod enemies and bosses
-10 characters in the roster with unique skills and abilities
-Unique artstyle with rich details

Please make sure you are using devices matching the following requirements. If you are using old devices, the game might not run normally on your device.

Need help? Use our Juicy Realm Walkthrough page or sign up and make your contribution today.

Improvements 1. Now you will be poisoned only after you stand in a poison pit long enough. 2. In coop mode, the camera will now follow the downed player's ghost. For easier revive. 3. Now the teammate icon would display more info. 4. Boborot's shield can now help players to be immune to any damage. Bug fixes 1. Fixed the xbox controller button layout issue on iOS devices

Juicy Realm is an adventure game developed by X.D. Network Inc, and is available for download on both iOS and Android devices. The app is compatible with iOS 9.0 or later on the following devices: iPhone 11 Pro, X, Xs, SE, iPhone 8, 7, 6, iPad Pro and iPad Mini. 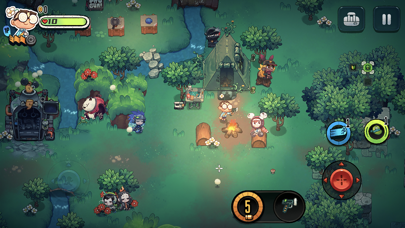 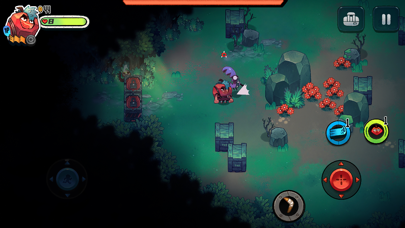 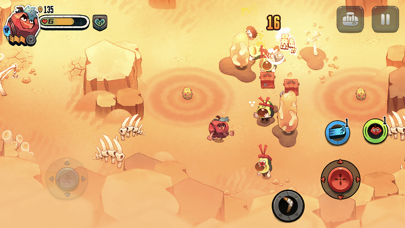 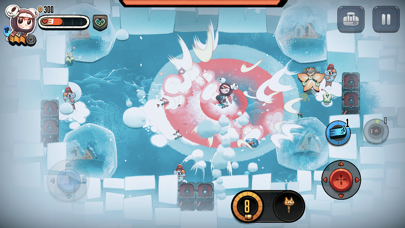 Review: Super fun and replayable! This game really is a hidden gem in this oversaturated app market. I came for the art direction, but stood...

Review: AWESOME GAME So fun! You can kil monsters and the bosses are awesome