Enjoy an engaging Killer Sudoku experience! Jump into enhanced gameplay, solve tons of puzzles, train your brain, and have fun!
Discover the new brain-training puzzle from the developer of Sudoku.com!

Killer Sudoku by Sudoku.com is great for both beginners and advanced players. Although Killer Sudoku is harder than classic sudoku, we made it accessible for players of all skill levels. With its enhanced gameplay, it's easy to follow the game rules and become a sudoku master in no time. Explore Killer Sudoku and discover a refreshing take on the classic paper-and-pencil sudoku puzzle.

* Killer Sudoku puzzles to expand your sudoku experience.
* Thousands of levels to solve.
* Daily challenges to win unique trophies.
* Seasonal events to get unique medals.
* Hints and notes to guide you when you get stuck.
* Tons of gameplay to challenge your brain.
* New game from a top developer!

* Fill all rows, columns, and 3x3 regions with numbers exactly like classic sudoku.
* Every cell is part of a cage, indicated by dotted lines.
* Make sure the cells can be added up to the sum in the upper left corner of the cage.
* The sum of all numbers of each 3x3 region, row or column always equals to 45.
* Numbers cannot repeat within cages, a single row, column, or 3x3 region.

Dive into the world of Killer Sudoku! Play anywhere, anytime!

Need help? Use our Killer Sudoku by Sudoku.com Walkthrough page or sign up and make your contribution today.

About Killer Sudoku by Sudoku.com

Killer Sudoku by Sudoku.com is a free-to-play, board and puzzle game developed by Easybrain, and is available for download on both iOS and Android devices. The app is compatible with iOS 10.0 or later on the following devices: iPhone 11 Pro, X, Xs, SE, iPhone 8, 7, 6, iPad Pro and iPad Mini. 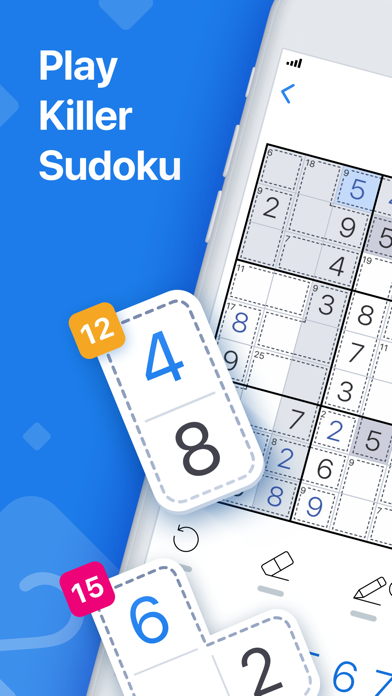 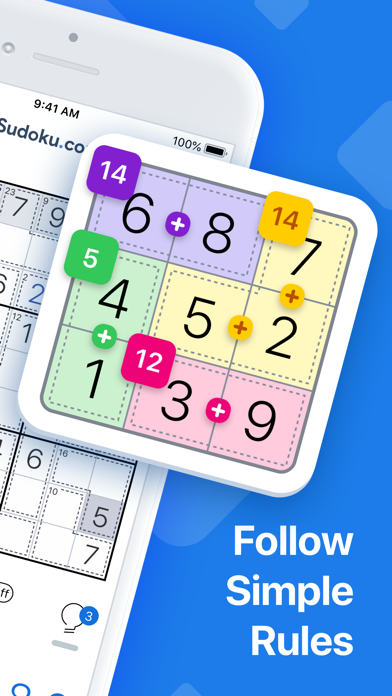 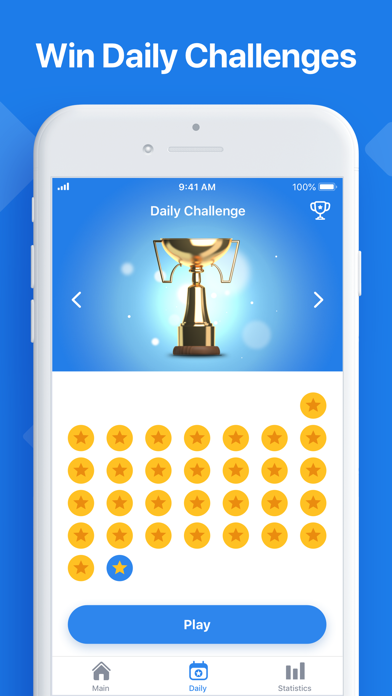 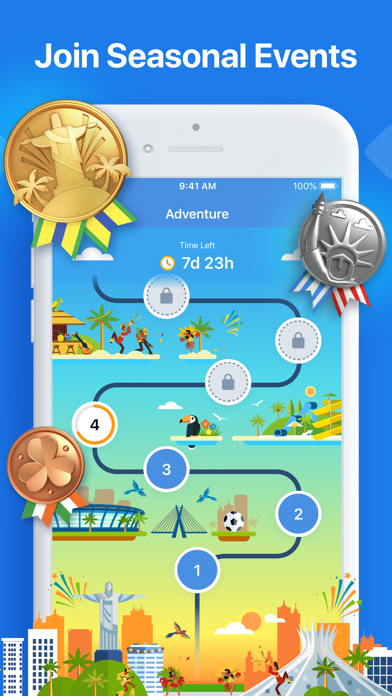 Review: 'Hard on the eyes' 'I love the game but it is a strain on the eyes. Ad shows colored boxes which there are no...

Review: 'Expert' 'There is too much difference between the “hard” and the “expert” puzzles. The hard puzzles are slightly challenging, but the...

Review: 'I love this version!' 'I played Sudoku so much that this was a great change. It’s so much fun. I always play the...

Review: 'The board' 'The layout and design of the board makes it hard to concentrate.'