First show about Jesus is here

See the record-shattering series about Jesus that has a 9.9 on IMDb.

MESSAGE FROM THE DIRECTOR

I’ve been a believer my whole life, I’ve attended Christian schools my whole life, and I’ve heard the stories of Jesus countless times. I’ve also seen every Jesus movie and miniseries ever made, and there have been dozens. So why a new TV show about Jesus?

Because I have a passion for people to hear the “old, old story” again … for the very first time. When I see Jesus movies, it’s sometimes hard for me to feel moved or excited. I've heard the stories before, and many Jesus projects just take you from Bible story to Bible story, not spending as much time on the humanity and backstories of all these characters. And they sometimes feel stiff and formal.

So when we started to write a show that explores Jesus through the eyes of those around Him, we were repeatedly moved and excited. We explored the backstories of Simon Peter, Matthew, Mary Magdalene, Nicodemus, and a few of Jesus’ miracle recipients, and in turn experienced Him in the way they did. We couldn’t help but identify with their recklessness, rough pasts, religious piety, and desperation for life change. And ultimately, their redemption.

One of our favorite responses from an early screening? "The story of Jesus that actually appealed to my teenagers!"

No matter where you’re at in your journey with Christ—whether you’re one of the many people in the gospels who encountered Jesus after a horrific past without Him, or you’re a Nicodemus who’s been a lifelong member of the God team—Jesus proved over and over that we have so much to learn and innumerable traits that need change.

We hope this show allows you to see Jesus as they did. The end of the trailer tells you how to watch this show right now.

The Chosen is an application developed by VidAngel and released on iOS. The app is compatible with iOS 9.0 or later on the following devices: iPhone 11 Pro, X, Xs, SE, iPhone 8, 7, 6, iPad Pro and iPad Mini. 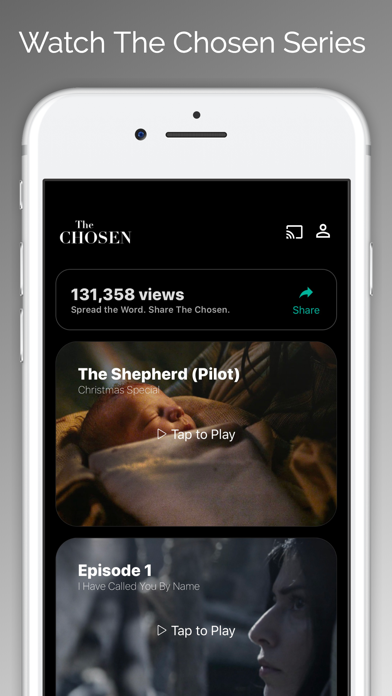 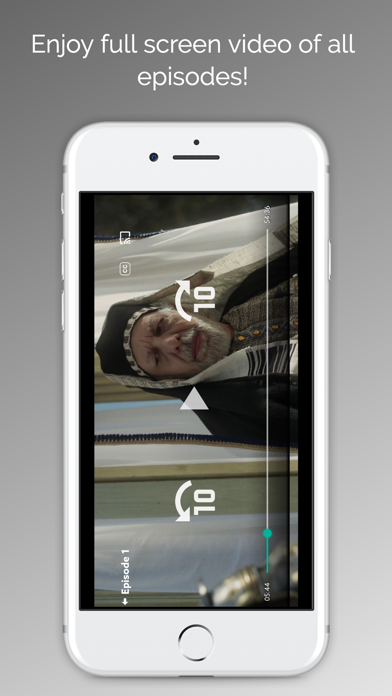 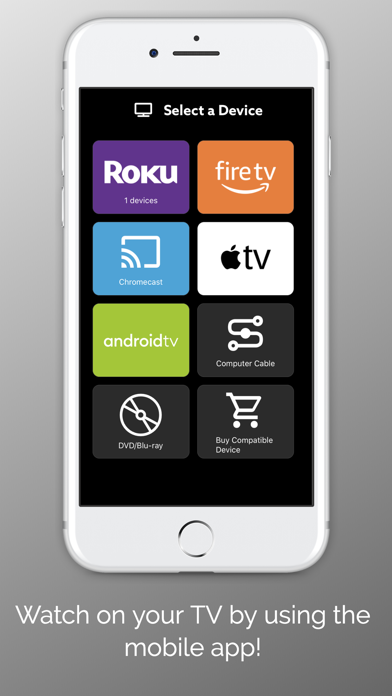 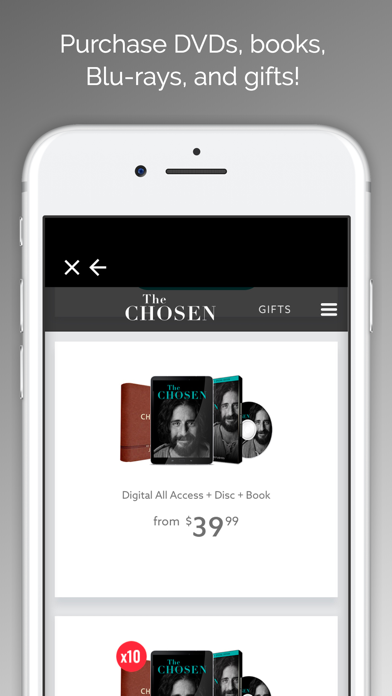 Review: Audio description My sister introduced this app to me and my family. I love it so much! But if it’s possible...

Review: You will regret NOT watching it! So do it! The Chosen is a multi season show about Christ arriving on the scene in Israel and choosing his disciples. It...

Review: Do not hesitate. This is the most beautiful picture of Jesus I’ve ever watched. It’s helped me bring scripture to life...

Review: Unbelievable. You feel as if you are there. You find yourself in these stories. It is so impeccably accurate to the...