Klondike Solitaire (known simply as solitaire or patience) is the best know and played solitaire game in the world. The aim of the game is to build up four stacks of cards starting with Ace and ending with King, all of the same suit, on one of the four foundations, at which time the you will have won!
The premium version is completely ad free!

This game is a fast and simple card game. Each new hand is random and presents a new challenge. Try and beat your best score, or set a new fastest time!

We've tried to make it as simple to play as possible, you can choose click once play, click twice or drag cards at any time.

How Klondike plays:
Klondike is a variant of solitaire played using one standard deck of 52 cards. After shuffling, seven ‘piles’ of cards are laid down, the first containing one card, the second containing two, and so on, up to the seventh containing seven cards. The top card of each pile begins face up and the others face down. The remaining cards form the ‘stock’ and are placed face down at the top of the screen. The four ‘foundations’ are areas at the top into which cards are moved during play.

The game is completed by moving all of the cards to the foundations at the top of the screen. There is a separate foundation for each suit, and cards must be moved there in the following order: Ace (low), 2, 3, 4, 5, 6, 7, 8, 9, 10, Jack, Queen, King (high). To achieve this, face up cards are placed in consecutive ordered piles of alternating colors with higher cards above lower cards. For example, a pile could comprise the Queen of Hearts, then Jack of Spades, then 10 of Hearts, then 9 of Clubs, then 8 of Diamonds.

The stock cards are turned face up, either one by one or in groups of three depending on the settings, to form the ‘talon’. The top card from the talon can be moved to a pile or straight to a foundation. Face up cards in a pile can be moved, either on their own or with other cards in the same pile, to another pile as long as this preserves consecutive ordered alternating colors. Empty piles can be filled with a King or a pile of cards topped by a King. When a pile is moved to reveal a face down card, it is turned face up. Cards are moved around in this way to release cards from the talon and piles to the foundations. Cards can also be moved back out of a foundation to a pile, which may release otherwise blocked cards from the talon. When all of the stock cards have been turned over, they can be ‘recycled’ (turned face down again and redrawn).

Completing the game is not always possible!

Need help? Use our Classic Klondike Premium Walkthrough page or sign up and make your contribution today.

Fixed an issue with font sizes on certain iPhone screens

Classic Klondike Premium is a card game developed by Kevin Ainley-Walker, and is available for download on both iOS and Android devices. The app is compatible with iOS 11.0 or later on the following devices: iPhone 11 Pro, X, Xs, SE, iPhone 8, 7, 6, iPad Pro and iPad Mini.

Click the button or scan the QR code below to download the latest version of Classic Klondike Premium on iOS. 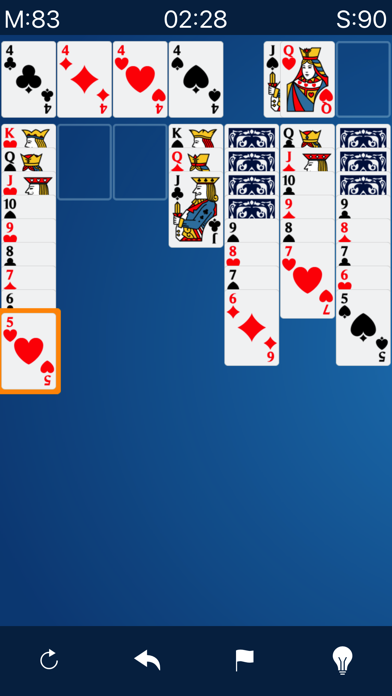 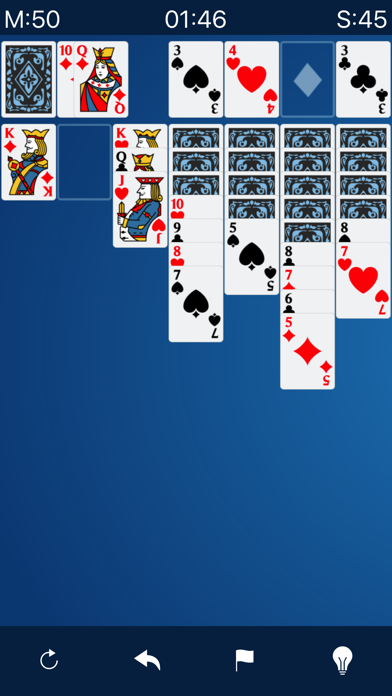 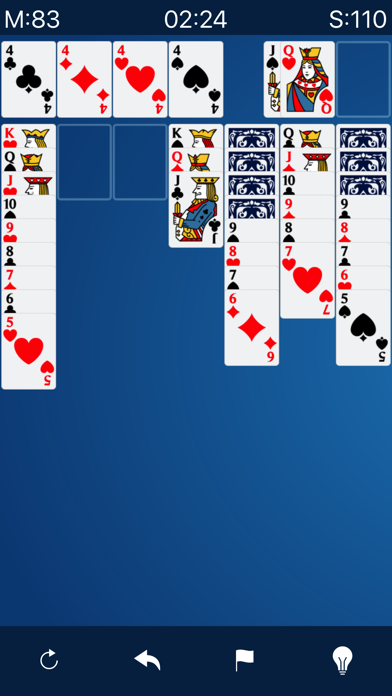