The Dynasty Data That Matters

Breakout Gauge: Draft wide receivers with confidence with the Breakout Finder's machine-learned Breakout Rating. The advanced prospect profile dashboard also feature a wide array of leading edge metrics from Speed Score to College Dominator Rating, as well as proprietary analytics such as Dynamic Score, Level of Competition, and Teammate Score.—
Comparison Command Center: Take prospect evaluation and decision making to the next level with Breakout Finder's interactive player comparison tool, which unifies the metrics that matter most within a always-updated talent heat mapping system.
—
Mobile Database: Mine value like never before by easily toggling through Breakout Finder's comprehensive wide receiver database featuring a robust index of advanced stats on players of the past, present, and future from Calvin Johnson to Chris Godwin to Denzel Mims.

Breakout Finder is an application developed by RotoUnderworld LLC and released on iOS. The app is compatible with iOS 9.0 or later on the following devices: iPhone 11 Pro, X, Xs, SE, iPhone 8, 7, 6, iPad Pro and iPad Mini. 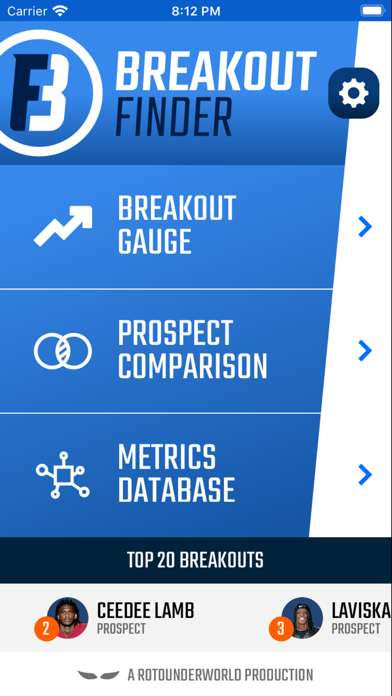 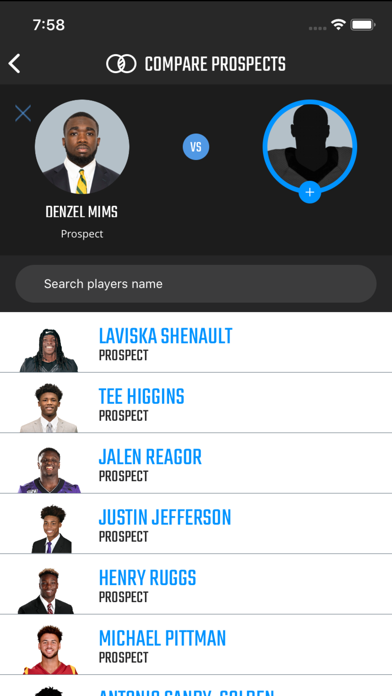 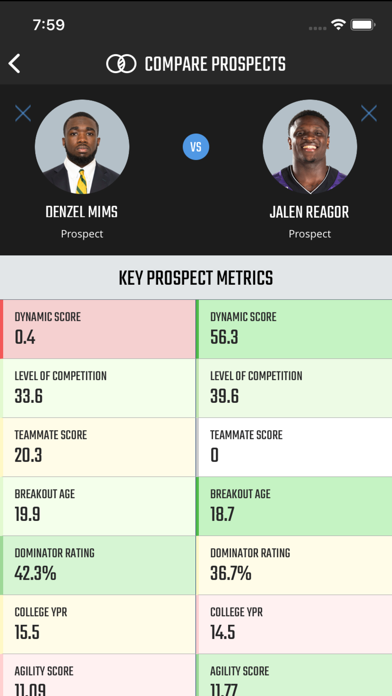 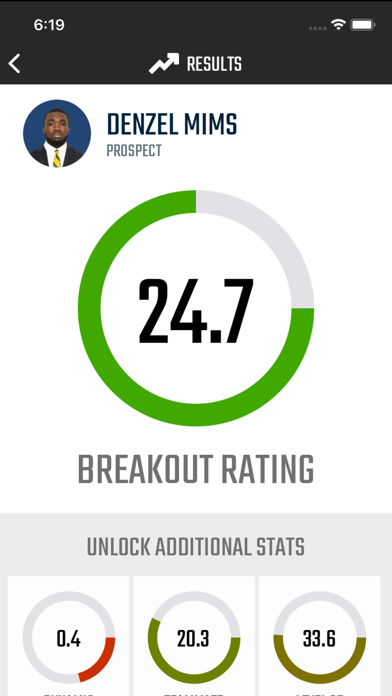 Review: 'Great content' 'Content is always good, had at 1 star because The Podfather is extreme at times, but 5 ⭐️ advise for helping to win...

Review: 'An excellent tool' 'Great functionality, great data. This is a helpful tool for any serious dynasty gamer who’s open to spending a...

Review: 'Bet on the upside!' 'Find those late round stashes with a chance to pop. Athleticism matters!!!'

Review: 'Clean and useful' 'Fantastic mobile functionality giving you access to some of the best WR eval metrics in the dynasty game'