Build and discover in Charterstone!

The campaign is divided into a series of separate games. Each game will have its own unique rule and bonus objective. Each game will build upon the previous one and add something new! Your decisions and play style will affect the progress and the end of the campaign. What’s more, there are no negative interactions between players. In other words, you score points on the back of your own strategy, not by undermining your opponents. It’s especially important when playing against your friends or family in online or hot-seats multiplayer!

So what is the game about? Can you convince the forever king to declare your village the new Eternal City?

• Pick one of the 6 unique characters to lead your charter
• Discover new buildings, scoring possibilities and game mechanics
• Strategize and manage your workers, buildings and resources
• Watch the ruleset, and the village, expand from game to game
• Build upon your progress from previous games
• Uncover the story as you progress through the campaign

What can you expect?
• Official Charterstone rules, consulted with Jamey Stegmaier himself
• Play with AI, friends or both - great experience for both solo and group play
• Online cross-platform multiplayer
• Hot-seats style local multiplayer
• AI opponents - Easy, Medium or Hard
• Full 12 games Campaign
• Single Game mode - a flexible and adjustable mode for a quick match!
• Save your map at any time and play it later with your friends
• Pre-set and randomly generated maps
• Awesomely animated board game map, buildings, cards, characters and more!
• Full replayability - no two campaigns will be the same
• Beautiful art by Mr. Cuddington and Gong Studios
• Unique experience of a board game with the convenience of a digital platform
• No negative interactions between players - no backstabbing!


WARNING: Charterstone: Digital Edition needs at least 2GB of RAM to work properly. Some older devices like iPad Air, iPad Mini and Mini 2, iPad 4 or iPad 6 only have 1GB of RAM.

Need help? Use our Charterstone: Digital Edition Walkthrough page or sign up and make your contribution today.

We have fixed the bug preventing players from rejoining their online games.

Charterstone: Digital Edition is a board game developed by Acram Digital, and is available for download on both iOS and Android devices. The app is compatible with iOS 12.0 or later on the following devices: iPhone 11 Pro, X, Xs, SE, iPhone 8, 7, 6, iPad Pro and iPad Mini.

Click the button or scan the QR code below to download the latest version of Charterstone: Digital Edition on iOS. 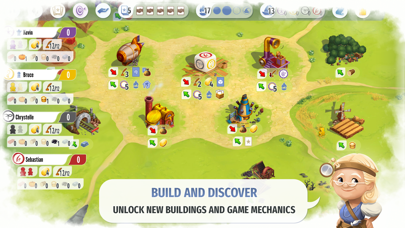 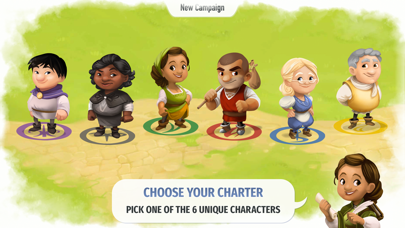 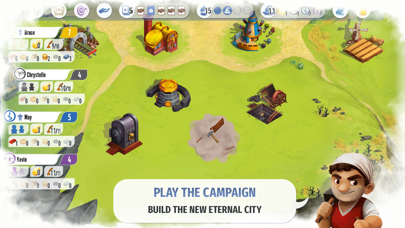 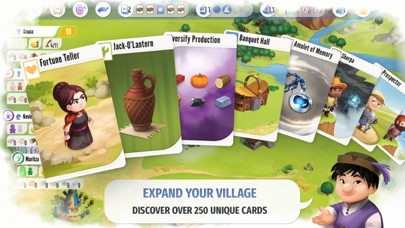 Review: Great game Played a full campaign with zero bugs on my iPhone 11. It *seems* if you have an older iOS device you...