Turn your device into a webcam

If you've ever wanted to use your iPhone camera as a video & audio input to stream using OBS Studio, we've got you covered. We've tried all the apps that let you do it over WiFi, but they're not fast enough, so we also allow you to use a wired USB connection.
QUALITY VIDEO
Your iPhone/iPad camera's are good, really good. In fact, there’s no comparison between the highly recommended streaming webcam, the Logitech C922 HD Pro and the iPhone 6 Camera. Stream Landscape or Portrait video.

AUDIO
If you don't have a separate mic for your streaming setup, you can now use the microphone on your iOS device to stream audio & video.

FRONT CAMERA
Stream a selfie with the front camera support. Switch anytime during the stream with the familiar camera switch button.

TAP TO FOCUS, PINCH TO ZOOM
Controls just like you're used to from the Camera app.

MANUAL CONTROLS
Take control of the focus, exposure, white balance as you would on a manual DSLR camera.

LOW LATENCY
Stream video over a wired USB connection. This avoids the issue of delay over wifi, as many other solutions suffer from. This is just as fast as a USB webcam!

USB & WIFI
Choose the connection type. If you want low latency, use USB, if you'd like portability then use WiFi. WiFi is done using the NewTek™ NDI® protocol, so you can use Camera for OBS Studio with any NewTek™ NDI® compatible receiver.

MULTIPLE DEVICES
If you're lucky enough to own multiple iOS devices, use them together and produce a multi-camera stream.

You will need to install the OBS Studio iOS Camera Plugin from our website, or use an NDI compatible receiver to use this app.

For the best possible experience make sure you device is listed on our website https://obs.camera/docs/faqs/#what-ios-hardware-do-i-need

About Camera for OBS Studio

Camera for OBS Studio is an application developed by Will Townsend and released on iOS. The app is compatible with iOS 9.3 or later on the following devices: iPhone 11 Pro, X, Xs, SE, iPhone 8, 7, 6, iPad Pro and iPad Mini. 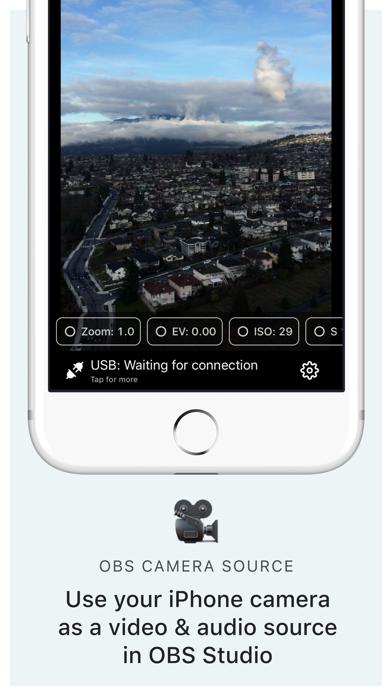 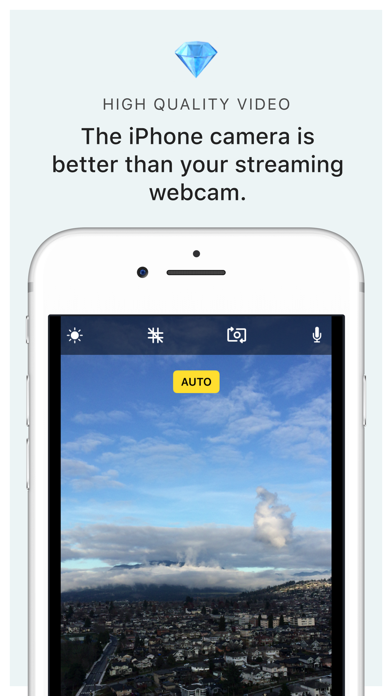 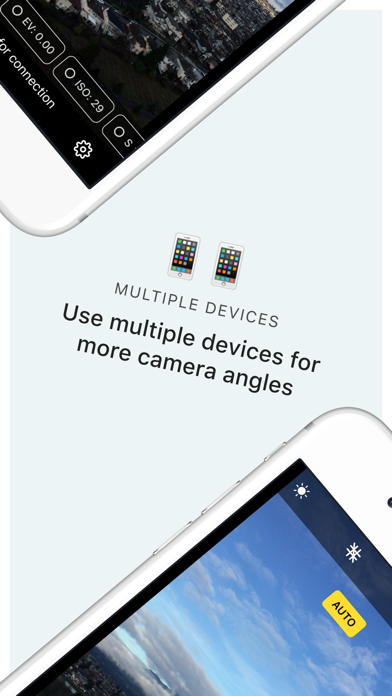 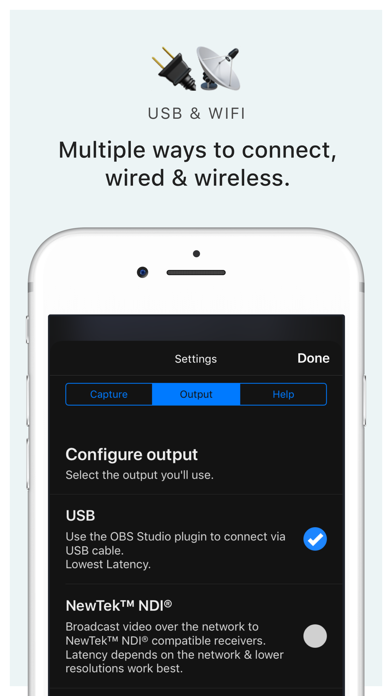 Review: Works Wonderfully! I was having an issue with my computer not recognizing my phone, until I read through the instructions on the...

Review: Great app but, I seem to be having a problem whenever I switch to wide angle mode....the entire thing just freezes only...

By Just A guy with info

Review: Literally a GAMECHANGER I’ve been tweaking my OBS setup for a month now and getting everything in order. As a Mac user...

Review: Works well but a bit confusing I use this with OBS to use my iPhone as a webcam. The instructions on the site are very clear...

Review: Banger Im on the internet like the Lawnmowerman!