NARUTO X BORUTO NINJA TRIBES brings together all your favorite characters and teams from multiple generations of the iconic NARUTO and BORUTO worlds. Naruto, Sasuke, and Sakura of the original Team 7 fight against or alongside their new Team 7 counterparts Boruto, Sarada, and Mitsuki. Many other unforgettable fan favorites such as Gaara and Ino-Shika-Cho also join the fight!
Shinobi Battles
Place your favorite shinobi in a deck and battle it out strategically with your three-shinobi squad in fast-paced shinobi action, just like in the NARUTO and BORUTO world. All with a single tap!

Strategic Gameplay
Work out the best strategy to beat other shinobi in battle. Enhance your shinobi’s skills and gear through a variety of training, game modes, and rewards to unlock heaps of in-game content. Assemble your shinobi to compete against other players’ squads or make alliances with their team to tackle Raids and defeat mighty Raid Bosses!

Tribe Specials
Execute dynamic ninjutsu combos which evoke a sense of speed and awe just like in the anime series as you bring unique shinobi bonds to life via these incredible techniques.

Dynamic Visuals
Immerse yourself in highly-dynamic 2D visuals which demonstrate an unrivaled sense of velocity and presence. Character visuals will evolve as you level up your shinobi!

Heaps of Content
Take on tower battles, fight against other players’ data in Ninja Arena, or work with other players to beat really tough opponents in Raids. This is just some of the content you’ll experience in the game… Get ready, there’s more!

Note:
This game contains some items available for in-app purchase that can enhance gameplay and speed up your progress. In-app purchases can be disabled in your device settings, see http://support.apple.com/kb/HT4213 for more details.

Need help? Use our NARUTO X BORUTO NINJA TRIBES Walkthrough page or sign up and make your contribution today.

The app has been released.

NARUTO X BORUTO NINJA TRIBES is a free-to-play adventure game developed by BANDAI NAMCO Entertainment Inc, and is available for download on both iOS and Android devices. The app is compatible with iOS 11.0 or later on the following devices: iPhone 11 Pro, X, Xs, SE, iPhone 8, 7, 6, iPad Pro and iPad Mini. 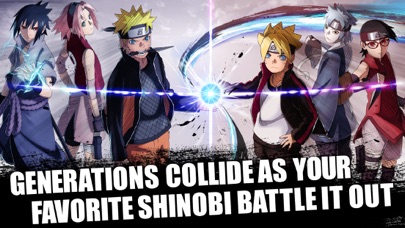 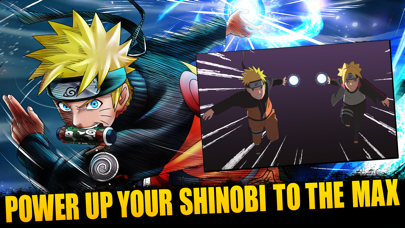 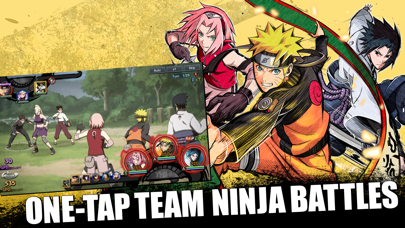 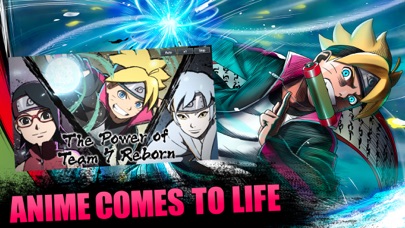 Review: 'Suggested charecters for the game!' 'So I love this game everything about it is amazing but one thing is that some of my favorite characters...

Review: 'Really fun but loading takes too long.' 'My internet is really good and I’ve spent majority of the game just loading. It gets really irritating.'

Review: 'Fun to waste time on' 'Easy to play time waster that you dont have to spend all day on'

Review: '😀best app and I really meant it!!' 'This is probably the best game ever, I really enjoy it and the graphics are great, the gameplay is sooooo...