Pattern recognition is an important tool in modern chess, as it helps you to understand better the characteristics of a position. Particularly when you have been confronted with a surprise opening system played by your opponent, it helps when you can just rely on general principles.
In this video series, ten key elements of opening play are discussed to help you improve your play at this stage of the game. In chess literature these themes have repeatedly been covered, but this time you will get actively involved yourself as well! After going through the ten examples from the theoretical section, your knowledge will then be tested by 50 instructive examples with multiple questions. These exercises contain various tactical ideas as well as positional aspects. On top of that another 50+ examples have been added in
a separate database, while there is also a new feature in the Fritz app to play out various positions. A careful study of this series will further deepen your understanding and help you to get through the opening stage without having to memorize deep theoretical lines.

Content: Importance of the centre, Lead in development & tactics, King in the centre, Neglecting kingside development, Grabbing a poisoned pawn, Capture towards or away from the centre?, Castling too early, Flank attack, Misplaced piece, Space advantage

Born in 1988, Robert Ris is an International Master who has repre- sented The Netherlands in various international youth events. Nowadays his main activities in the Amsterdam area consist of teaching in schools and chess clubs as well as coaching private clients. On top of that, he is also an active online trainer with a number of students from a host of different countries. Robert has made several appearances as a live commentator for prestigious events, such as the Dutch National Championships 2011-2013 and the Tata Steel Chess Tournament in 2013 and 2014.

Need help? Use our Mastering pattern Recognition Walkthrough page or sign up and make your contribution today.

Mastering pattern Recognition is a strategy game developed by ChessBase GmbH, and is available for download on both iOS and Android devices. The app is compatible with iOS 10.0 or later on the following devices: iPhone 11 Pro, X, Xs, SE, iPhone 8, 7, 6, iPad Pro and iPad Mini. 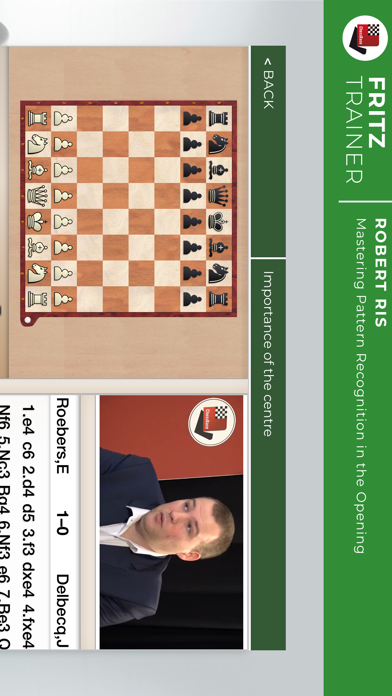 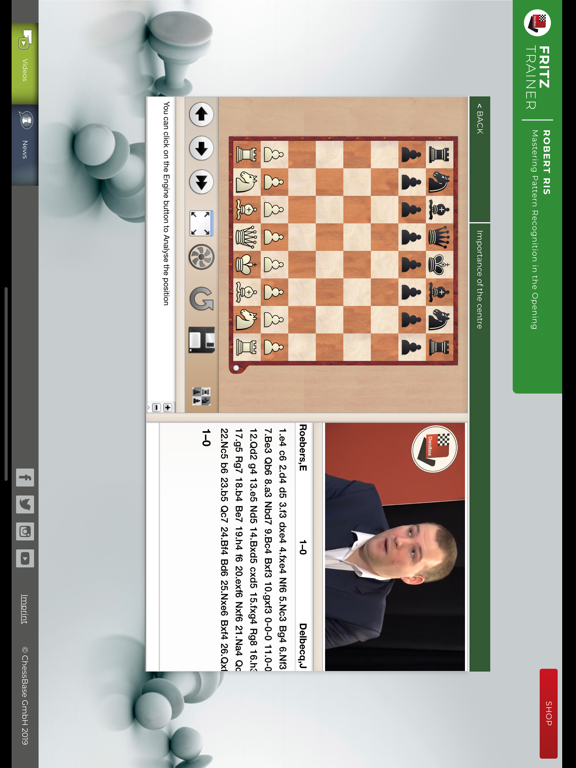