Challenge your brain and play against your friends — with the hit new multiplayer puzzle game - Sudoku Friends! Race your friends to solve the puzzle and think your way to victory! Whether you’re new to Sudoku puzzles, or a master solver, Sudoku Friends will thrill you!

*The Basics*
In each game, you’ll be given a Sudoku puzzle to solve, and every turn, you’ll get three numbers that fit somewhere in the puzzle. Find the right place for those numbers to win points! You’ll get bonus points for every row, column or block you complete. Once you’ve placed your numbers, your opponent gets a chance to play. Earn more points than your friends to win the battle!

*Play With New People*
None of your friends play Sudoku Friends? No problem! Choose a Random Battle and we’ll find you a game with a stranger. You’ll be matched with someone of your skill level!

*How To Play*
Just like regular Sudoku, the object of the game is to place numbers in the grid so that the numbers 1 to 9 appear only once in each column, row, and 3x3 box.
However, in Sudoku Friends you’ll only get three random numbers each turn. Place them in the right location and you’ll get 10 points. For every column, row, or box you complete, you’ll win an extra 30 points.
At the end of the battle, the player with the most points wins the game!

Need help? Use our Sudoku Friends Walkthrough page or sign up and make your contribution today.

Welcome to the newest version of Sudoku Friends. In this version, we introduce Emojis! Chat to your opponent using Emojis during an exciting round of Sudoku friends. We also introduce other new features and bug fixes to give you the best experience of playing Sudoku with your friends for free!

Sudoku Friends is a free-to-play, puzzle and board game developed by Tripledot Studios, and is available for download on both iOS and Android devices. The app is compatible with iOS 10.0 or later on the following devices: iPhone 11 Pro, X, Xs, SE, iPhone 8, 7, 6, iPad Pro and iPad Mini. 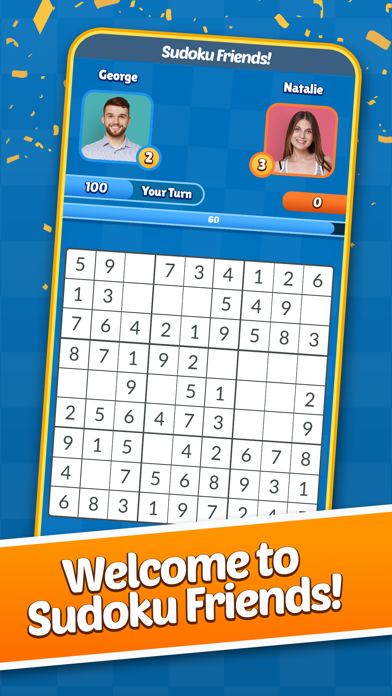 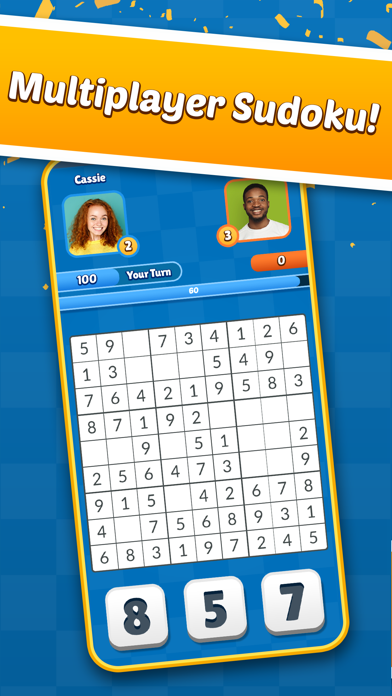 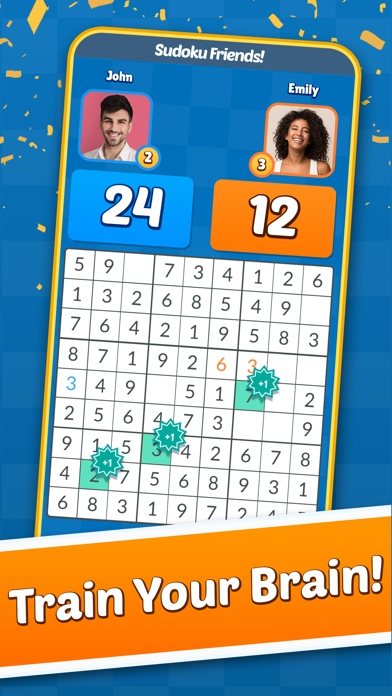 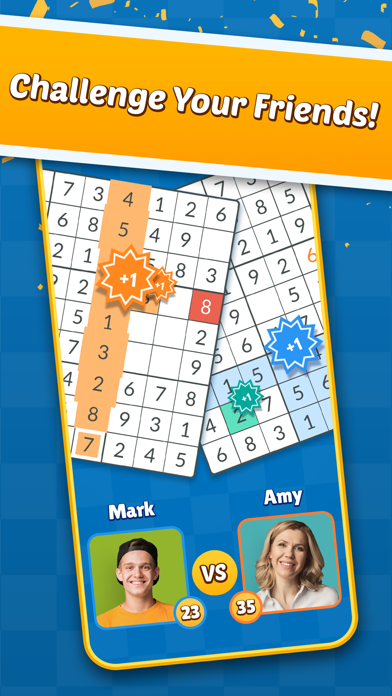 Review: I heart sudoku!! Great version of the game!! Needs a chat function in app.

Review: Great game, horrendous ads The ads in this game are criminal.

Review: The potential is there! I find that the puzzles are too easy. I wish there were different difficulties we could select. I also wish...

Review: 'Love this game!' 'I really enjoy playing this game. There is definitely strategy to it.'

Review: 'Game unfair' 'Most of the times I filled almost all the numbers in a box and the game give the chance to...