WHO IS AWESOME is a singleplayer mini-game collection, in which the most awesome character that you choose competes with the characters that you didn’t.
Four characters from different games — Reaper from Peace, Death!, Vladimir from DRAW CHILLY, Knight from OH MY GOD, LOOK AT THIS KNIGHT!, and the Cowboy from Gun Done — sit at the same table and try to think faster than their opponents.

Features
- Many various games.
- Tables that unlock even more games.
- Rooms, each with different rules.
- Cat named Juggernaut that doesn’t influence anything but your mood.

Need help? Use our WHO IS AWESOME Walkthrough page or sign up and make your contribution today.

About WHO IS AWESOME

WHO IS AWESOME is an application developed by Azamat Bayzulaev and released on iOS. The app is compatible with iOS 11.0 or later on the following devices: iPhone 11 Pro, X, Xs, SE, iPhone 8, 7, 6, iPad Pro and iPad Mini.

WHO IS AWESOME Screenshots 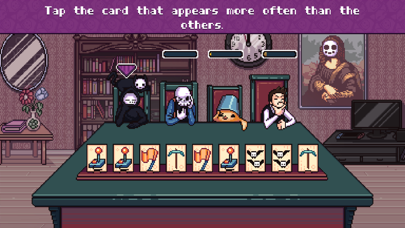 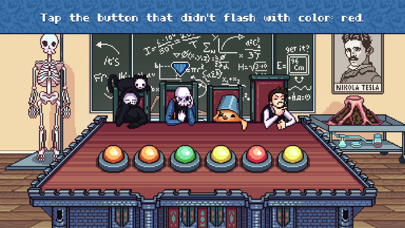 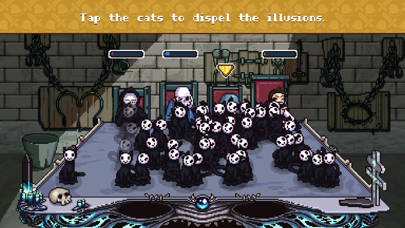 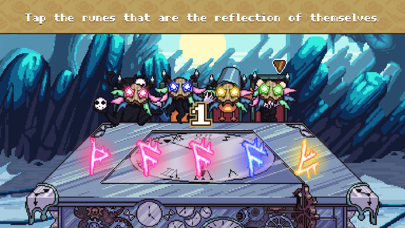 Review: 'THIS IS AN AWESOME GAME!!' 'I love everything about this game! The mini games are so fun and so are the characters. I just came...

Review: 'Hidden gem' 'So glad I stumbled upon your games. Definitely check out all of this devs games! Thanks'

Review: 'Great Purchase' 'I have been going around the app store trying to find some games that are not competitive or poorly designed...

Review: Great game, but why no women? I really enjoyed this game but really didn’t like that I couldn’t play as a woman right off...

WHO IS AWESOME Add-Ons

Create New Price Alert for WHO IS AWESOME