In this crazy world, humanity is very greedy, using a bunch of PPTs as props to create the largest Ponzi scheme in world history!

Now join the Leek Investment Company and experience this thrilling madness again:
1.Complete the company's business investment tasks, earn commissions, and become the company's CEO or chairman;
2. Purchase the assets of the Leek business empire, become a shareholder of the company, and build a trillion enterprises;
3. Simulated trading, with dozens of times increase in one second, the first second is heaven, and the next second is hell;
4. Simulate BTC mining and become the overlord of the mining pool;
5. Simulate ICO, recruit Satoshi Nakamoto, Yuchen Sun and others to create the next 100 billion bitcoin

You are smart, handsome, beautiful, and tall. Leek Investment Company needs you very much!

Need help? Use our Leek Inc. Walkthrough page or sign up and make your contribution today.

Leek Inc. is a strategy game developed by Esther Watson, and is available for download on both iOS and Android devices. The app is compatible with iOS 9.0 or later on the following devices: iPhone 8, iPhone 7, iPhone 6, iPad Pro, iPad Mini and iPod Touch 6G or newer. 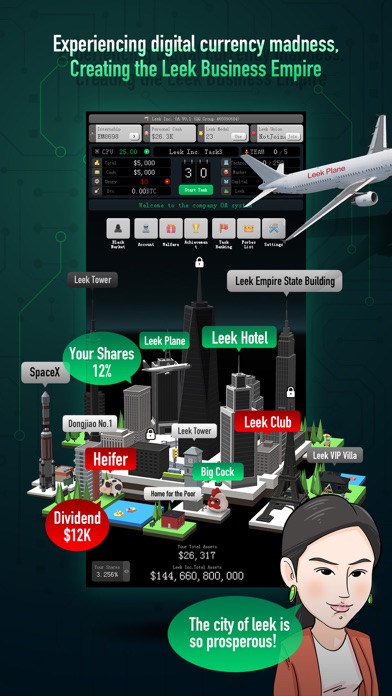 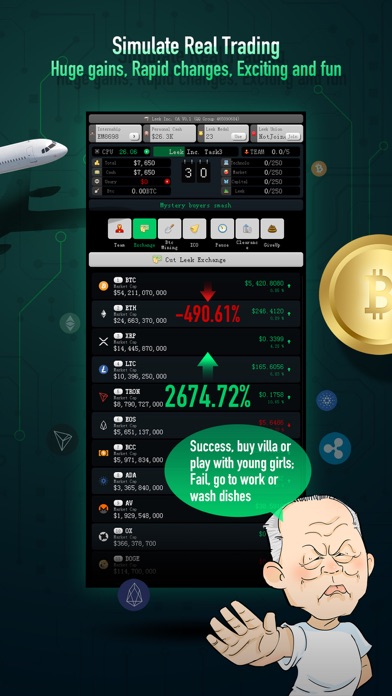 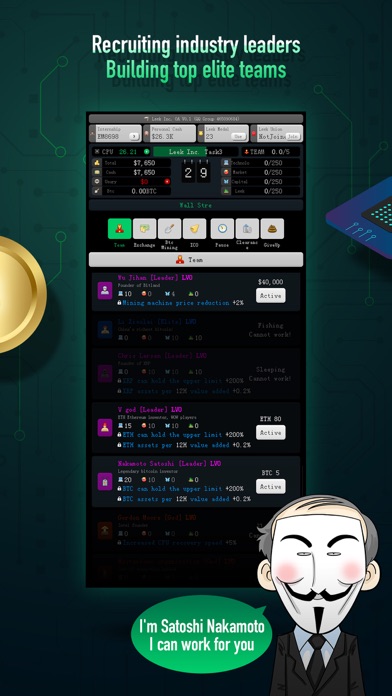 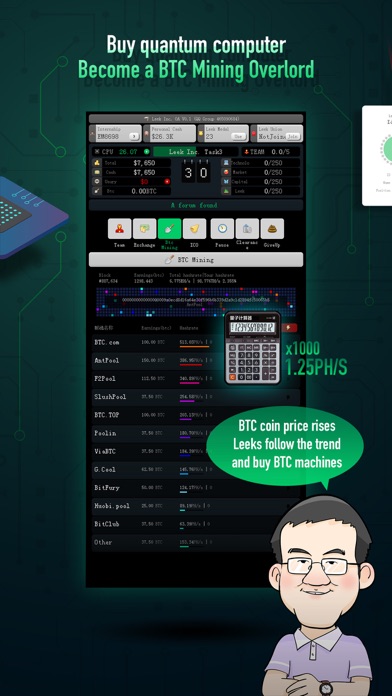