Seek and Find the Differences!

Are you an expert at spotting the differences between two things? It’s pretty easy if they look extremely different, but what if the two pictures are almost identical? That’s where we test how good of a detective you are! Random Logic Games is proud to present to you Infinite Differences, a new photo hunt game with loads of cool graphics and photos!

Free to download, each level in Infinite Differences is designed to give your eyes a feast, with expertly designed, unique scenes that are created to give your mind a workout without being fatiguing. Playing is easy, but with so many puzzles, do you think you have what it takes to seek and find all the differences?

How to play Infinite Differences:
When a level begins you will be shown two photos that appear identical - but they are not! It’s your job to find the five differences between the two photos. Sometimes it’s easy, sometimes it isn’t.

- Compare the two images
- Search for small differences or variances between the two photos or scenes
- Tap either photo to highlight the difference
- Find all 5 differences before the time runs out!

Can’t get past a puzzle?
Watch a short video for a hint, if you get stuck! (Watch as many as you need to help spot the difference you're having a challenge finding in order to solve the puzzle, we won't tell anyone!)

Need help? Use our Infinite Differences Walkthrough page or sign up and make your contribution today.

About Infinite Differences - Find It

Infinite Differences - Find It is a free-to-play, puzzle and word game developed by Conversion, LLC, and is available for download on both iOS and Android devices. The app is compatible with iOS 9.0 or later on the following devices: iPhone 11 Pro, X, Xs, SE, iPhone 8, 7, 6, iPad Pro and iPad Mini. 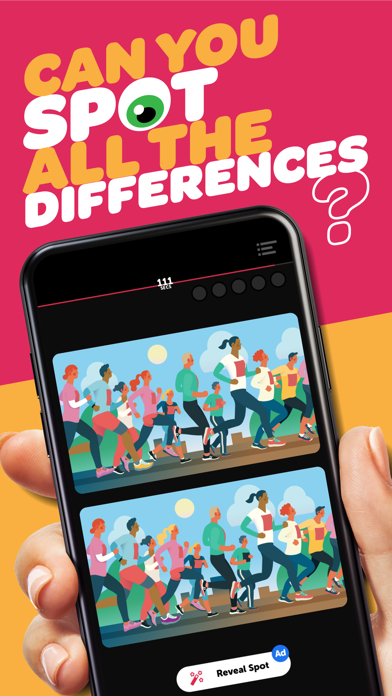 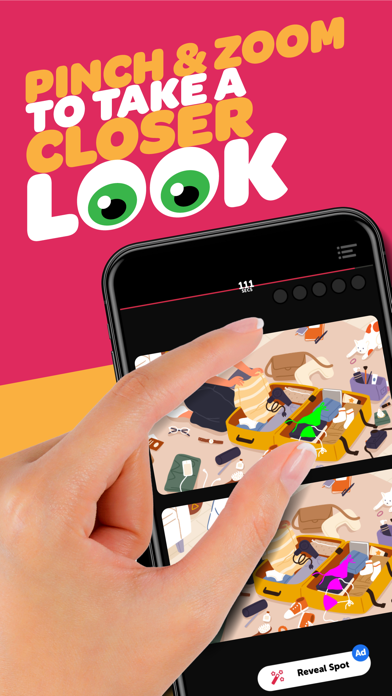 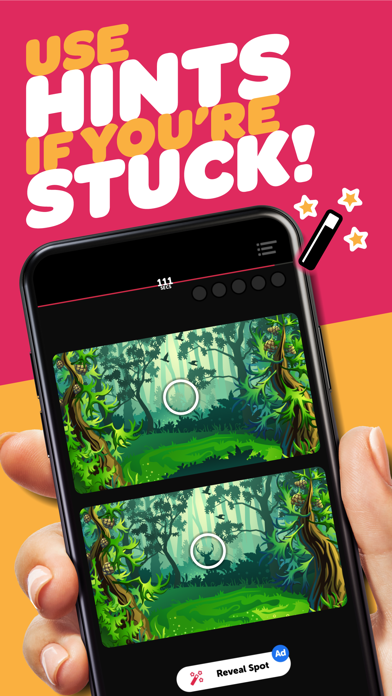 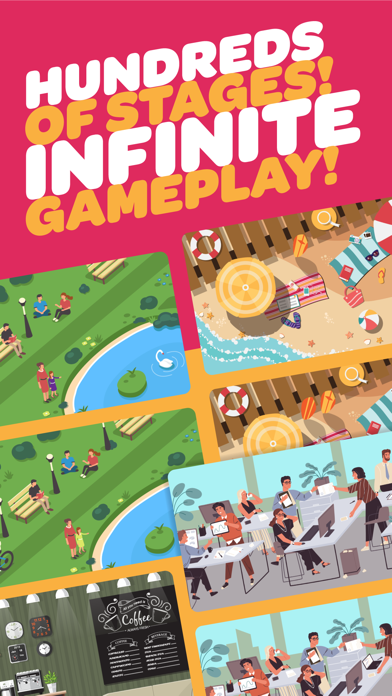 Review: To hard It’s been so hard I don’t like the timer

Review: It’s good! I wish I could enlarge both windows to use up available space on my screen.

Review: Update I loved the game but played them all in 1 month and they had added more in over 2 months. I will...

Review: 'Finding Differences is fun and oh so challenging! 'Fun and consistently challenging..sometimes it helps to leave the game for minutes and come back. You may discover you...