WorldBox is a free god and simulation Sandbox game.
In this free Sandbox god game you can create life and watch it prosper!

Civilizations can craft and build houses, roads and go to war with each other. Help them survive, evolve and build powerful civilization!

The Sandbox. Play around with different powers. You can dissolve ground with acid rain or even drop an atomic bomb! Spawn tornados, underground worms or a Heat ray. Enjoy creative destruction or craft worlds full of life!

Experiment in your own Sandbox game. Play with different creatures and powers in magic world simulation

Become a God of your own pixel art world. Create life and build civilization of different mythological races. Build a world of your dreams!

Download Super WorldBox - God Game for FREE!
If you are experiencing any problems, please do get in contact with me here: [email protected]

Leave a feedback or a suggestions if you want to see more powers and creatures in this free Sandbox game!

Need help? Use our WorldBox - God Sandbox Walkthrough page or sign up and make your contribution today.

WorldBox - God Sandbox is a free-to-play simulation game developed by Maxim Karpenko, and is available for download on both iOS and Android devices. The app is compatible with iOS 9.0 or later on the following devices: iPhone 11 Pro, X, Xs, SE, iPhone 8, 7, 6, iPad Pro and iPad Mini. 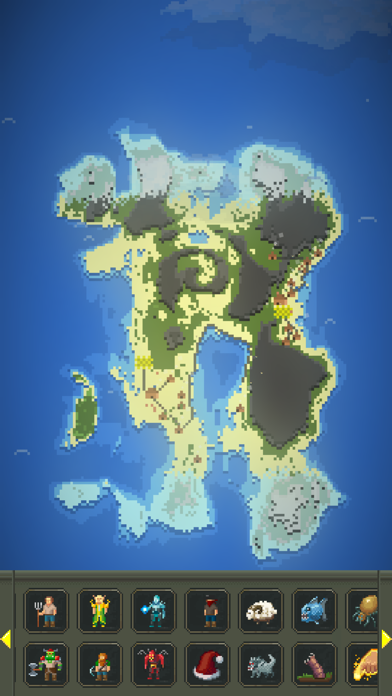 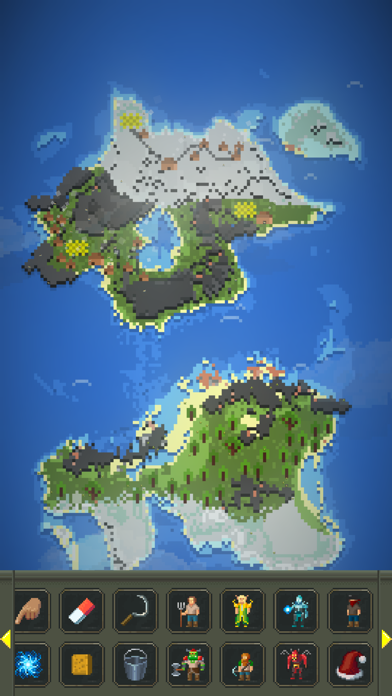 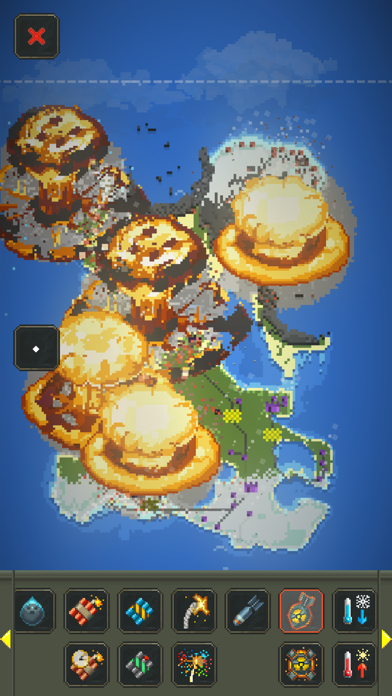 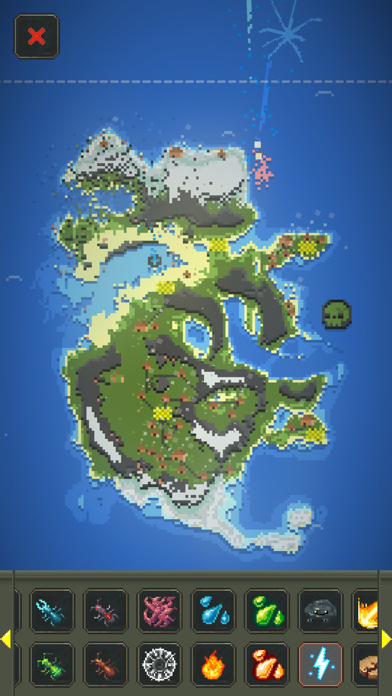 Review: I think this is a bug I tried to buy premium but the notification I sent to my prenatal figure disappeared before they approve it and...

Review: Soooooo fun Sooooo fun I love the crabzilla thing the most

Review: Premium I live the game it’s self and it really is revolutionary but when I bought premium it broke parts...

Review: Fun game but....... I love this game so much but I wish u could advance you’re civilization like into technology and stuff...

Review: I have a complaintish First I love the game but More things should be added I wish that you can edit people like give...