Your time is now! Free the world's heroes from imprisonment and lead the revolution of the skies!
Explore an uncharted universe full of mystery. Experience unique monsters, fight with exclusive heroes, and uncover ancient secrets.

TEAM UP WITH FRIENDS & SAVE HORIZON!
Welcome to Horizon, a universe of thrilling action and cutting edge storytelling! Journey to new worlds in a race to uncover the ancient secrets of a forgotten alien race.

THRILLING NEW GAME MODE!
Introducing a mind-blowing, unique game mode "Guild Conquest!" It's a race to the center and your allies need you. Band together for control and expand your territory. Forge alliances, clash with the opposition, and make a play for the throne!

FAST-PACED, DYNAMIC BATTLES
Battle with players from around the globe with fully animated attacks and stunning visual effects in breathtaking arenas. Do you have what it takes to be the champion? Answer the challenge, defeat your opponents, and show that you are the best in the world!

DEEP SKILL TREE
Get powered up! Enhance your special abilities and discover new powers. Unlock rare research branches, to take your team to the next level, and give them the advantage on the battlefield! Customize your team to be the best in all of the kingdoms.

HEROES UNITE!
Assemble the strongest team in the galaxy and become a force to be reckoned with! Collect hundreds of larger than life heroes, powerful weapons, and special gear to put together an unstoppable legion that’s in a league of their own.

DISCOVER YOUR DESTINY
Explore the mysterious, war torn realm of Crystalborne and start the world on a path to revolution as you realize your true power and ascend as the Crystal Breaker! What fate awaits you? Only you can decide!

A RACE FOR THE THRONE
Rally an army and venture into the unknown in an explosive race to the center in Guild Conquest mode. Join a team and journey down a path to the truth behind the Marauder invasion. Everyone is vying for control as you claim territories one by one. What type of leader will you be? Peaceful, carrying out treaties with surrounding guilds or attacking every tower on the way to power and enlightenment?

Need help? Use our Crystalborne: Heroes of Fate Walkthrough page or sign up and make your contribution today.

Step into Crystalborne: Heroes of Fate! Assemble a team of powerful Heroes, each with their own special abilities, and compete with players across the globe while you take down the nefarious faction known as the Marauders. * Dominate with your Guild in a NEW global PvP strategy mode called Guild Conquest! * Power up with Gear, Infusion, Upgradable Abilities, and more! * Navigate the evolving world of Crystalborne in the Campaign!   * Chat and form Guilds with players from around the world!

About Crystalborne: Heroes of Fate

Crystalborne: Heroes of Fate is a free-to-play strategy game developed by Machine Zone, Inc, and is available for download on both iOS and Android devices. The app is compatible with iOS 10.0 or later on the following devices: iPhone 11 Pro, X, Xs, SE, iPhone 8, 7, 6, iPad Pro and iPad Mini. 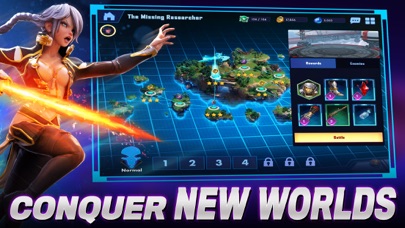 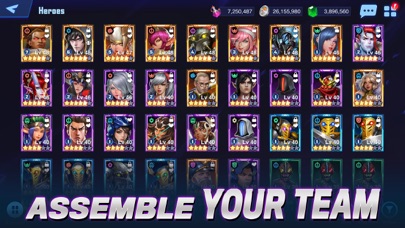 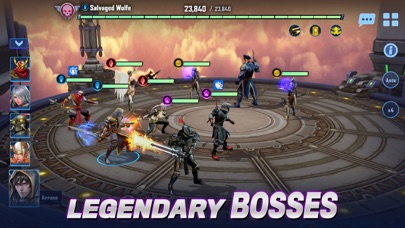 Review: 'Fun game always getting better' 'Great summon pvp game with awesome rewards a good drop rates. Yes they put ads in your face but the...

Review: 'Okay' 'The game has a heavy emphasis on PvP. There is some grinding but they have included a fair bit of...

Review: 'Extremely fun but costly' 'Game has so much to do you can stay busy everyday. But you do need to spend to stay active....