Mate is an incredibly powerful translator app which is deeply integrated with iOS. It lets you easily translate words, texts and speech anywhere on your iPhone or iPad. It works both online and offline, as well as available in dark and light mode. Mate will have your back with 103 languages.
Mate is equally helpful if you're mastering a new language, want to take down a language barrier when going abroad, or just occasionally need to translate a web page, email, message, etc.

Mate has some simple yet powerful iOS extensions which will save you a lot of time:

- Safari Extension. Browse the web without even noticing that there are foreign languages. Mate will translate websites before you even see them.

- iMessage App. Write messages in your language, Mate will translate them on the fly and send in the recipient's language. Or vice versa.

- Widget. Translate clipboard contents by long-pressing Mate's icon on home screen or from the Search screen.

We also supercharged Mate with some features language enthusiasts will totally love:

- Phonetic transcription and transliteration for both original and translation.

- Phrasebook. It's an easy way to store vocabulary you want to learn. You can save words to Phrasebook directly or shuffle your existing translations to it.

If you're always on the go, we have something for you, too:

- Mate Account. Mate has a powerful Mac app and extensions for all major browsers. Using Mate Account you can keep translation history and Phrasebook synchronized on all devices.

Mate is available for all of your devices:
https://matetranslate.com/download

Mate is now subscription-based. This is a step on a path to a unified Mate ecosystem that allows you to use Mate anywhere, no matter how you bought it. Existing users will retail their access to Mate forever, you will just have to create a Mate account. Open the app to learn more. If you encounter any issues, please contact us at [email protected]

About Language Translator by Mate

Language Translator by Mate is an application developed by Twopeople Software and released on iOS. The app is compatible with iOS 14.0 or later on the following devices: iPhone 11 Pro, X, Xs, SE, iPhone 8, 7, 6, iPad Pro and iPad Mini.

Click the button or scan the QR code below to download the latest version of Language Translator by Mate on iOS. 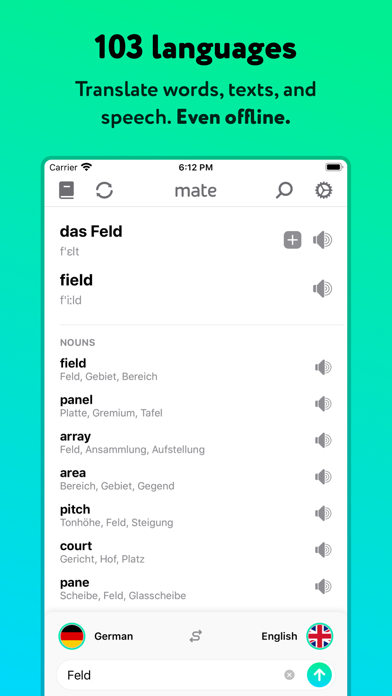 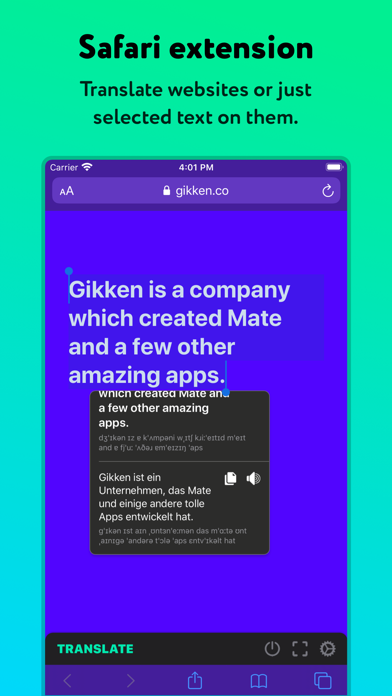 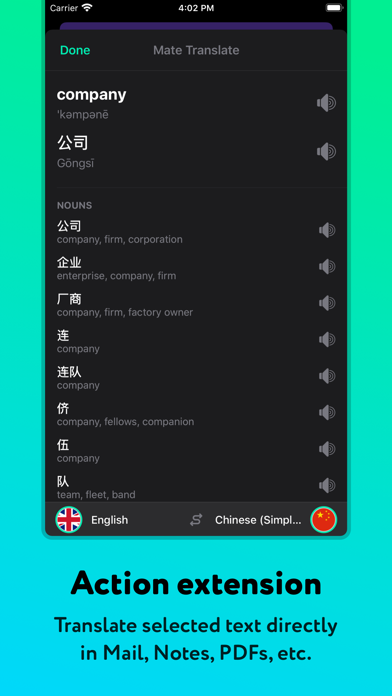 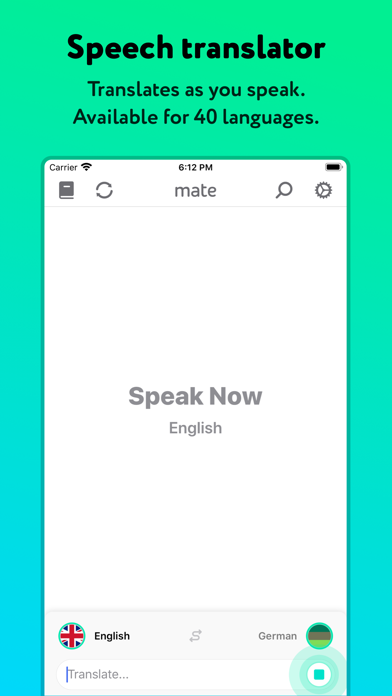 Review: The best translator I’ve been using this app with no problems for a couple of years. Can’t even suggest how to...

By Sad in Costa Mesa

Review: No adds No adds, everything seems good about this app; nothing to complain about. My go to app for translations have had...

Review: Can you not Do subscriptions because I’m having trouble with the app

Review: Great from the beginning! I’ve used this from their very beginning. I’ve never had a problem and have always gotten great translations.

Review: Great This is a very important application I suggest you try it