◆ A TRUE REMASTERPIECE, DOOD!The beloved cast of the original Disgaea returns in this remaster for a new generation, now available on Smartphones!

◆ What is Disgaea 1 Complete?
The king of strategy RPGs returns! Join Laharl, Etna, and Flonne in their crazy adventure through the Netherworld to crown a new Overlord. Remastered for a new generation, with brand new visuals!

Disgaea 1 Complete Mobile is a single purchase game application.
There is no DLC or additional purchases necessary to access all content in the game.

◆ Story
The Netherworld - a place darker than a pitch-black cave, located deeper than the depth of the seas. It is a cursed land where evil reigns and foul beings dwell. Nobody knows its whereabouts, but everybody fears its existence…

The story takes place two years after the death of King Krichevskoy, the ruler of the Netherworld. His son Laharl slept for two full years, unaware of his father’s death, while demons fought for supremacy over the Netherworld. With the help of his vassal Etna and her underlings, the egocentric, megalomaniac Prince Laharl fights his way to become the next king.

◆ New Features for Smartphones
- Auto-battle: Let the battle play out on its own! Not only can you leave the stages themselves up to auto-battle but also the Item World as well. With the Auto-Battle feature, you can leave the level grind up to the game.

- Battle Speed Boost: Play through the game with between 1x and 8x the normal speed!

- Cheat Shop: The popular Cheat Shop returns! Upping the amount of EXP and HL you receive post-battle, enemy strength, auto-heal-- All these features and more can be tweaked in the Cheat Shop.

◆ Cloud Saves
iOS systems are supported and you can transfer your save data between platforms.
Play on your tablet at home and your smartphone on the go!
(IMPORTANT) ID and password backup is the sole responsibility of the user.

◆ Recommended Specs
iOS 13.0 and above. (2GB of RAM or more recommended)
*Even with the recommended specs, the game may not function properly on certain devices. Depending on the device used, we may not be able to offer support even in the event of unanticipated issues.

◆ PS4 controller compatible (partly)
Supports PS4 controller for movement at bases, menus, and operations during battles (some optional menus are not supported)

◆ Search for “Game Variety” for all your apps
Check out the rest of our mobile platform titles from Nippon Ichi Software! From console ports to board game classics, there’s lots to enjoy from the “Game Variety” brand of games.
See the full listing at: https://nippon1.jp/game_variety/ (Japanese language site)

Need help? Use our Disgaea 1 Complete Walkthrough page or sign up and make your contribution today.

Disgaea 1 Complete is a simulation game developed by Nippon Ichi Software, Inc, and is available for download on both iOS and Android devices. The app is compatible with iOS 13.0 or later on the following devices: iPhone 11 Pro, X, Xs, SE, iPhone 8, 7, 6, iPad Pro and iPad Mini.

Click the button or scan the QR code below to download the latest version of Disgaea 1 Complete on iOS. 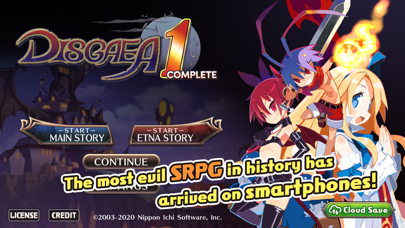 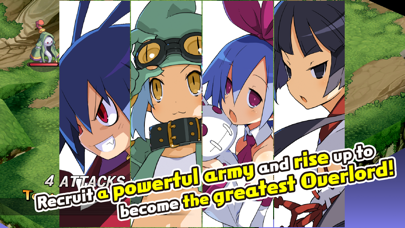 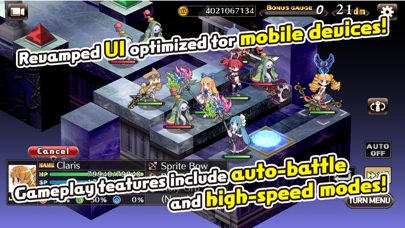 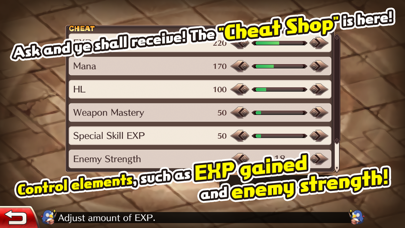 Review: Game will not install !! I’m. So excited for this game but it won’t install. I have tons of room on my phone....

Review: Love it very addictive.. but one thing It needs to be rated for at least 12+ it has mild language/ a few curse words but I love the...

Review: Disgaea 2 please Could you pls port Disgaea 2 thanks