Welcome to joins us – the best Spades offline game in the store!Spades is a trick-taking card game. You will quickly get the hang of Spades if you are familiar with card games such as Bridge, Hearts, and Oh Hell.
Test your spades skills by competing with the smart artificial intelligence.
You will be amazed by the awesome graphics, well-designed cards and attractive sound effect. Let’s explore the immersive gaming experience and have fun!

Special Features
Spades is FREE to play! Join the fun whenever and wherever you want to play.
Play offline! Internet is not required.
Pick your favorite backgrounds, card style and card backs.
Set the game difficulty, speed, and scores according to your own preference.
Customized bid options for you to choose.
Save your game data for your inconvenience so you can continue to play.

Different Game Modes
Play Spades in multiple game modes to experience the different gaming fun. Select whichever you like and enjoy by yourself or with your partner.
Solo: Bid the number of trick you expect to take in your turn.
Partner: The bids by two members are added together.
Suicide: Play as 2V2. You must bid either Nil or at least four tricks. You partner have to bid the opposite.
Whiz: Play as 2V2. You must bid the exact number of spades in your hand or go Nil. Blind bidding is not allowed.
Mirror: Similar to Whiz, you must bid the number of spades in their hand. However you cannot go Nil unless you have no spades.
Board: Play as 2V2, the team must bid at least four tricks or go Double Nil.

Basic Rules:
You can bid the number of trick you expect to take in your turn. A bid of “zero” is called “nil”. In partnership Spades, the bids by two members are added together.
You must follow suit of the first card if you can; otherwise you may play any card, including a trump Spade.
You may not lead Spades until a spade is played to trump another trick.
The trick is won by the player who played the highest card of the led suit – or if trumps were played, the highest trump card wins.
Whoever or whichever team reaches the exact number of the bid will win the game.

Are you up for the challenge? It’s your time to join us in the Spades table and show them what you’ve got. Play now and find out the fun!

Please don’t forget to rate and review our Spades game if you find it interesting and amazing. It will help us a lot for further game improvement and optimization. Feel free to contact us as well! Let’s pull together and make a terrific SPADES out there in the world.

Need help? Use our Spades !! Walkthrough page or sign up and make your contribution today.

The new release includes in-game improvements and enhancements to make the game better for you! Download the latest version to check out the smoother gameplay.

Spades !! is a free-to-play, card and board game developed by Caelum Inc, Slots Bingo Casino Card Game Collections, and is available for download on both iOS and Android devices. The app is compatible with iOS 8.0 or later on the following devices: iPhone 11 Pro, X, Xs, SE, iPhone 8, 7, 6, iPad Pro and iPad Mini.

Click the button or scan the QR code below to download the latest version of Spades !! on iOS. 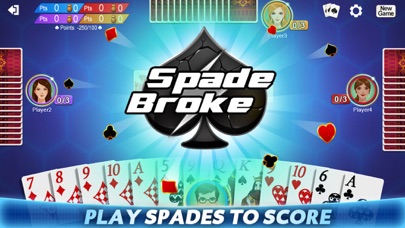 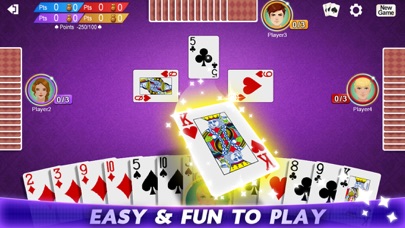 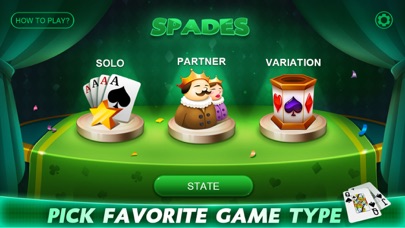 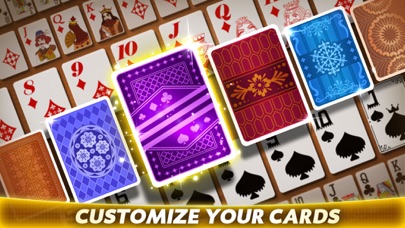 Review: No bags Most spades games are set up so that if either team gets 10 books or bags over their Bid they are...

Review: Partners When a trick is definitely yours, your partner shouldn’t cut it if possible!!! I never knew a computer could...

Review: Spades My only way is always to bid the “nil bid”