Choose a side and battle in G.I. Joe: War on Cobra! Build, upgrade, and defend your base in this high action, competitive multiplayer strategy game, featuring your favorite G.I. Joe Heroes and Cobra Villains!
The War on Cobra wages on...where does your allegiance lie? Clash with or against iconic characters like Duke, Snake Eyes, Scarlett, Roadblock, Storm Shadow, Baroness, and more! Deploy or demolish Units like H.I.S.S., Mamba, Vamp, and M.O.B.A.T. The future of Earth is at stake, will you save it or conquer it?

FEATURES
● Collect Hero, Troop, Command, and Vehicle cards and customize your deck to attack enemies or defend your base
● Compete with other players in PVP Events and work your way up the ranks!
● Equip your Squad and defend from land, sea, or air with special defenses such as Turrets, Sea Mines, and Troop - Depots, for the ultimate victory!
● Choose a side! G.I. Joe and Cobra factions have unique Units and Buildings and play differently for a truly substantial gaming experience!
● Complete an ever changing array of Missions to earn additional resources and special rewards for your troops!

COLLECT HEROES, VILLAINS, TROOPS, AND VEHICLES
Collect cards and customize your deck to upgrade your Heroes, Troops, Commands, and Vehicles. Open Cargo Shipments loaded with essential units and resources. Move your way through the tiers to unlock enhanced characters, weapons, and more!

COMPETE IN PVP EVENTS TO ATTACK AND DEFEND
Battle against players from around the globe in Events and Alliance Wars for oil, minerals, intel, and PVP Ranking. Deploy Units in battle to attack enemy bases and raid their resources. Vehicles can hold extra heroes to bring them to the front lines and can unlock special weapons and extra guns! Work your way up the ranks for the best rewards!

BUILD, UPGRADE, AND CUSTOMIZE YOUR BASE
Produce resources to increase base protection and participate in epic battles! Upgrade your base to defend your resources from enemy troops determined to liberate them for their own use! Gain access to new and advanced defenses as you customize and level-up your Headquarters.

INSTALL G.I. JOE: WAR ON COBRA TO UNLEASH YOUR INNER LEADER AND PROTECT THE EARTH OR CONQUER IT!

G.I. JOE and all related characters are trademarks of Hasbro and are used with permission. © 2019 Hasbro. All Rights Reserved. Licensed by Hasbro.

Need help? Use our G.I. Joe: War On Cobra Walkthrough page or sign up and make your contribution today.

Yo Joe! Welcome to G.I. Joe: War on Cobra, the all-new high action, competitive multiplayer strategy game, including your favorite G.I. Joe Heroes and Cobra Villains! Whether you're hungry to take out the Cobra scum or thirsty to have the world kneel before you, be the first to get the party started... Choose your side and guide your troops into battle with Joe OR Cobra Factions! And you can switch sides anytime! Experience action like never before! Collect, build, and upgrade an alliance of your favorite characters and vehicles from the classic cartoon and the iconic action figure line! Let’s go!

G.I. Joe: War On Cobra is a free-to-play, simulation and strategy game developed by D3PA, and is available for download on both iOS and Android devices. The app is compatible with iOS 10.0 or later on the following devices: iPhone 8, iPhone 7, iPhone 6, iPad Pro, iPad Mini and iPod Touch 6G or newer. 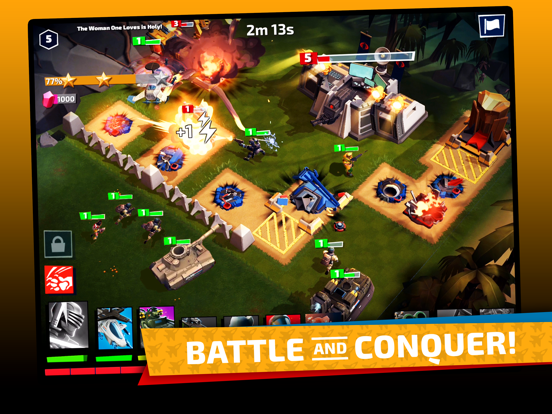 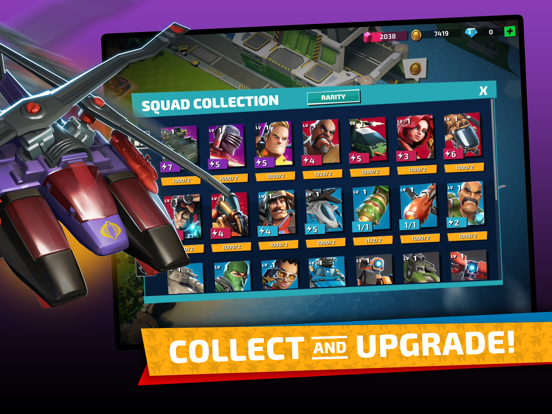 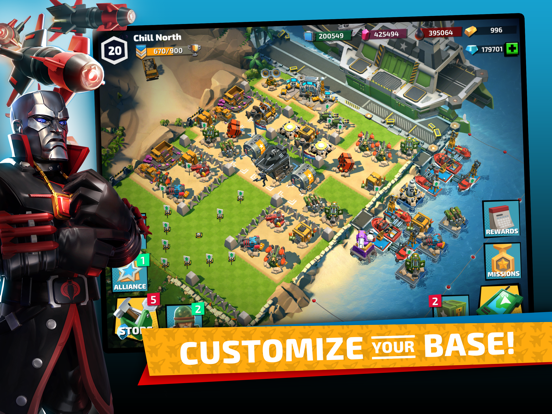 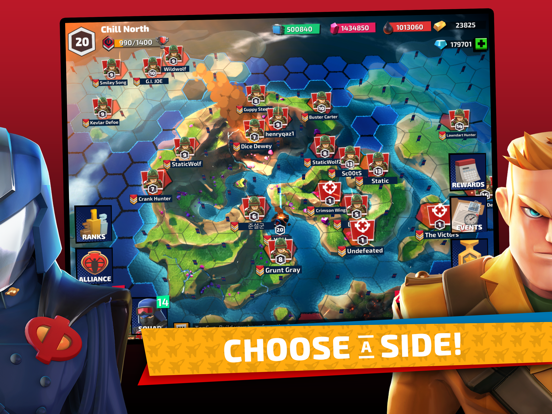 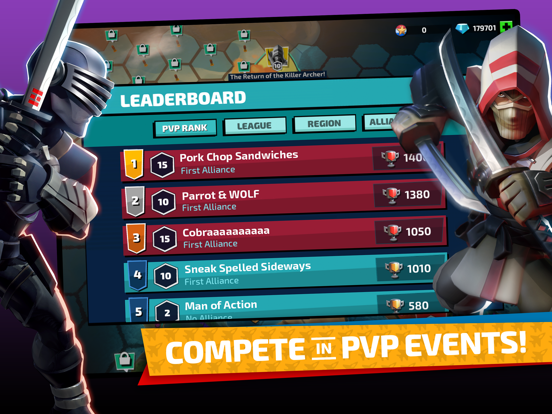 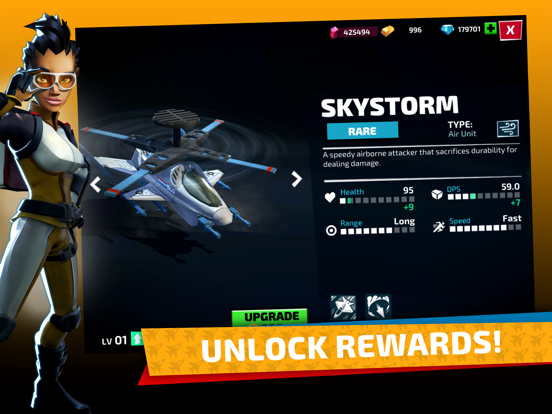 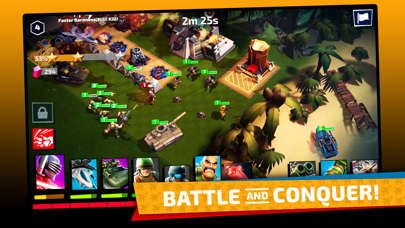 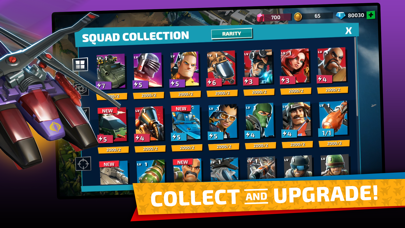 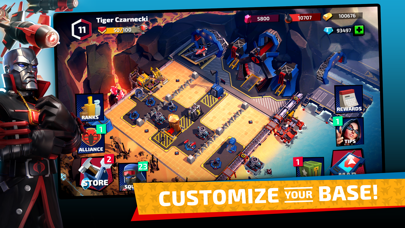 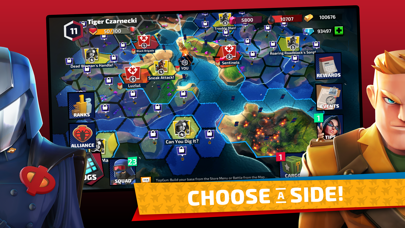 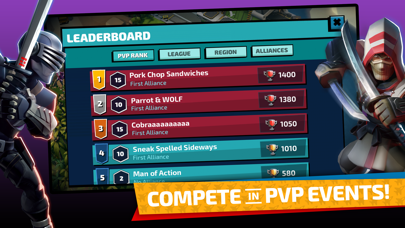 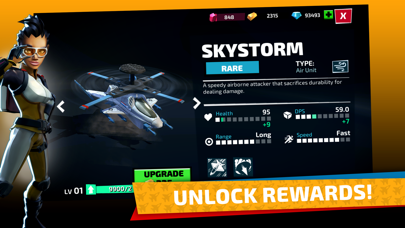 Review: BEST GAME EVER!!!!!! I was playing brawl stars and my friend told me to try it and it’s addictive. I’ve already...

Review: Some flaws. Don’t really understand why sometimes I get attacked and go back and watch the attack video and it looks...

Review: Hi joe Wish we could get more characters easier and quicker!!!!!

Review: Almost... Been playing this game for about a week now. I’m skipping the whole “ Pay to win “ crap since you...

Review: I was born in 1982 Should more like command and conquer but still live ,love joes and cobras no one remembers the days of hasbro...