Twistism is a simple yet captivating anagram game played against the clock, and involves two styles of play, classic and extreme.
At the start of each level you are given between six and nine letters to make words with. Points are awarded for word size, and sometimes extra time. Twistism classic is played on a level-by-level basis, where qualification to the next level is obtained by working out the six letter word (or the largest word in the game for different word lengths). The extreme game is played on a continuous basis, with the opportunity to swap letters when a target score is reached.

To gain inspiration when stuck, there is a twist button which mixes all the letters up.

For each puzzle length, there are three difficulty levels. Easy involves the 1500-most common words in the English dictionary. Medium involves the next 4500 most common. Difficult involves most of the words in the language - except proper nouns. Words which have too many anagrams have also been removed from play.

Need help? Use our Twistism Walkthrough page or sign up and make your contribution today.

Can continue to guess after time has expired. Can now listen to iPod if game sound is switched off. Words not guessed are easier to read. Letter tiles can be prevented from sliding around (for faster play).

Twistism is a word game developed by Paul Bentley, and is available for download on both iOS and Android devices. The app is compatible with iOS 2.2 or later on the following devices: iPhone 8, iPhone 7, iPhone 6, iPad 3, iPad Mini and iPod Touch 5G or newer. 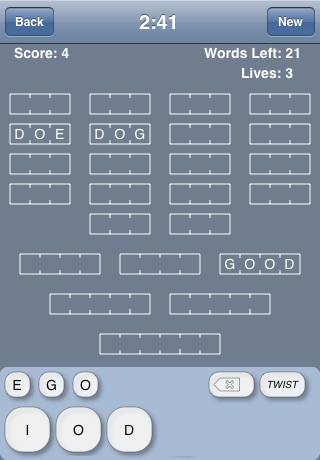 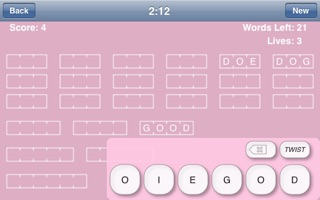 Review: OK, but the interface is lacking...... Although this is an OK program, I have several issues that keep me from playing this game regularly, compared to...

Review: Good The game is good overall. I was hooked on "Text Twist" on my Palm Treo and have been looking for... 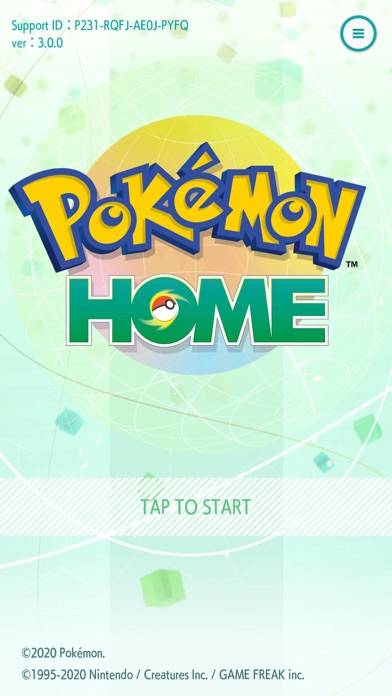