4 Races, 30+ Heroes, 6 Faiths
The game contains 4 races, 5 locations of each race. Even in different races.
heroes got their secret chains, collect as your own strategy mind.
Fill up gallery and enjoy the squad extra bonus, get these sweetie desserts during the adventure in Castle Glory: Dragon Kingdom

---Features---
●Conquer Resourceful Territories
※Resource buildings new gameplay, buildings will split out from 1 to more as the level rise.
※Dispatch troops to collect resources from a nearby secondary city and have them pick off a few demons along the way.
※Launch a feint at an enemy city, then circle back and meet up your guild army to capture a pass, burn out enemy territories for shortage resources.
※During the kingdom fight, smart guy will make it strategy, ask your teammate split 2-3 lines one for enemies’ territories and the others go for Temple and Shrine.

●Explore Endless Dungeons
※Dungeon contains multi-element mini games, Temple Puzzle, Tribe Raid, Monster Slay, Maze Adventure, you will never know what is going to happen.
※In addition to the Legion, you will also need courage and wisdom. It is your time to crush out these endless dungeons, the chosen one…

●Guild system
※Assist allies, feed guild dragon, and donate to upgrade guild territory.
※Strengthen the guild and get multiple buffs as long as world warfare begin, occupying the World Tree is our one and only goal, it is all about the strategy and cooperation.

●Real-time battle
※Battles are suddenly happening in real time on the map.
※True RTS gameplay allows everyone can join the battle anytime anywhere.
※Some badass attacked right in your backyard? Send some troops to reinforce your buddy, or launch a counter rally to attacker’s territory and punch him out.

●Market & benefits
※ Cargo Airship randomly visit your castle and bring you plenty of gifts.
※ Retrieve your lost rewards for up to 7days, now you don’t have to worry about take a nap.
※ SSR hero Dragon Knight, SR hero Succubus, free to get!

>BUILD up relationships and combat with tons of highly intelligent players all over the world
>ESTABLISH strategic guild and develop it from town to kingdom
>CUSTOMIZE your castle skins, faiths and riders with plenty of choices
>EXERT your wisdom to make best use of resources
>CONQUER the world and become the ruler of the kingdoms

Need help? Use our Castle Glory：Dragon Kingdom Walkthrough page or sign up and make your contribution today.

Castle Glory：Dragon Kingdom is a free-to-play, strategy and card game developed by Funboom, and is available for download on both iOS and Android devices. The app is compatible with iOS 8.0 or later on the following devices: iPhone 11 Pro, X, Xs, SE, iPhone 8, 7, 6, iPad Pro and iPad Mini.

Click the button or scan the QR code below to download the latest version of Castle Glory：Dragon Kingdom on iOS. 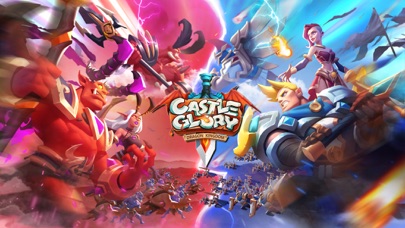 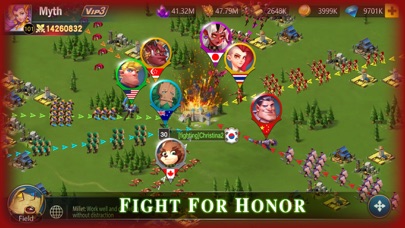 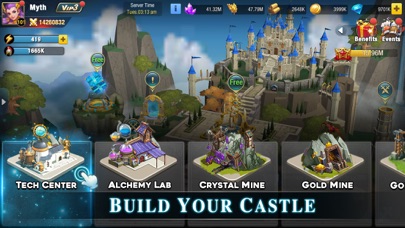 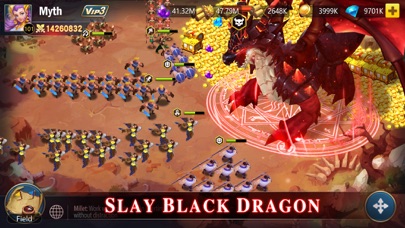