Play against your friends

Kryss is the new, highly addictive game that lets two players test each other's imagination and vocabulary.
The turn-based game is developed from the idea of transforming the traditional crossword solution - oldschool Scandinavian style - into a game where you compete against each other in the same crossword puzzle.

You receive five letters each turn, then strive to place the letters in the crossword within a minute. There are several ways of outscoring your opponent, including a significant bonuses for completing words, for getting key letters right or for using all your five letters within a round.

Then again: it might just pay off to keep one of the crucial letters for later use – when the stakes are higher.

Kryss has the element of randomly awarded letters in common with a classic game like Scrabble and other word games.

But Kryss is faster, and it offers a logic and gaming experience which makes it feel like no other passtime you ever engaged in. It is pure yoga for the brain, meditation for the mind, vocabulary training in a game, all the while being so easily accessible that it is loads of fun for both young and old.

And with the chat function you can keep in touch with your favorite aunt at the same time as teasing your best friend for being the slowest player in the known Universe. Come and play our Word Game. You will love it.

Features:
- Choose to play with friends or be matched up against random opponents
- Push notifications informing you of opponent's latest move
- Crosswords in English, German, Spanish, French, Dutch, Norwegian, Swedish and Danish
- Play in 20 simultaneous games!
- Chat with your opponents

Need help? Use our Kryss - The Battle of Words Walkthrough page or sign up and make your contribution today.

About Kryss - The Battle of Words

Kryss - The Battle of Words is a free-to-play, puzzle and word game developed by Crozzle IVS, and is available for download on both iOS and Android devices. The app is compatible with iOS 8.0 or later on the following devices: iPhone 11 Pro, X, Xs, SE, iPhone 8, 7, 6, iPad Pro and iPad Mini.

Kryss - The Battle of Words Screenshots 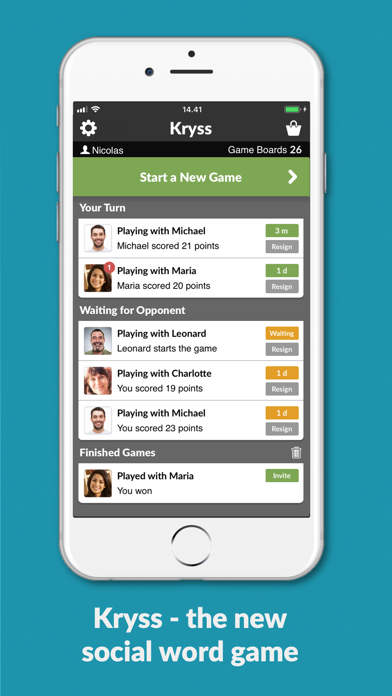 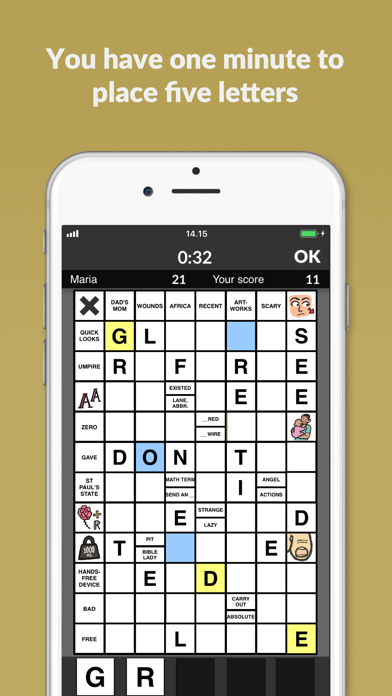 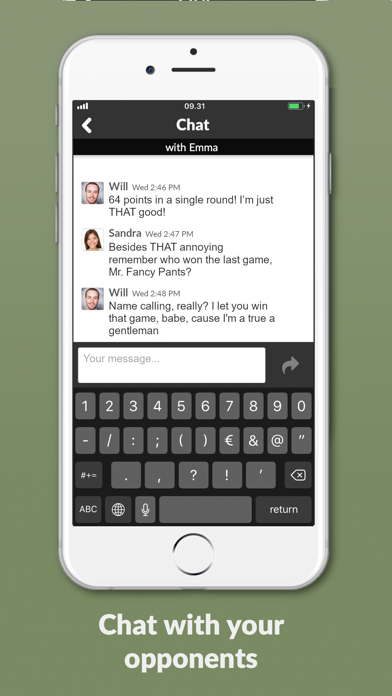 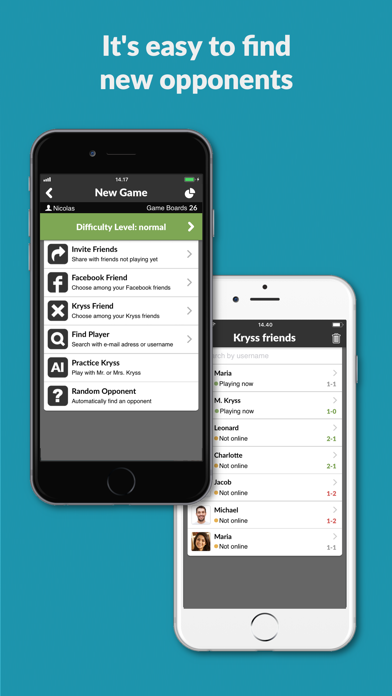 Review: 'Fun game to play......' 'I have been enjoying this game ever since my Cousin mentioned it! My only issue, if it is, is that...

Review: 'I paid for no ads but still get ads' 'I purchased a pack of boards just so I wouldn’t get an ad every time I played but I’...

Review: 'No rewards' 'Love the game would have gave 5 stars but I have sent out my username and had people join but I...

Review: 'Fun...until last update......' 'There are times when there is a miscellaneous letter in the puzzle that doesn’t belong and you can’t...

Kryss - The Battle of Words Add-Ons