Stick Legends: Fight League will be the next offline RPG game after the success of the previous Stick Ninja: Ultimate Legends. Fully getting the quintessence from the first chapter, the game returns with more stick ninja, ultimate skills, more intense combat and martial arts. The gameplay gets more challenging, allows you to discover the world of all ninja, to the road of a stickman shinobi!
Starting with 6 heroes, you will compete against deadly enemies from every dark corner of stick ninja's world! Defeat them, get rewards and unlock more elite ninja. They unleash more attack and defence power, gives you more chance to win in longing head-to-head fighting. They are also very strong when your in-game skill has been enhanced to a new level!


You can enjoy as much stickman martial arts as you want during the Story Mode.

FIGHTING AGAINST DEADLY ENEMIES
Get to the Versus Mode to challenge against enemies and get more rewards. Fight more intense, get more rewards! You can unlock many heroes from this mode, so don't forget to bring your stick ninja to this ring and dominant them all!
There are 36 stick ninja and heroes in total. It will be a long fight, prepare yourself!

SURVIVAL NEVER GETS HARDER
As long as you enjoy the game, why not get to Survival Mode and check if your skill can control the stickman ninja world? Don't worry, you have powerful heroes to fight along you, your hands can get tired, but the mastermind of winning never stops!

GLORIOUS WAR!
Tournament is alway open for hardcore players, who would like to earn trophy and rewards! After spending hours and hours in the training room, it's time to show the stick ninja world who you are, and where you come from!

In this feature, the fight will be longer, but some deadly moment may be executed due to the 'X2 Damage' period! Be careful, because you and your powerful ninja can be defeated in a blink of an eye!

Need help? Use our Stick Ninja 2: Fight Walkthrough page or sign up and make your contribution today.

Stick Ninja 2: Fight is a free-to-play action game developed by FUNNII PTE. LTD, and is available for download on both iOS and Android devices. The app is compatible with iOS 9.0 or later on the following devices: iPhone 11 Pro, X, Xs, SE, iPhone 8, 7, 6, iPad Pro and iPad Mini. 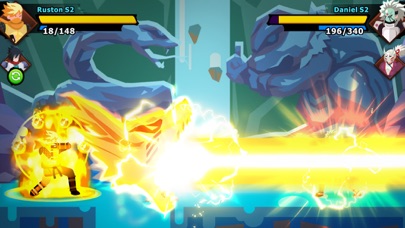 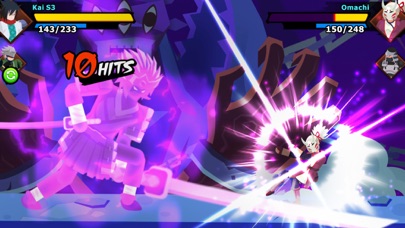 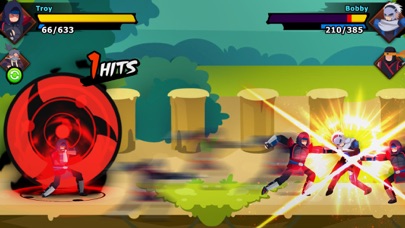 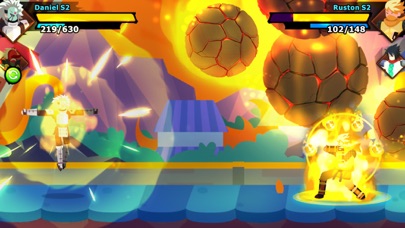 Review: 'Bro can you update the game.' 'This has better graphics and is really nice but the characters are so limited. If your taking this long I...

Review: 'AWESOME GAME' 'I like this game it’s one of my favorites.Good job on the game'

Review: 'Great Fluid Game' 'I downloaded this game because of the ad, and i gotta say, im impressed'

Review: 'When will you update?.' 'I love this game it’s fun and all but I’ve already beat the game so I was just...