The acclaimed console arcade game created by Locomalito finally arrives to iOS in the most portable and better looking version ever!

► 9 / 10 - Nintendo Life - Cursed Castilla is a punishing but ultimately rewarding love letter to the classic action platformers of the coin-op industry's golden years.

► 8 / 10 - Brash Games - The game is old school through and through, and makes no apologies for providing an experience on par with the classic Capcom platformers of yesteryear.


The tears of a young witch have been turned into a key by a demon to open a gateway to hell.

In Cursed Castilla, one takes the role of Don Ramiro, a knight appointed by King Alphonse VI, to fight and banish the evil invading the lands of Tolomera.

Don Ramiro will face mouras, Ojáncanos, Nuberus and Malismos: creatures from the European folklore, as well as from chivalric romances such as Amadís de Gaula. For that, one will use a different range of weapons to defeat the enemies, in a pure classic arcade action style.

● Compatible with MFi controllers.
● Haptic vibration.
● iCloud support.
● Game Center achievements and leaderboards.
● Play in landscape or portrait orientation.
● Explore Tolomera del Rey in depth through 8 game stages.
● Fight against more than 48 types of enemies and 19 final bosses.
● Depending on the mission success, meet 1 of the 4 different possible endings.
● Know all the myths featured in the game with the illustrated bestiary.
● Brag about your combat skills with 15 unlockable achievements.
● Yell your battle cry with the songs of the original soundtrack.

Need help? Use our Cursed Castilla Walkthrough page or sign up and make your contribution today.

Cursed Castilla is an action game developed by Abylight S.L, and is available for download on both iOS and Android devices. The app is compatible with iOS 13.0 or later on the following devices: iPhone 11 Pro, X, Xs, SE, iPhone 8, 7, 6, iPad Pro and iPad Mini. 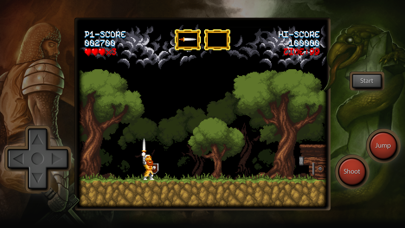 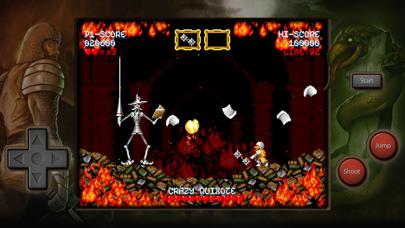 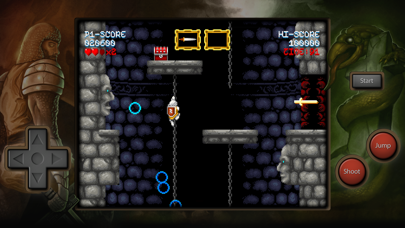 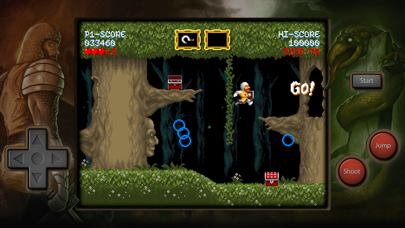 Review: 'With MFI controls, its perfect' 'Ghouls n Ghosts is one of my favorite games of all time.....you know what? This is a lot better....

Review: 'Fantastic port of my favorite indie game!' 'I was overjoyed when I found this in the App Store. I built a small arcade cabinet just for the...

Review: 'Controls' 'Please fix the controls on this game. It has a lot of potential?'

Review: 'Controls' 'Please fix the controls on this game. It has a lot of potential?'