A puzzle with boxes

Push the boxes into the correct place and find the solution to more than 70 challenges in scenarios full of interactive objects like tornadoes, portals, one-way passages, locks and keys, blocks and barriers that make the puzzles even more challenging.Box Box is a puzzle solving game, inspired by the classics Sokoban and Box World, with stages made up of different mechanics and interactions between objects that will push your brain to the limit to solve problems while having fun and exercising your reasoning logical.

The game mechanics go far beyond pushing boxes, requiring interaction with the scenario to remove barriers, open a path and discover new ways to reach the desired location, even if there is no obvious way, creating surprising dynamics and increasingly difficult stages . The game has a progression of difficulty that over time requires more and more reasoning skills, logic and puzzle solving skills.

Interactions available in the scenario:
1. Boxes
● Should be pushed to the indicated location.
● You can only push one box at a time.

2. Tornado
● It pulls objects on top of itself and can be used to move boxes in a direction that was previously not possible.

3. One way passage
● Allows the player and other objects to be moved only in the direction indicated by the arrow.
● One-way pass has a variant that changes the allowable direction of movement whenever the player passes through it.

4. Lock/padlock
● Prevents the passage of the player and any other object in the scene until it is unlocked using the key.

5. Key
● Allows you to unlock the lock/padlock, opening the way to other parts of the scene.
● As with the Box, the key must be skillfully pushed to the desired location.

6. Hole
● The holes act as barriers in the scenario that prevent the player from passing until they are covered by another object.
● Attention! If you push a box into a hole, you can no longer retrieve it.

7. Blocks
● Blocks have a very box-like behavior and can be used by the player to help solve puzzles.
● Blocks are useful to cover other objects in the scene such as tornadoes and holes, thus facilitating the movement of the player and boxes.

8. Portal
● The portal is a magical object capable of teleporting the player and other objects from one position to another.
● Portals are always connected, so there is always a round-trip through them.
● Portals are essential for solving puzzles where there is no direct path in the scene, but the solution is possible by teleporting to another location.


As a player, your objective is to solve all the puzzles and push the boxes to the marked locations, gradually advancing to the most difficult stages.
Ready to have fun, exercise your brain and solve puzzles? So let's play!


If you love solving puzzles, this game is definitely for you!

Need help? Use our Box Box Walkthrough page or sign up and make your contribution today.

Box Box - Puzzle is a free-to-play puzzle game developed by Felipe Goulart, and is available for download on both iOS and Android devices. The app is compatible with iOS 11.0 or later on the following devices: iPhone 11 Pro, X, Xs, SE, iPhone 8, 7, 6, iPad Pro and iPad Mini.

Click the button or scan the QR code below to download the latest version of Box Box on iOS. 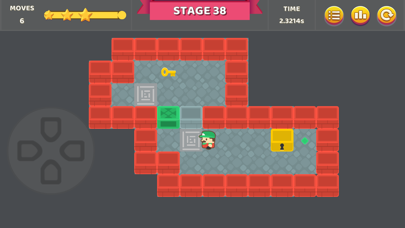 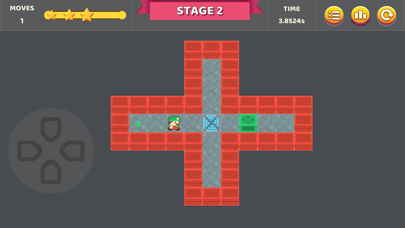 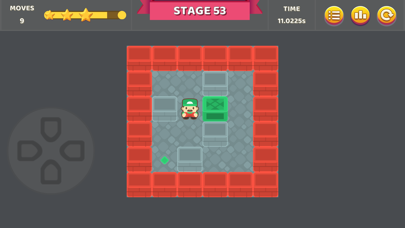 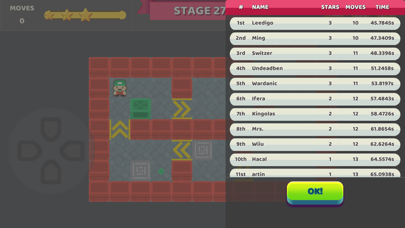