Combat Actions: VIETNAM is a unique abstracted combat game that puts the player in command of a US Infantry Squad / Platoon during the Vietnam War. It covers some of the prevalent ground combat conditions and 'Fire Fights' that occurred between the United States and North Vietnamese / VietCong forces.
The game's Skirmish level scale is as personal as it gets-- 'Man to Man' which coupled with its 3D graphics, immersive sound, and special effects, brings an immediacy and sense of danger to every mission.

With any given action, enemy reaction at times may seem immediate and concurrent...

Though the game is turn based, its command activation system can at times make it seem as though one is playing more of a real time strategy game, more realistically reflecting the conditions and confusion of jungle warfare during the Vietnam era.

- Scenario Based Mission Types: Search and Destroy, Blocking Force, Evade and Escape, US and NVA Static Defenses, DarkHorse Bravo Down, and MAC-V-SOG Recondo

Need help? Use our Combat Actions: Vietnam Walkthrough page or sign up and make your contribution today.

Combat Actions: Vietnam is a board game developed by digital Gameworks LLC, and is available for download on both iOS and Android devices. The app is compatible with iOS 11.0 or later on the following devices: iPhone 11 Pro, X, Xs, SE, iPhone 8, 7, 6, iPad Pro and iPad Mini. 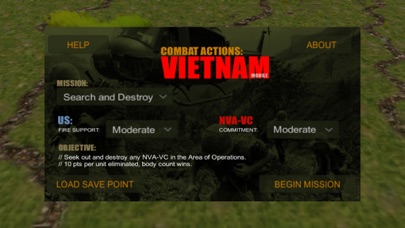 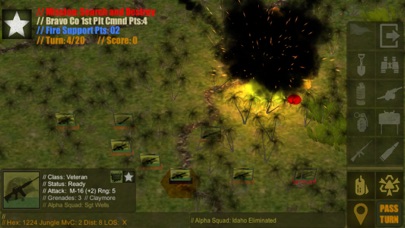 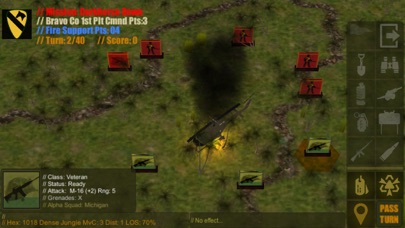 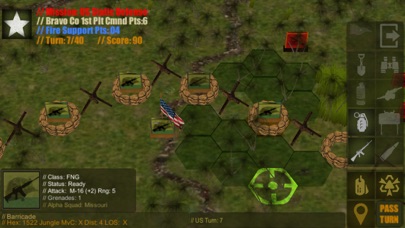 Review: 'Lots of fun needs some tweaking' 'This game is a lot of fun but still has some issues. It would be good to have more clear...