The finale of the adventure game about Odysseus Kosmos is finally here! In Episode 5, you'll unravel every secret and mystery. Meet the crew, get to know each crew member, and become one of them. Learn everything about Barton's involvement with the mysterious fate of the San Francisco and play as the incredible Ada.
Enjoy new locations, play minigames, and explore the large San Francisco spaceship! Discover the mysterious past of the spaceship. Oh, right... don't forget to earn all 12 achievements and reach the right alternative ending to learn even more!

Odysseus Kosmos and his Robot Quest is a traditional 2D point’n'click game with retro-pixel style graphics. You are the ship engineer Odysseus Kosmos; you and your service robot Barton Quest are stuck in deep space near a black hole, all by yourselves.

Your shipmates are down on the surface of a planet where time moves far, far slower and you, along with your robot, have been waiting for years for them to return to your orbital station. You had gotten used to your comfortable boredom, until the ship started acting funny: it looks like the mysterious black hole has affected your ship in strange and unexpected ways, cutting off your communications and threatening to de-orbit the stations, hurling you into the isolation of deep space... unless you do something to stop it!

Odysseus Kosmos is a family friendly, hand-animated, puzzle-filled point'n'click adventure game with stylized visuals and a brilliant soundtrack that will make you laugh as you solve mind-bending puzzles.

Get ready to meet new characters and reveal all the secrets of the San Francisco spacecraft!

Odysseus Kosmos - Episode 5 is an adventure game developed by HeroCraft, and is available for download on both iOS and Android devices. The app is compatible with iOS 8.0 or later on the following devices: iPhone 11 Pro, X, Xs, SE, iPhone 8, 7, 6, iPad Pro and iPad Mini. 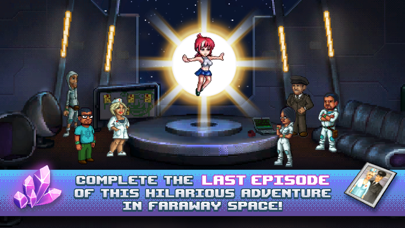 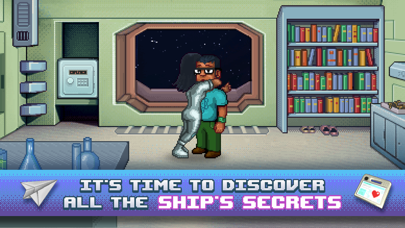 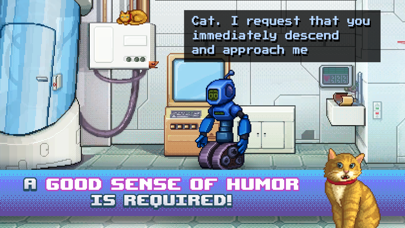 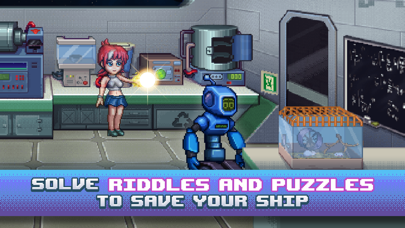 Review: 'Love' 'I love this game and all the episodes! Please make more!'

Review: Disappointing ending Having played all five episodes, I personally was disappointed with episode 5's ending. --SPOILER WARNING!!!-- If you have not...