NOTICE: This is an online game that requires network connection
Jump into the classic Arcade mode, and ignite your fighting passion like never before

By 2050, scientific advancement allowed humanity to fuse the powerful P-Core – The Primal Core of Ancient Champions – with the human body; a fatal experiment giving birth to a new Hybrid super-class. The powerful Hybrids revolted against the human majority, resulting in chaos around the world. Now humanity is faced with a new era of global terrorism. Luckily, we have YOU to lead the Soul Fighters – a squad formed by human elites. With valor and power, Soul Fighters have been fighting against Hybrids to save the world, and uncover the truth behind the Hybrid conspiracy along the way…

• Classic Arcade Gameplay
Relive the nostalgia of classic arcade fighters in the palm of your hand; no longer restrained to the TV set! Square off against opponents on the move, and perform finger gymnastics to pull off epic moves and combos!

• Stunning Console-level Graphics
Immerse yourself in a surreal world and exceed the limits of your imagination. With cinematic detail and thrilling audio-visual effects – Step into a rich and detailed world, and see if you have what it takes to survive in the ultimate fighting arena.

• Real-Time, Fair and Square
No more delays and no unfair advantage! Challenge your rivals to a real-time 1-on-1 punch-up, or team up with your friends in 3V3 mode – Your skill makes all the difference in the arena!

• Assemble a Mighty Roster of Champions
Futuristic Soldiers, Yo-yo Girls, Sports Stars, Cyborg Warriors and Rappers…Pick and choose from a diverse world of Champions to express your creativity, and assemble a fierce roster like no-one else.

Need help? Use our Final Fighter 3D Walkthrough page or sign up and make your contribution today.

1. A new Sentinel Champ: Gabriel. 2. A new Awakening Champ: Violet 3. Molotovski outfit will be the July exclusive at Battlefield.

Final Fighter 3D is a free-to-play, action and card game developed by Chengdu Yuxiang Technology Co. ,ltd, and is available for download on both iOS and Android devices. The app is compatible with iOS 8.0 or later on the following devices: iPhone 11 Pro, X, Xs, SE, iPhone 8, 7, 6, iPad Pro and iPad Mini.

Click the button or scan the QR code below to download the latest version of Final Fighter 3D on iOS. 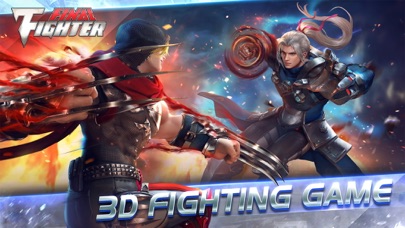 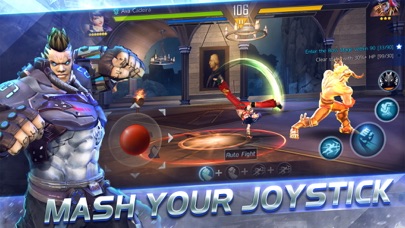 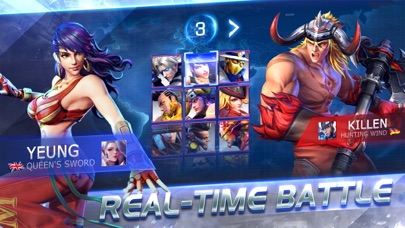 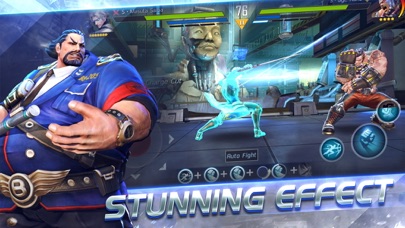 Review: Major glitch and I deleted it and download it agai So I just started the game and I was trying to get to the cloning pad and I would just...

Review: Loading problem The game stays on the loading screen and won’t go on to let me play after I play the...

Review: I’ve wasted so much money on this It’s upsetting that the game turned out like this. It’s literally unplayable now. If you’re not going...