Play a family in Ancient Rome

Citizen of Rome - Dynasty Ascendant is a family/Dynasty life sim set in the Roman Republic.
You get to see how life was in the Ancient Republic, participate in their various customs, festivals and Ludi / sporting competitions, while raising a family and moving up in the social and economic hierarchy in the Republic.

You can educate your children, marry them off, sponsor their elections and much more. You'll usually play as the eldest of your sons once your character dies.

The game is open-ended without a set endgame just like in real life, but a grand goal for any ambitious Roman family was to land a Consulship of the republic. This could be your goal in the game as well, climbing the Cursus Honorum and becoming a "New Man" - "Novus Homo"

WARNING: The game just like fate will beat you down from time to time and you might find all that you worked for being taken away from you in an instant, but the way things are set up you'll almost certainly end up growing wealthy and reach the Senatorial class at some point despite various setbacks. There is no game-over and life goes on no matter what

A core philosophy of the game is that just like in real life, there's no winning or losing, just experiencing life and having fun at it no matter where it takes you. The game should be fun in its own way at every level, no matter if you're a prole or a senator, but with things just playing differently and with different goals and challenges

Need help? Use our Citizen of Rome Walkthrough page or sign up and make your contribution today.

Release v1.3.5 + UI and quality of life improvements including + "Buy all available properties" button when you have enough money + Pause/Resume button and property and cash info in event screens + Tappable character names with info on event screens + And much more + New event chains + Multiple bugfixes

About Citizen of Rome

Citizen of Rome is a simulation game developed by Sathvik Ponangi, and is available for download on both iOS and Android devices. The app is compatible with iOS 11.0 or later on the following devices: iPhone 11 Pro, X, Xs, SE, iPhone 8, 7, 6, iPad Pro and iPad Mini. 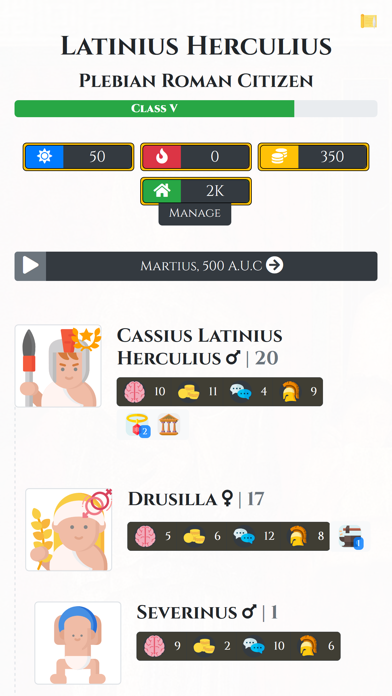 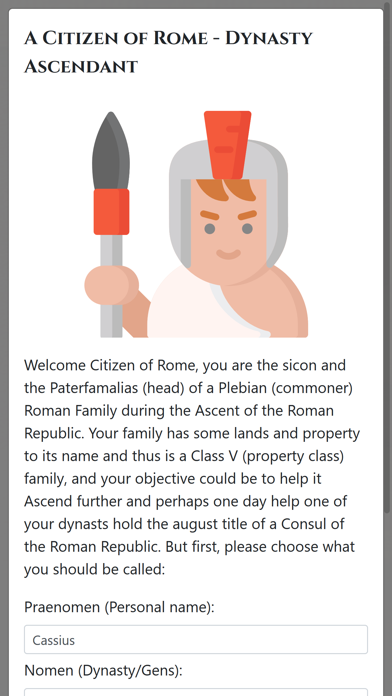 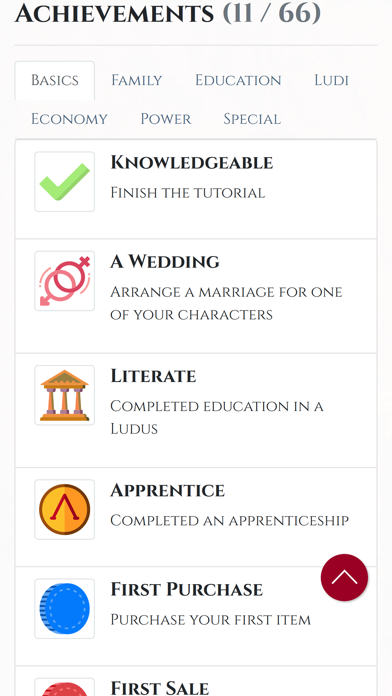 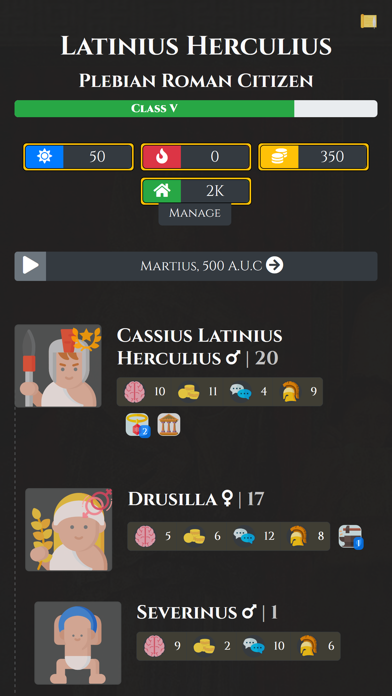 Review: 'Missing One Thing' 'The game is incredible

Review: 'Missing One Thing' 'The game is incredible

Review: 'Missing One Thing' 'The game is incredible—all around perfect for its many activities, play styles, as well as outcomes. \nThough it is...

Review: 'Such a great game!' 'This game is fun and educational! I spent hours upon hours playing it so far.'

Review: Enjoyable game, poor menus I’ve enjoyed the game overall, but the menus are extremely frustrating. I wanted to quit my job as a...