On your marks, set, go!SMC players from all over the world have descended upon a futuristic city to battle with marvelous Mecha!
Unleash your Mecha and fight for the crown you deserve!

Exchange Fire! Incredible Mecha Brawls!
Select from an all-star lineup of Mecha and join the fierce clash with your skills.
Pilot your personal Mecha, quickly returns to battle, impose your superior resolve and abilities!

Crazy Firefights! Thrilling Combat & Cool Weapons!
An explosive combo of man and Mecha! It's more than high-tech in this arena, but how you strategize and adapt!
Plasma cannons, homing missiles, snipers, flamethrowers... Get a load of the ultra-cool weapons at your disposal!
Man vs. man, Mecha vs. Mecha... All new exciting combat experience!

Amazing Graphics! Manga-Style Cities!
Pilot Mecha through every corner and between the highrises of a contemporary ACG Japanese-style cityscape. From a pretty lass with double pony tails to a suave, winsome man, there's a parade of characters waiting for you to discover and unlock.
This is the dream arena where you're the star!

Need help? Use our Super Mecha Champions Walkthrough page or sign up and make your contribution today.

The all-new Season—Westward Zone is here! Firestar Cleaver, R.E.D Bonfire Tribe, and many other Battle Pass rewards are waiting for you! An all-new Mecha—Flamingo has arrived! With its twin blades, justice will sweep across the land in no time! Cold Naraka Premium Prize Pool has returned! SS-level "Lord of Icy Abyss" for Hotsteel, S-level "Blue Rose" for Joanna, and other appearances are back for a limited time! An all-new Bounty Hunter mode is now available in Battle Royale! Players can become a Bounty Hunter by picking up in-game items or defeat the exposed Fugitive within the given time for special airdrop rewards! An all-new weapon—Marksman Rifle is now available! It's a highly-effective burst rifle against mid-range targets which can be found in Battle Royale and other casual modes! Numerous festival-related events and perks are coming your way! Numerous balance adjustments and system optimizations.

Super Mecha Champions is a free-to-play action game developed by NetEase Games, and is available for download on both iOS and Android devices. The app is compatible with iOS 10.0 or later on the following devices: iPhone 11 Pro, X, Xs, SE, iPhone 8, 7, 6, iPad Pro and iPad Mini.

Click the button or scan the QR code below to download the latest version of Super Mecha Champions on iOS. 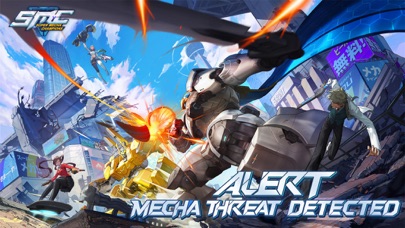 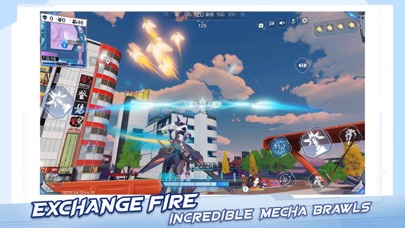 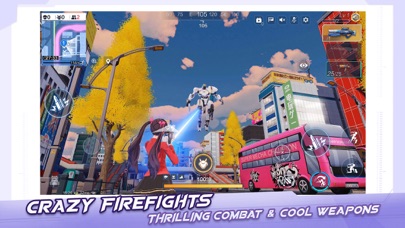 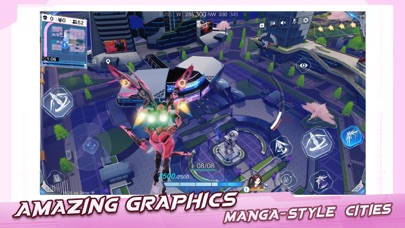 Review: Please add backbone THIS APP IS AWESOME +SS but I would like something it help it even better is for it to collaborate...