Challenge friends and Stick Fight fans from around the world. Control the Stick figure to run, jump, and fight. Face off against each other in 4- stick fight free-for-alls! After 9 matches, rank the top of 4. Now with an armory of humorous weapons and 100+ maps!

Relive the classic Stick figure cartoons with action-packed free-for-all duels!
"
KEY FEATURES:
- The official Stick Fight game on mobile!
- Hilarious battles with up to 3 friends!
- 100 amusing maps, dozens of funny weapons, like guns shooting snakes out, or bomb which blows yourself up, and unlimited ways to die!
- Make your own maps with the built-in level editor: the sky is the limit!
- Customize your stick figures with the brand-new avatar store and color system!
- Brawl online with players from around the world! Download the game and win the glory for your country.

Need help? Use our Stick Fight: The Game Mobile Walkthrough page or sign up and make your contribution today.

About Stick Fight: The Game Mobile

Stick Fight: The Game Mobile is a free-to-play, adventure and action game developed by NetEase Games, and is available for download on both iOS and Android devices. The app is compatible with iOS 9.0 or later on the following devices: iPhone 11 Pro, X, Xs, SE, iPhone 8, 7, 6, iPad Pro and iPad Mini.

Click the button or scan the QR code below to download the latest version of Stick Fight: The Game Mobile on iOS. 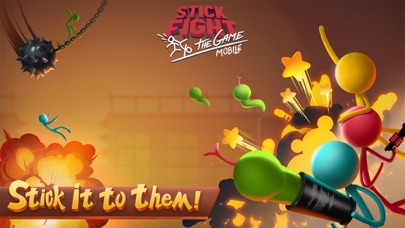 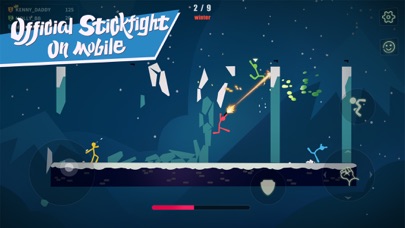 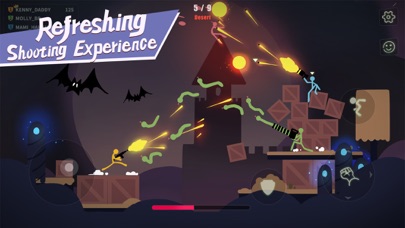 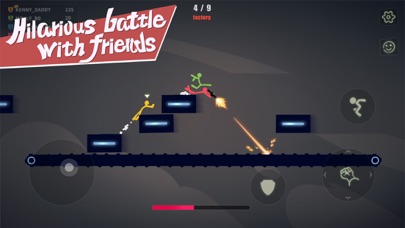 Review: Kinda needs more stuff but ok I like this game but I need there to be a save profile

Review: Great game but why do people one shot sometimes could you please fix the bug or glitch its still a really good game

Review: Perfect game Its really smooth and fun to play when I’m bored! I don’t have a computer to play it...