Welcome to Next in Time! The object is to ascend the list presidents in order of their terms. For example, suppose you're initially presented with 'President Ronald Reagan' who was inaugurated in 1981. Now you're given the option to select from three other presidents int the buttons below - Truman, Nixon and George H. W. Bush. You would select 'President George H. W. Bush' since his term followed Reagan's. President George H. W. Bush would replace President Reagan and the slider would advance from 1981 to 1989. The object is to keep selecting later presidents until you reach the end of the given time range - indicated on the slider. Beware that you are under a one minute time limitation. Also, if you choose a president with an earlier term, the slider will move backwards, i.e. away from completing the date range.

Need help? Use our PrezTrendr Walkthrough page or sign up and make your contribution today.

Small bugs and some imagery.

PrezTrendr is a free-to-play trivia game developed by Cohesive Design LLC, and is available for download on both iOS and Android devices. The app is compatible with iOS 11.3 or later on the following devices: iPhone 11 Pro, X, Xs, SE, iPhone 8, 7, 6, iPad Pro and iPad Mini. 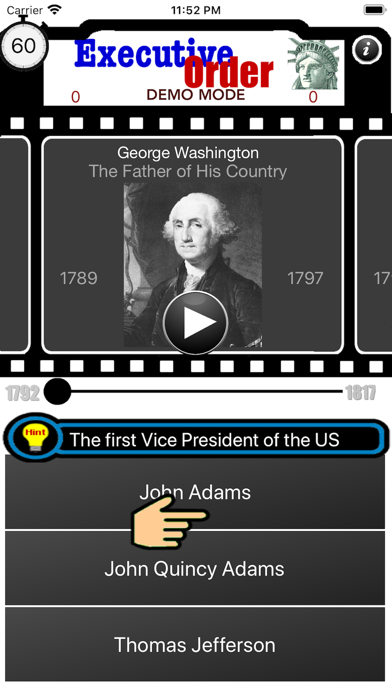 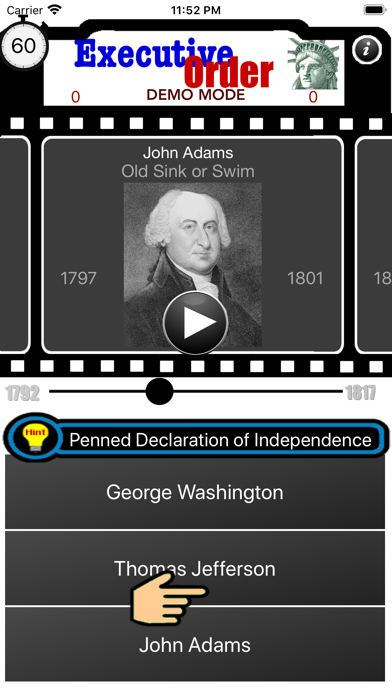 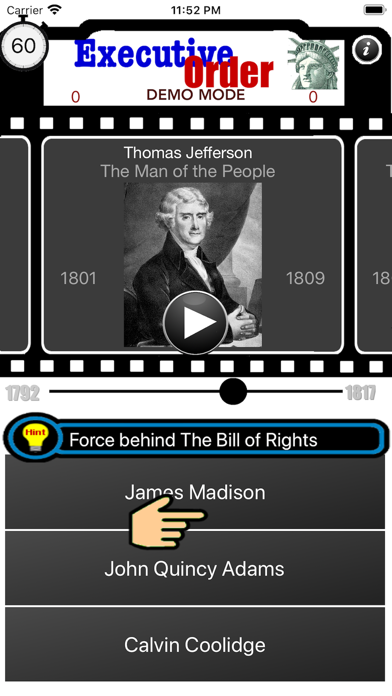 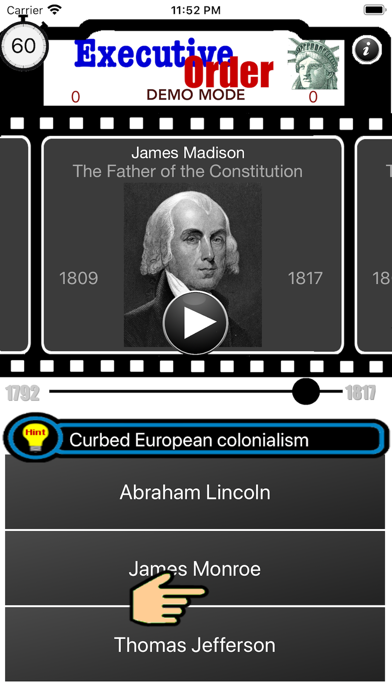 Review: 'Educator' 'Great way for students to learn in a fun and interactive way. 10/10 would recommend!'

Review: 'World Lit Prof' 'Excellent way to learn and review presidential history! Great for all students of history, from 9 to 99!'