Paintball Shooting Games PRO is a real battle simulator that will give you the extreme paintball gun shooting experience. Whether you're a paintball shooting player or a survivor shooter games lover, this game is for you. Your ultimate mission is to win the shooting competition. Load pellet guns quickly into the battle and fight your rivals to control the battlefield and gain the most points. You should smash all your opponents, finish the impossible mission. Now enjoy the action sports 3d game dedicated for paintball shooting lovers & recommended by world sports brands and paintball legendry stars. This paintball shooting game is an addictive free battlefield combat sports game. It has an amazing surrounding arena and easy to use gameplay controls. With innovative motion and gesture-based controls including sliding, diving, leaning from cover and more, paintball-shooting fields will take you into the real world shooting experience.

Paintball Shooting Games PRO is a top fps action game, spot your rivals and shoot them down. It has health & energy level that will indicate if you are in the danger zone, ammunition or there is an enemy in your way. Start a campaign & fight that will allow you to unlock new fighting arena on maps, real paintball layouts, guns signs, fields, gold and sports gear. Paintball fight is a real-time 3d single player game where players defeat with paintball guns in each game, there is a reward somewhere in the field, the first player to win the game or the one to eliminate the opponent with continuous shooting. The limited paintball ammunition will have to save & refill in the field. It is a free fun shooting adventure game with rag doll effect.


You can choose from your favourite guns. The game has the following gun types:

Download now and start playing as paintball shooting combat commando, you require incredible courage to win with the furious challenger.

Need help? Use our Paintball Shooting Games 3D Walkthrough page or sign up and make your contribution today.

Paintball Shooting Games 3D is a free-to-play sports game developed by Mini Sports, and is available for download on both iOS and Android devices. The app is compatible with iOS 11.0 or later on the following devices: iPhone 11 Pro, X, Xs, SE, iPhone 8, 7, 6, iPad Pro and iPad Mini. 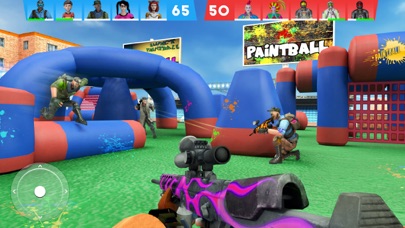 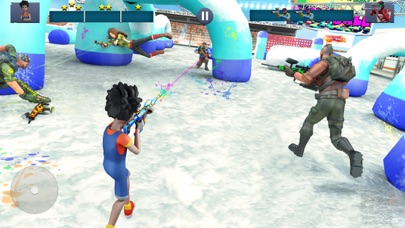 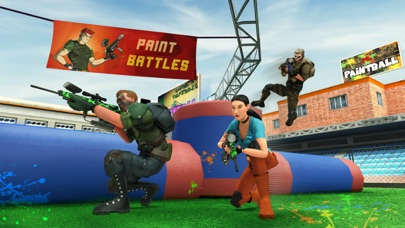 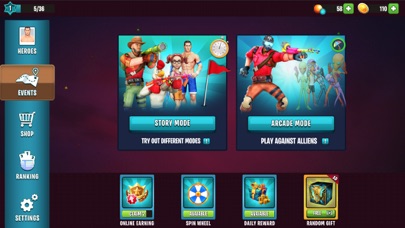 Review: Pog This is pog. It just needs a jump option.

Review: Paintball shooting I give it a 4/5 because I can’t zoom in like a sniper but it is pretty 🔥 though so download...

Review: The best game ever Like I LOVE this game!!!!!! That’s all

Review: ❤️ This is a amazing game it’s got me addicted except for I don’t want to stop

Review: Good bat needs some work I would like to have a mode where you can play with people online around the world and get rid...