Become a spaceship pilot and defend orbit. Orbital Invaders is a Sci-Fi arcade action game where the skill to react the situation and predict attack of enemies determine the outcome of battles. Shoot them all.Unique enemies, asteroid, spaceships, mines, missiles, space worms and bosses.

In this Shoot 'em up game you will fly around different planets, defend orbit, destroy asteroids, spaceships, bosses and other enemies. Winning for someone who won 't miss a single goal. Upgrade weapons, use bombs and booster in critical situations.

Save the planet! Save the orbit! Fantastic and amazing spaceship simulator.
New shoot 'em up game!

The control is tied to two sticks (virtual gamepad): one controlling the movement of the spaceship, the other changing the direction of fire. There are three lives in reserve, weapons like laser or plasma, three atomic bombs and acceleration for emergency cases. Collect points and get extra life.

There are multiple worlds to unlock, option to switch between a laser and plasma gun, using bombs and escape with high speed power up when needed. The gameplay feels right. It's natural and quite satisfying. Definitely a good choice for short sessions. Easy to pick up and play.

Need help? Use our Orbital Invaders Walkthrough page or sign up and make your contribution today.

Orbital Invaders is an action game developed by Alexandr Lobanov, and is available for download on both iOS and Android devices. The app is compatible with iOS 11.0 or later on the following devices: iPhone 11 Pro, X, Xs, SE, iPhone 8, 7, 6, iPad Pro and iPad Mini. 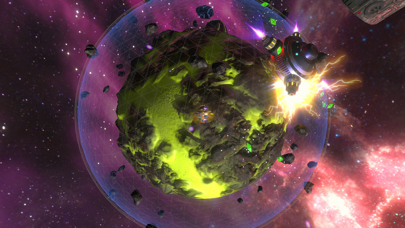 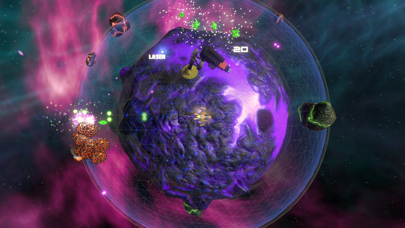 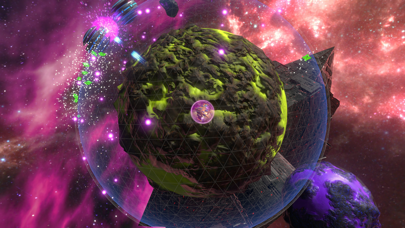 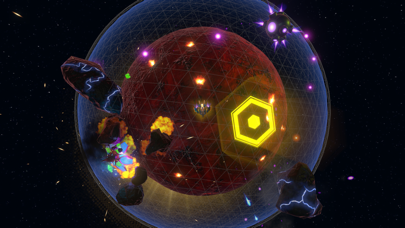 Review: I like the game Took a while but it’s actually a cool game just maybe more booms upgrade personal jet weapons. I think...