From the minds behind some of the highest-rated sports titles in gaming, Puzzle Hockey blends casual match 3 gameplay, team manager tactics, and touch-based sports mini-games for an addictive combo of RPG strategy, skill, and speed!With over 160 official top NHL players for you to draft, whether you’re a sports fan, a puzzle fan, or both - there’s never been a better way to win the Champions Cup on the go!

► MATCH 3 GAMEPLAY WITH A HOCKEY TWIST
The goal of the game is to swipe and match 3 hockey icons. Each match attacks your opponents with puck breakaways, free shots on goal, and more. Score combos on the game board to jump seamlessly between puzzle action and addictive ice hockey mini-games that let you take control of every play in the arena.

► DRAFT A DREAM TEAM OF REAL NHL PLAYERS
With official sponsorship from the NHLPA, Puzzle Hockey lets you be manager of your own franchise. Collect players from a general card roster of over 160 of the NHL’s biggest forward, defender and center players. Strategic RPG mechanics let you collect and level-up champions like Sidney Crosby, Alex Ovechkin, Connor McDavid, Auston Matthews, Carey Price, and Patrick Kane, and build the perfect squad.

► AUTHENTIC HOCKEY MINI-GAMES
Jump free from the game board and into the arena with a series of casual touch-based sports mini-games that will put your hockey skills and timing to the test. Feel the rush of real hockey moments as you time the perfect pass, swipe to swing your stick and shoot, or take control of goalie to make a monster save!

►ENHANCED PVP MODE
Take turns playing against your opponent on the same match-3 board! Skill and cunning will be required to achieve victory! Every move you make may also create opportunities for your adversary, just like in a real hockey match. Outsmart and outskate the competition to win trophies and climb the PVP Season leaderboard!

► CREATE CHEMISTRY, CLIMB THE RANKS
You’re in the big league now, and you’ll need your A-game if you want to shoot for the goal and score a place in Puzzle Hockey history. Become the manager for your franchise, draft official NHL players to your squad, set free the power of your cards, and unleash power-ups at the right time to ice the opposition.

This app allows you to purchase virtual items within the app and may contain third-party advertisements that may redirect you to a third-party site.

Need help? Use our Puzzle Hockey Walkthrough page or sign up and make your contribution today.

Puzzle Hockey is a free-to-play, puzzle and sports game developed by WHAT (games), and is available for download on both iOS and Android devices. The app is compatible with iOS 10.3 or later on the following devices: iPhone 11 Pro, X, Xs, SE, iPhone 8, 7, 6, iPad Pro and iPad Mini. 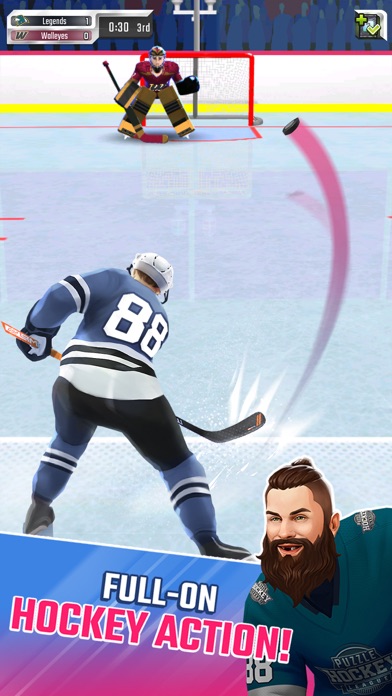 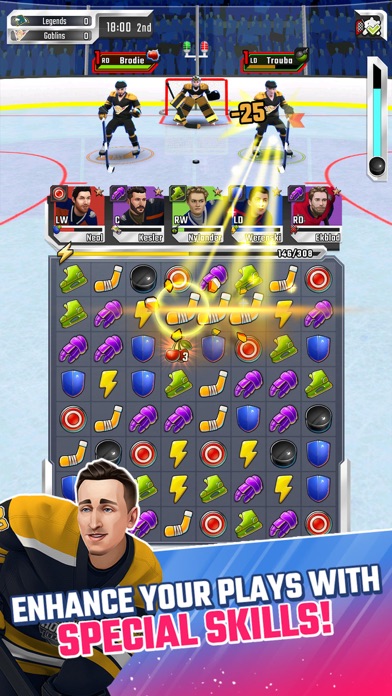 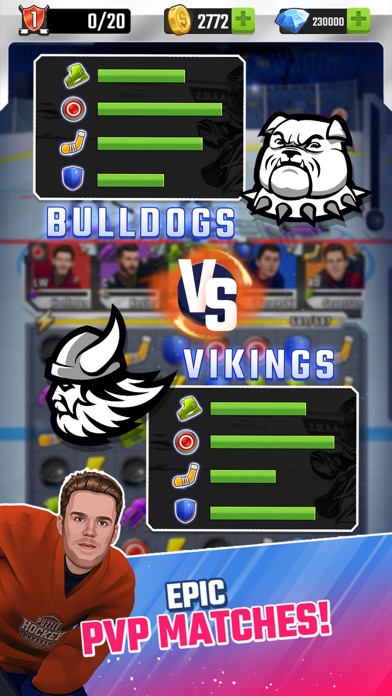 Review: Terrific Puzzle Game for Hockey Fans, and More This isn’t your typical “match 3” game with a lazy skin on it. The developers have mixed matching with a...

Review: Fun game but, The idea is to not leave your opponent something good ( so they can’t shoot) but if you leave them...

By Another nickname that is taken

Review: So close to being great. I love this game and I play everyday. But there are a few tweaks that annoy me enough TJ close...

Review: Great start This is a solid start, needs some adjustments. Campaign mode needs to be switched to a GM mode ala NHL 20/...

Review: 'Great Match Game with Extra Mechanics' 'I’ll start with the most important thing - this is designed as a play to win game, but thank...

More Apps by WHAT (games)