Once upon a time in a kingdom far far away, where magic lives side by side with reality, lived princess Layna. Her kingdom was as large as it was magnificent, where every inhabitant was at peace, be it a super powerful gnome or tiny little fairy with powers to turn any boring old day into an unforgettable celebration. As the princess grew up, her advisors managed the kingdom before she came of age and was allowed to take the throne. Everyone knew of the young heiress' beauty and splendor, but unfortunately, Layna was uninterested in the lives of her future subjects. She spent her days in worry-free joy, blissfully unaware of the responsibility of her future position.
Finally her special day arrived! Nowhere in the kingdom was a single girl more stunning and exuberant than the princess, and nobody could imagine something could ever go wrong... The coronation was held in the sun-soaked throne room, music filled the air, and gallantly dressed members of the court greeted their future queen with smiling faces. It was as if in a fairytale dream, pure joy sent the princess' head spinning, and she could hardly wait till she finally felt the weight of the crown upon her head. Then suddenly, the music stopped... Someone was flying through the crowd to the center of the room. Moments later, frightened to her core, Layna sees a witch before her. She had no idea what was going on. She couldn't even move a finger, almost as if she were under a spell. The uninvited guest's voice broke the deafening silence: ""You, who calls themselves the rightful heir to the throne, are you truly prepared to rule the kingdom and answer for the fate of your simple subjects?! You live in a world of luxury, have never known greif, and at any moment hundreds of hypocritical smiles are ready at your beck and call to bring whatever you so desire on a silver platter... Well then, so it shall be that no spoiled brat shall ever rule us!"" The witch flicked her wrist and a bright light flooded every inch of the throne room. Layna shut her eyes tight, and the floor disappeared... When the princess opened her eyes, she found herself on a haystack surrounded by endless fields instead of royal walls. A young man and his grandfather came rushing out of the nearby house to help her, but neither recognized the young girl as the future queen. Once Layna realized the evil witch's curse clouded the minds of her people, she resolved to hunt her down and prove she deserved to rule the kingdom! Find out if the princess ever manages to break the evil curse, or if the memory of princess Layna is destined to be forever forgotten!

Need help? Use our Royal Roads Walkthrough page or sign up and make your contribution today.

Royal Roads is a strategy game developed by 8Floor, and is available for download on both iOS and Android devices. The app is compatible with iOS 10.0 or later on the following devices: iPhone 11 Pro, X, Xs, SE, iPhone 8, 7, 6, iPad Pro and iPad Mini. 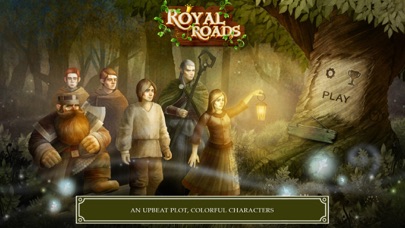 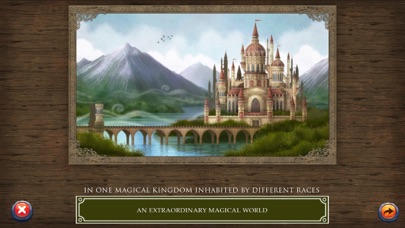 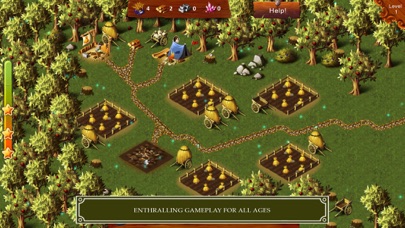 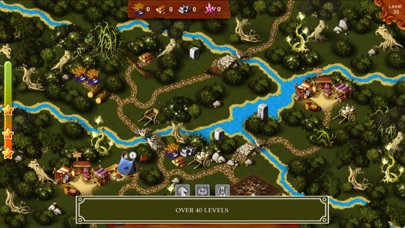 Review: 'Great TM game' 'Love these old school time management games and wish they made more of them. This one is a good price,...

Review: 'Great game, well worth the money' 'Highly recommend this game for the money you get 100 levels and some are very challenging. The only complaint I have...

Review: 'Royal Roads' 'LOVE this game! Not too challenging so I don’t get frustrated, but challenging enough that I do have to...

Review: 'Level 58 fixed!' 'Loving this time management game! 100 levels for a decent price! Just challenging enough without being ridiculously hard! I had no...

Review: 'Royal roads' 'Love the challenges and so many levels but would love 100 more😄'