Free renowned RPG - World of Kings
World of Kings is a 3D MMORPG masterpiece with fantastic graphics. In the massive open world, there are 4 races with distinguished characteristics, 9 classes and 27 advanced classes are available. Raid epic dungeons with global players! There are dozens of 5-25 player dungeons, and various PvP features including pushing carts, capturing flags, taking points and arena. Players could even experience guild sieges of hundreds of people.

When the shadow of the black dragon has covered the land of Tanglamia, righteous heroes are looking for a way to save the world. Open the elder scroll, reveal the secrets of the seven artefacts, take your weapon and save the world, hero!

Raid:
Dozens of epic dungeons of different difficulties;
Team of 5-25 players, fighting against strong enemies together;
Tank, healer, all kinds of DPS, every class has its different role in the team;
Gears come from dungeons loot. The harder the dungeon is, the better the loot will be.

PvP:
Real-time PvP system, experience fair battles;
Capturing flags, pushing carts, taking resources, there are various PvP features in the game;
Multiplayer-battlefield, guild siege of one hundred players, fight for honor;
PvP map with no rules, it is the survival of the fittest.

Build your own hero:
9 classes, 27 advanced classes, all with distinguished characteristics;
Hundreds of mounts and pets will enlarge your collection;
4 races, each with unique stories;
Countless costumes for you to show your character!

Massive open world:
Huge seamless map of 26 square kilometers, every corner of this huge world is accessible;
Stories of millions of words, every character has his or her own story;
Iceland, dessert, jungles, there is a complicated eco-system in this world;
Find beautiful scenery, discover hidden clues, and notice every corner of the world.

Social connection
Meeting global players to fight together;
Communicate anytime in the game, overcome difficulties together;
Join a guild and build stable stronghold hand in hand.

Need help? Use our World of Kings Walkthrough page or sign up and make your contribution today.

Brand-new version of World of Kings: “New Era of Nightbornes” New Events and Features Open the new RACE: 'Nightborne' which is opened the character build! Open the new level maximum: Lv. 70 Open the new map--Darkclaw Mountains and Black Tides: Open the new main story, at the same time added these maps of books, landscape exploration content and corresponding achievements Open the 5th Artifact--Artienos' Sacred Pray Open the new 15 Vs 15 Battlefield: Serenity Shrine. Opening time: 11:00 and 20:00 on Mon/Wed/Fri/Sun Add the Duel: Warriors can fight a 1 v 1 duel!! Rune System: Warriors can unlock it after completing the unlock mission. The powerful riddles effects can be activated by inlaying different runes. Open the new Black Dragon series gem, warriors can be gained by participating in all kinds of event in the game. Now excess gems can be dismantled into gem shards, warriors can change the black dragon dark gem bag at the library NPC Leprechauns Collector. Open the Dragon Lair Treasure Hunt event: This time is opening to explore The Runic Drake's Lair. Warriors can find plenty of rune items and dragon scales in the dragon nest. At the same time, the dragon scale coin store will also release to the exchange of treasure and props to help you. Open the Toy Collection: Collect toys in a variety of ways to make your adventure in Tanglamia more fun while gaining attribute growth. Open the new legendary gear forging system, consume few material to improve the gear level of it, and it can be tired-up after forging. Open the new Master-Apprentice System. New Functions and Bonus Add the Race transfer function, warriors who reach Lv 60 and complete the class awaking could unlock this function at the Master Beautician. Open the team matching function of Battlefield,Colosseum and Showdown of Glory, now, warriors can join the PvP with your friends!! Open the Squad PvP function: The warriors of same squad can team up to participate in 2v2, 3v3, 5v5. It's the time to win the champion squad!! Open the Race talent function: It will be unlocked when the warriors reach Lv 61, and then gain the talent point when they level up. There are five branch: Earthen, Water, Fire, wind and Light&Shadow, each race has a bonus on a different branch. Race talents provide additional defensive abilities, as well as special privileges such as experience bonuses! Open the new turn of Sign-in reward, all warriors can claim the rewards via continuous login, even Time-limited out of print mount and costume!! Open the directly exchange between coupons and diamond. Click the plus button on the back of the diamond in the currency column to exchange it. Open the new ranking-Black Dragon Expedition, warriors can compete in terms of level, gear level, guild prosperity, popularity of gifts received, contribution of gift giving, and spouse intimacy, the top-3 of ranking can gain the special time-limited title! Open the new King Privilege-The Chosen Child, mysterious rune packs and new privileges are available daily after purchase. Open the new Growth Fund-Majesty Fund，gain the equal value coupons when you purchase it, and then gain the huge number of diamond award with the growth of gear level.

About World of Kings

World of Kings is a free-to-play action game developed by ZLOONG, and is available for download on both iOS and Android devices. The app is compatible with iOS 8.0 or later on the following devices: iPhone 11 Pro, X, Xs, SE, iPhone 8, 7, 6, iPad Pro and iPad Mini. 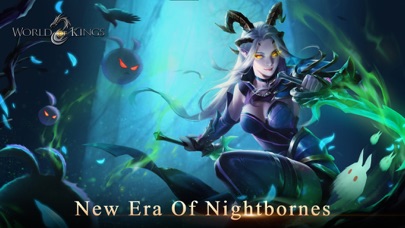 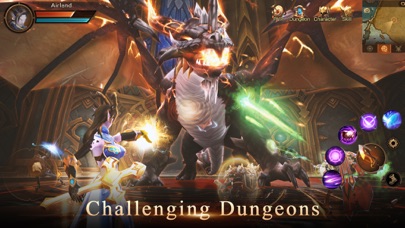 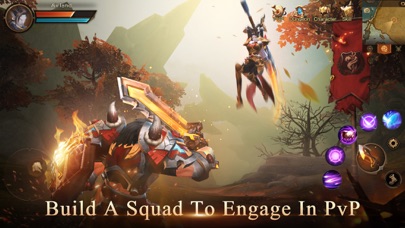 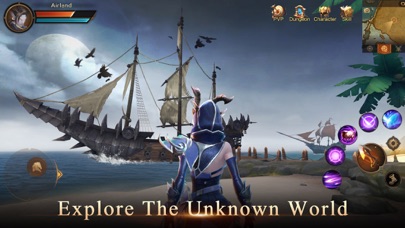 Review: Please fix First off I really enjoy this game but I ran into some issues yesterday I was charged 35 bucks and did...

Review: Please make it more faster to load It takes forever it to load and I haven’t played it yet

By The best raider

Review: Òó Ok first best game ever but I’m a kid and I’m 10 and so far there a age restriction...

Review: Great game Very old school MMO experience. And a ton of fun for all the exact reasons you’d expect from that...

Review: Ripped straight from WOW It’s a pretty good game. The graphics are good, sound affects are a little weird sometimes though haha. You...